Bony is a village and commune approximately 21 kilometres north of St Quentin, close to the St Quentin Canal. The Somme American Cemetery is situated a kilometre south-west of the village on the Hargicourt road. The cemetery contains three Commonwealth war graves — 2 Royal Air Force Officers and 1 New Zealand soldier who fell in June—August 1918. The other British graves have been removed to Unicorn Cemetery, Vendhuile. 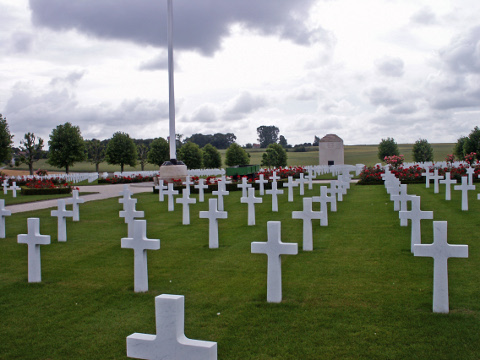 The cemetery covers an area of 14 acres and contains the graves of 1,844 American Servicemen.

At the entrance to the cemetery is a small chapel with a bronze door, surmounted by an American eagle. The walls commemorate the 333 Americans whose remains were never recovered or identified.

The cemetery is open daily to the public from 0900 hours to 1700 hours except on 25th December and 1st January.

It is open on French national holidays.

When the cemetery is open to the public, a staff member is on duty in the Visitors’ Building to answer questions and escort relatives to grave and memorial sites. 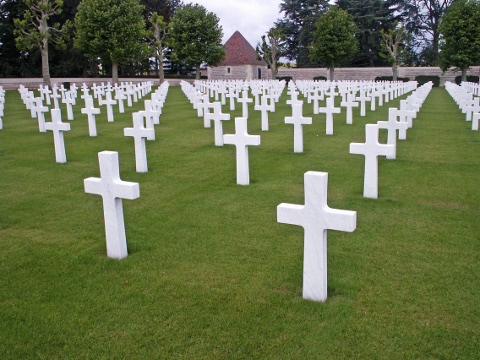 Amongst the graves you will find three Medal of Honor recipients. All three died fighting in the last couple of months of the war, Robert Blackwell of the 119th Infantry being killed on 11th October 1918. 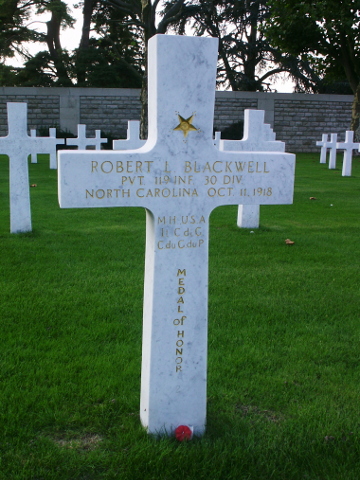 When his platoon was almost surrounded by the enemy and his platoon commander asked for volunteers to carry a message calling for reinforcements, Pvt. Blackwell volunteered for this mission, well knowing the extreme danger connected with it. In attempting to get through the heavy shell and machine-gun fire this gallant soldier was killed. 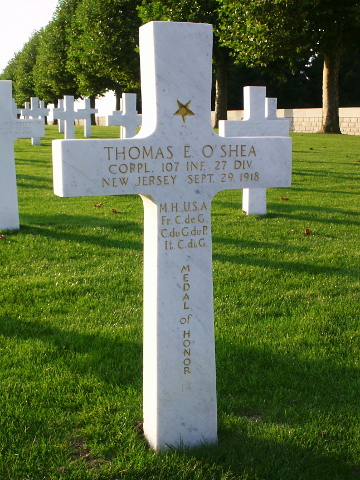 Becoming separated from their platoon by a smoke barrage, Cpl. O’Shea, with two other soldiers [Sgt. Alan Eggers and Sgt. John Latham], took cover in a shell hole well within the enemy’s lines. Upon hearing a call for help from an American tank, which had become disabled 30 yards from them, the 3 soldiers left their shelter and started toward the tank under heavy fire from German machine guns and trench mortars. In crossing the fire-swept area Cpl. O’Shea was mortally wounded and died of his wounds shortly afterwards. 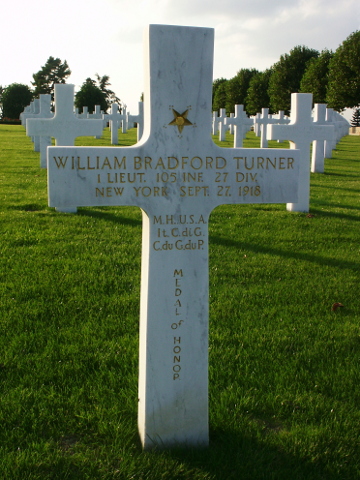 He led a small group of men to the attack, under terrific artillery and machine-gun fire, after they had become separated from the rest of the company in the darkness. Single-handed he rushed an enemy machine gun which had suddenly opened fire on his group and killed the crew with his pistol.

He then pressed forward to another machine-gun post 25 yards away and had killed 1 gunner himself by the time the remainder of his detachment arrived and put the gun out of action. With the utmost bravery he continued to lead his men over 3 lines of hostile trenches, cleaning up each one as they advanced, regardless of the fact that he had been wounded 3 times, and killed several of the enemy in hand-to-hand encounters.

After his pistol ammunition was exhausted, this gallant officer seized the rifle of a dead soldier, bayoneted several members of a machine-gun crew, and shot the other. Upon reaching the fourth-line trench, which was his objective, 1st Lt. Turner captured it with the 9 men remaining in his group and resisted a hostile counter-attack until he was finally surrounded and killed. 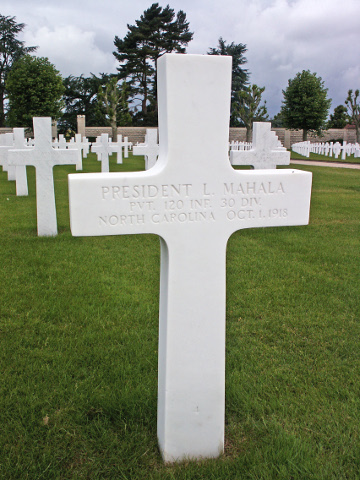 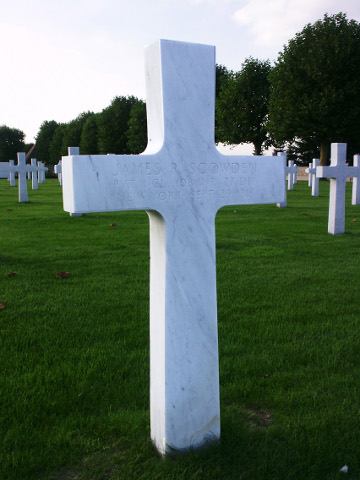 There are three Commonwealth burials within the cemetery. All three were American nationals. 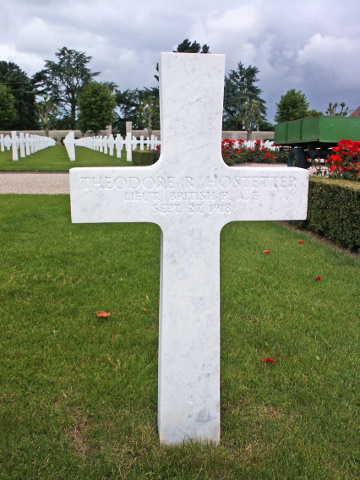 Soldiers of the 33rd US Division fought alongside the Australians at Le Hamel. During the battle Corporal Thomas Pope’s actions resulted in him receiving the first Medal of Honor awarded in France (he survived the war).