This is the D169 which passes between Laventie and Fauquissart.

It is as easy though to take the D 171 which is the main road between Fleurbaix and Neuve Chapelle. Just to the north of Fauquissart take the junction west signposted for the Laventie German Cemetery (Soldatenfriedhof). Continue past the German cemetery and turn right at the next crossroads on to the D 169. 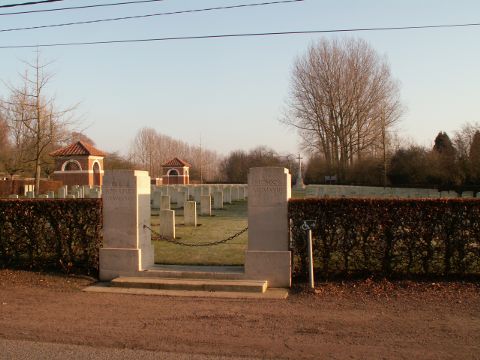 Laventie is a village and commune in the Department of the Pas-de-Calais. The Rue-du-Bacquerot runs South-East of the village, towards Fleurbaix; and the position of the road behind the British front line, during the greater part of the war, made it the natural line of a number of small British cemeteries.

One of these was begun in November 1914, and used, at first, particularly by the 1st Royal Irish Rifles.

The Royal Irish Rifles Graveyard, was carried on by fighting units until July 1916; and these original burials are now in Plots I and II. 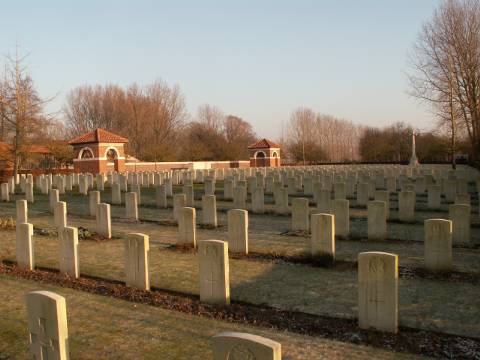 It was increased after the Armistice by the concentration of graves (chiefly of 1914-15 and 1918) from other cemeteries and from the battlefields East of Estaires and Béthune.

There are now over 800, 1914-18 war casualties commemorated in this site. Of these, nearly 350 are unidentified and special memorials are erected to three soldiers from the United Kingdom known to be buried among them. Other special memorials record the names of two soldiers from the United Kingdom, buried in Laventie South German Cemetery, whose graves could not be found.

The Graveyard covers an area of 2 872 square metres. 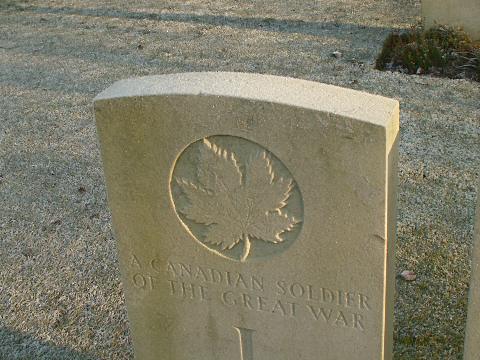 A Canadian grave in the frost 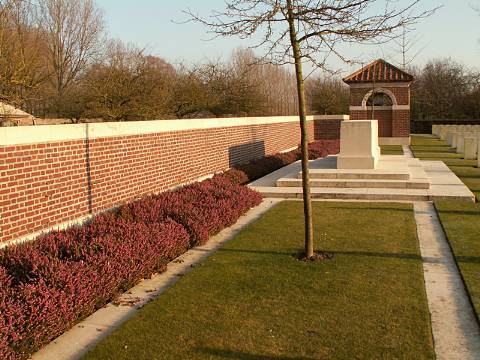 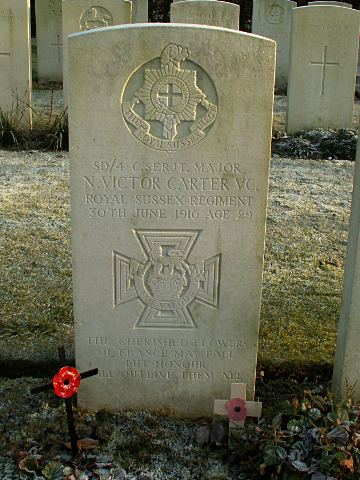 For most conspicuous bravery. During an attack he was in command of the fourth wave of the assault. Under intense shell and machine gun fire he penetrated, with a few men, into the enemy’s second line and inflicted heavy casualties with bombs.

When forced to retire to the enemy’s first line, he captured a machine gun and shot the gunner with his revolver.

Finally, after carrying several wounded men into safety, he was himself mortally wounded and died in a few minutes. His conduct throughout the day was magnificent. 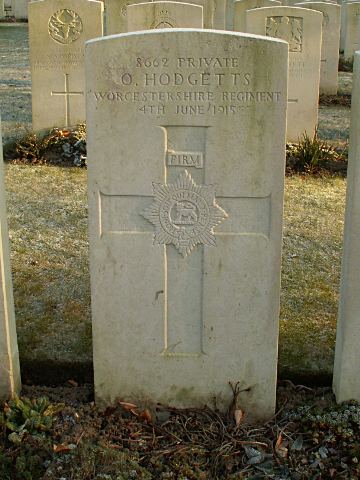 Hodgetts was a regular soldier who had been serving on the Western Front since 1914. He had brought attention to himself by his absences in times of battle. He had gone missing during the Battle of Neuve Chapelle and again at Festubert in May 1915.

On the 12th May 1915 Hodgetts reported sick with a sprained ankle to explain away his absence since the 9th. The doctor could find no trace of injury and on the 22nd May Hodgetts was brought before a Court Martial.

His previous absences and disciplinary record were brought to light and his commanding officer: Major St G Grogan (A future Brigadier General and VC holder) in effect damned him to a firing squad by stating that he was useless as a fighting soldier being only intent on saving his own skin. 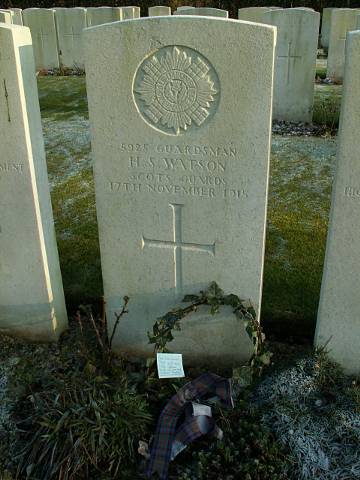 Dear great grandpa Hugh
with much love, Catherine and all
your living relatives. 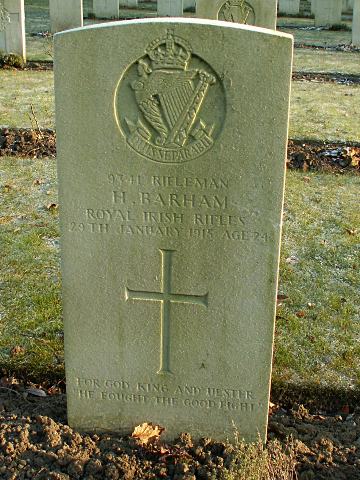 For God King and Ulster
He fought the good fight