This memorial plaque is situated near the village of Neuve Chapelle.

From the Indian Memorial to the Missing at the roundabout of the D 947 and the D 171, take the latter northwards towards Armentières. Take the next junction to the right (D 168) and then the following to the left onto the Rue des Brulots. 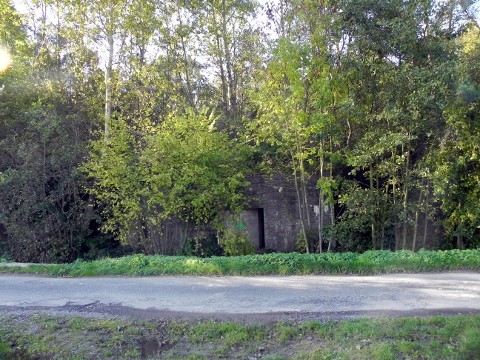 German blockhaus on the edge of the Bois de Biez

This takes you along the front of the Bois de Biez which saw much fighting in 1915. There are still German blockhauses within it. Immediately after the wood ends on your right you will see the stèle and plaque on your right in what is now the Rue de Piètre. 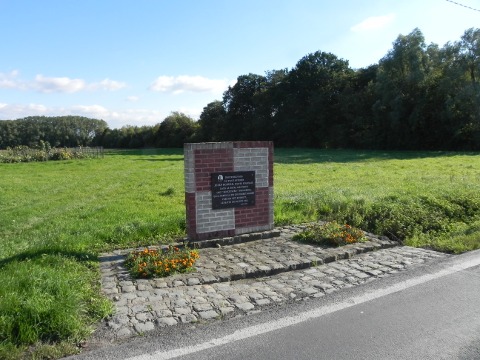 Should you wish to visit Aubers Ridge British Cemetery continue along this road and turn right towards Aubers at the small roundabout at its end. On reaching the main D 141 road turn left towards Fromelles and then right following the CWGC sign for the cemetery. 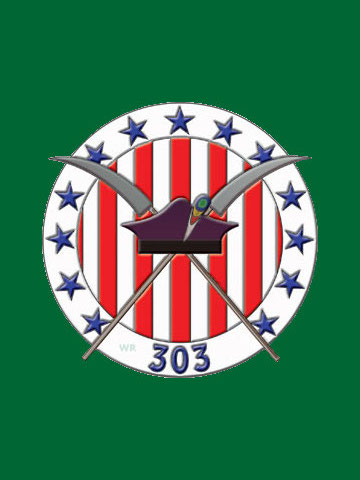 Pilot Officer Jozef Bondar was a member of No. 303 (Kosciuszko) Squadron RAF who was shot down over Aubers on the 28th June 1941 whilst flying a Spitfire Mk.Iib (P8346 RF-T). He is buried in Aubers Ridge British Cemetery (Grave: VI G 2)

No.303 Squadron RAF was formed at RAF Northolt on 22nd July 1940, with Polish personnel evacuated from France and became operational with Hawker Hurricanes before the end of the month.

The squadron was named after the Polish hero General Tadeusz Kościuszko.

It took part in the Battle of Britain until mid-October achieving one of the highest rates of victories of any squadron (For the most part the other top rated squadrons were equipped with Spitfires). Having been withdrawn to Yorkshire for defensive duties in late 1940 the squadron returned to Northolt in January and was eventually re-equipped with Spitfires.

Together with No. 306 (Polish) Squadron they formed No. 1 Polish Fighter Wing and began offensive sweeps over France racking up an impressive number of victories against the German squadrons.

Apart from these missions others were codenamed Rhubarb, when the squadrons would make use of a low cloud base to carry out raids against opportunist targets on the ground.

On 28th June 1941 during one of their offensive sweeps the Squadron claimed another four Messerschmitt Bf 109 fighters, but Jozef Bondar was shot down and killed by Unteroffizier Emil Babenz of 3./JG 26 (His second victory of twenty-four). 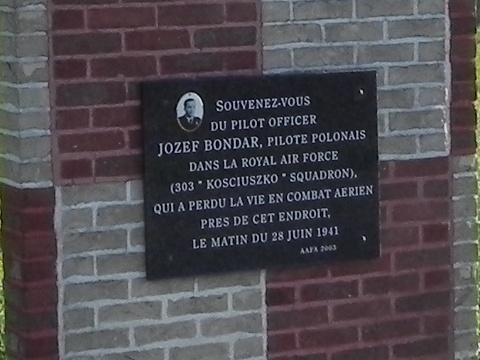 The memorial plaque was unveiled on 28th June 2003.