There is a parking area for this cemetery, the New Zealand Memorial within Buttes Cemetery and Polygon Wood Cemetery — on the roadside. 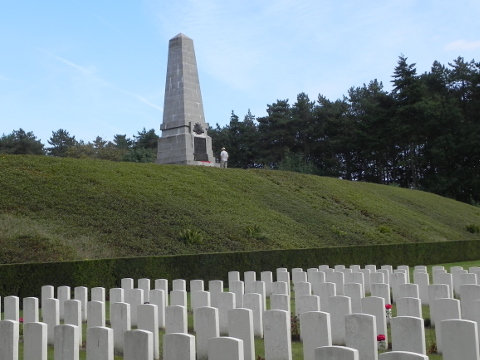 A dawn service is held here on ANZAC Day : 25th April. A shuttle service running from one of the Bellewaerde Park Car Parks. 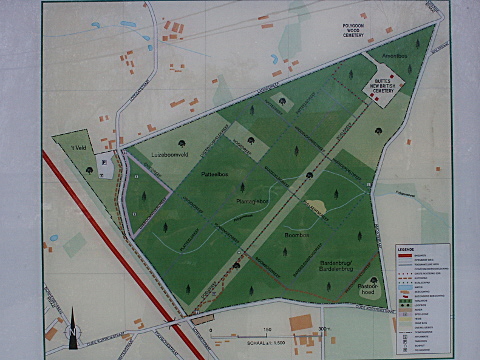 A walled avenue leads from Polygon Wood Cemetery, past the Cross of Sacrifice, to the Buttes New British Cemetery. This burial ground was made after the Armistice when a large number of graves (almost all of 1917, but in a few instances of 1914, 1916 and 1918) were brought in from the battlefields of Zonnebeke.

There are now 2,108 Commonwealth servicemen of the First World War buried or commemorated in Buttes New British Cemetery. 1,677 of the burials are unidentified but special memorials are erected to 35 casualties known or believed to be buried among them.

The cemeteries and memorial were designed by Charles Holden. 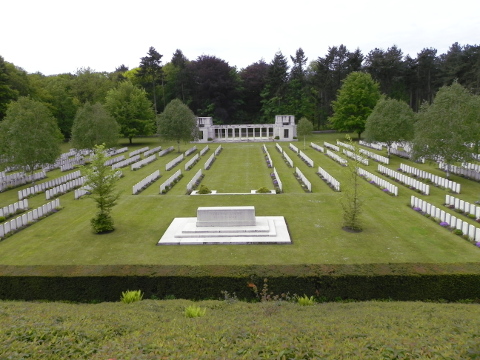 Looking down towards the memorial from the buttes 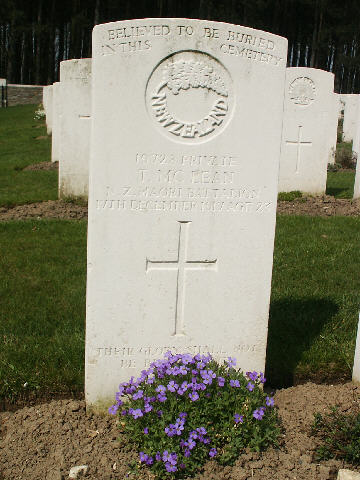 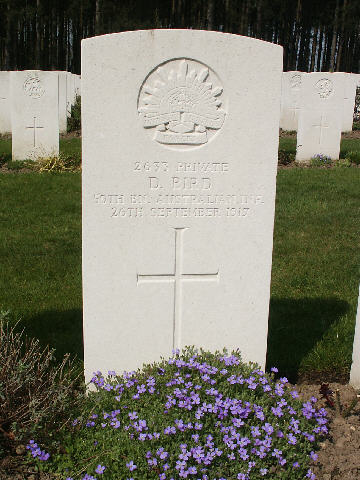 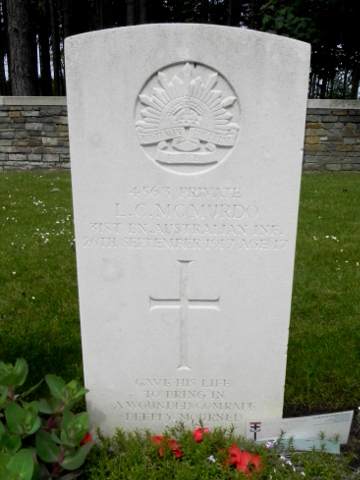 Gave his life
To bring in
A wounded comrade
Deeply mourned 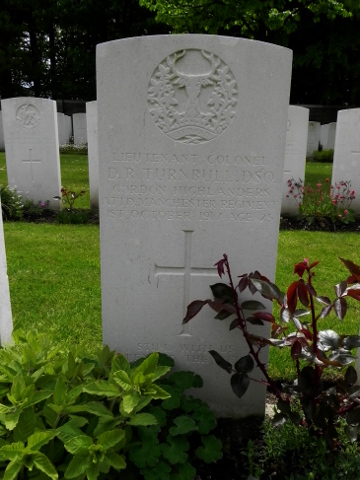 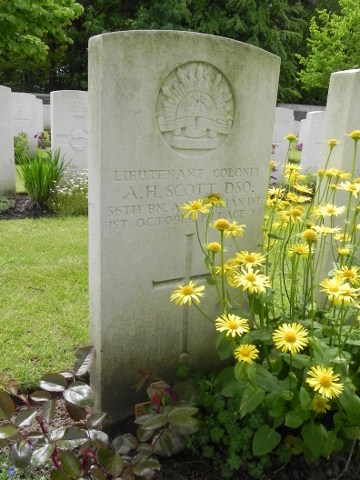 One of Australia’s youngest battalion commanders, Scott had fought at Lone Pine, at Gallipoli. On the 1st October 1917 he was handing over the line to the 20th Manchester Regiment when a single round killed him and Lt Colonel Turnbull (above).