At 2300 hours on the 21st August 1914 the 2e CA (Corps d’Armée — 2nd Army Corps) positioned around Stenay and Montmédy received its instructions for the following day.

The Corps would advance in a single column via Tintigny towards Léglise. On the right the 4e CA would march from Virton to Etalle. On the left the Colonial Corps had been ordered to reach Neufchâteau.

The advanced guard at Bellefontaine was required to be on the march by 0600 hours.

This was going to prove impossible. The soldiers had been marching for three days without proper rest periods along a single prescribed route. The War Diary puts a brave face on things by stating that the orders could not be carried out: in the best of conditions.

The 4e DI (Division d’Infanterie — 4th Infantry Division) had received its marching orders at 1500 hours on the 21st. Whilst their cavalry scouts, the 19e Chasseurs set out for Bellefontaine, the main body of troops had only reached Villers la Loue at 1900 hours. The weather was bad, the troops tired and all of the roads totally congested. 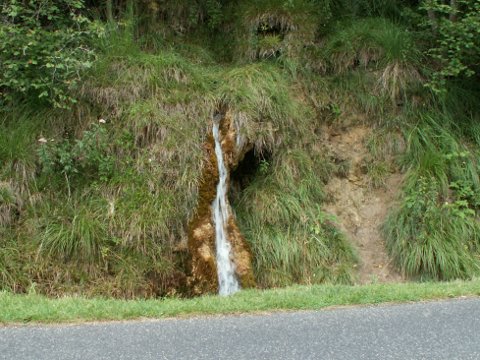 When Général Cordonnier commanding the 87e Brigade d’Infanterie reached Sommethonne he found that the roads were a nightmare. Having spoken with some of the local inhabitants he was informed that there was a perfectly serviceable track running from just east of Sommethonne to Meix.

Taking this route with the 120e RI (Régiment d’Infanterie — 120th Infantry Regiment) he managed to leap-frog the 7e Brigade who were still trudging along the route via Houdrigny. 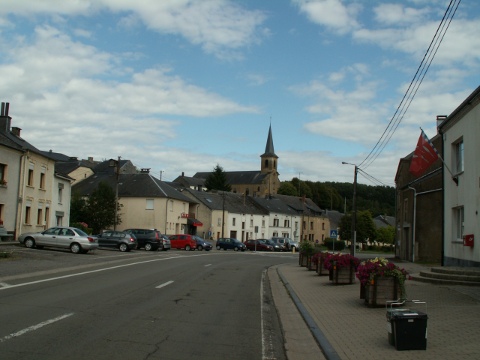 When the 4e DI received the orders for the following day they altered them to take into account the actual disposition of their troops. In theory the entire body was supposed to be on the move by 0500 hours but only the 120e RI was actually capable of doing so. 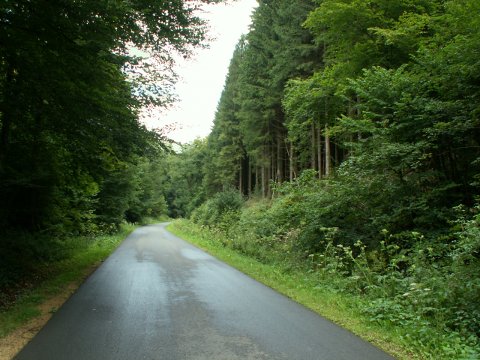 The route from Meix to La Hage

Moving up through the forest by a narrow road the lead battalion reached La Hage by 0630 hours where they were warned by the Chasseurs that there was a contingent of about 1,500 Germans in the area of Tintigny; that prisoners had revealed a further three regiments at Ste Marie to the east and that the French Colonial Corps had already reached St Vincent (about 2 kilometres to the north west of Bellefontaine).

The speed with which the professional soldiers of the Colonial Regiments had advanced would prove to be their undoing over the next twenty-four hours. 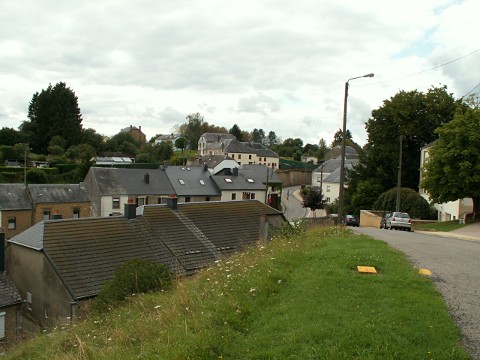 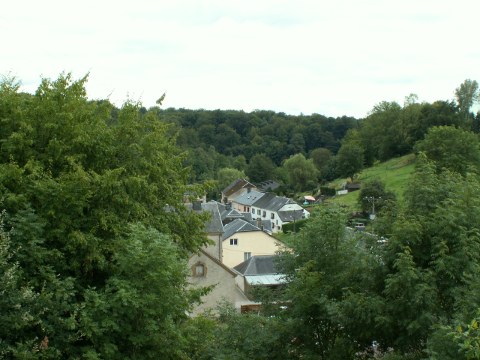 Looking into the forest from La Hage

Having reached Bellefontaine, the 120e RI prepared their positions and waited on the rest of the column to reach La Hage — at 0830 hours. Shortly afterwards, Général Rabier, commanding the 4e DI, arrived at Bellefontaine and set out his plan to cover the advance of the main body of troops. 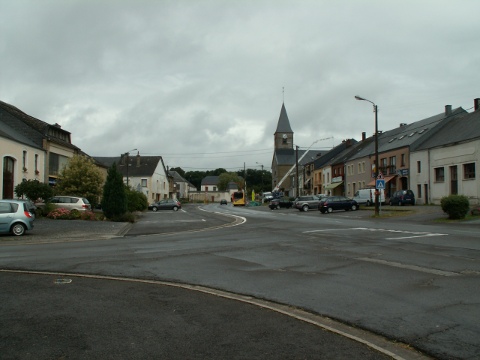 The 120e RI would advance as far as Ansart via Tintigny (2e Bataillon), in line with Han on the Etalle road (3e Bataillon) and cover the west of Bellefontaine towards Tintigny (1er Bataillon). A Battalion of the 147e RI would position itself on the Tintigny-Fresnois road at the junction towards Breuvanne.

For this account it can be taken that the French Regiments mentioned consisted of three battalions. In the recorded accounts things are confused by referring to the battalions by their Commanding Officer’s name rather than its number. This can become a mess when the CO is injured and somebody else takes over. I have stuck to a Roman numeral and regiment : I/120e RI. This also works for the Germans.

Lt Colonel Mangin commanding the 120e RI directed that the I/120e RI would initially remain in Bellefontaine as a reserve whilst the other two battalions began the advance.

It needs to be remembered that the French believed that they had some distance yet to march before encountering the enemy in any great number. They also believed that when contact was made that they would be taking the Germans in the flank.

At 0930 hours the French moved out of Bellefontaine and were almost immediately met by heavy firing from the woods in front of them. Within minutes German infantry began counter attacking from the Fagne du Plane which is the northern sector of the Bois de Tintigny. The III/120e RI were completely engaged in meeting this attack led by the German Infantry Regiment Nr 10.

At the same time the II/120e RI were also assailed by Germans coming from the woods to the west of Bellefontaine.

Realising that he was opposed by considerable numbers who were not only fighting out of positions within the woods but also had considerable artillery support, Lt Colonel Mangin set about organising the defences of Bellefontaine with his Company of Engineers (Génie) and the I/120e RI.

The two leading battalions however were sent to ground by the German artillery, their own guns were still not close enough to be able to come into action. To the east of Bellefontaine the French were slowly pushed back and then out of the woods. To the north the II/120e RI were being sorely pressed by heavy numbers of German infantry attacking from the direction of the Château de Villemont.

Far from piercing the German movement in the flank the 2e CA had met the Germans head on as the Schlieffen plan pivoted the German 4th Army into its path.

The close of battle
Conscript Armies