The Moulin sous Touvent Soldatenfriedhof is situated approximately 8 km to the north of Vic sur Aisne. As you reach the outskirts of Nampcel you reach a crossroads with the Nampcel Soldatenfriedhof on the right hand side of the road (D 145). Turn left onto the the D 335 and within a kilometre you will find this cemetery on your left. 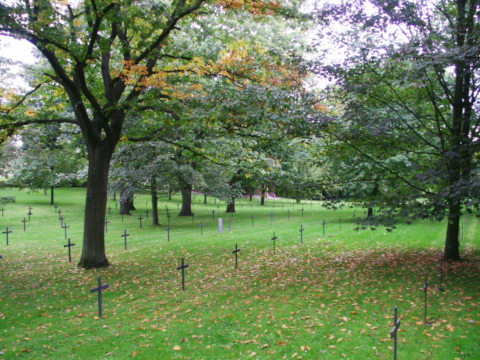 Smaller than its neighbour at Nampcel, the cemetery at Moulin sous Touvent contains the graves of 1 903 German soldiers.

Like most of the German cemeteries the graveyard was started by the French Military authorities in 1920 and acted as a concentration cemetery for a 25 kilometre radius. The last graves were prepared in 1927.

The history of the area is much the same as that at Nampcel with the German Army suffering casualties during their retreat in 1914 and the subsequent offensives of 1918.

Almost unusually for a Soldatenfriedhof all of the solders have their individual graves. Only six of the soldiers are unknown. 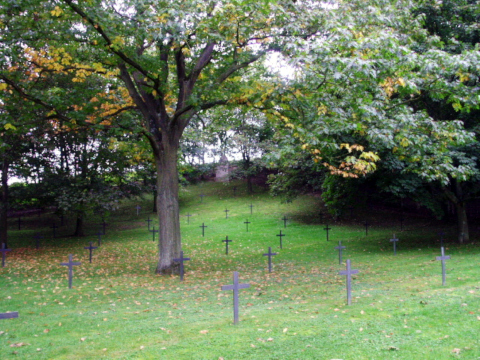 There is a monument in the cemetery (up near the back fence) to the 96th Reserve Regiment. Originally it had been located at the cemetery in the Forêt d’Ourscamp at Bailly (about 12 km off to the west) before being brought here with those graves. 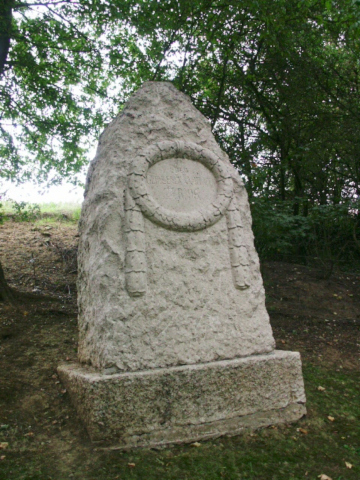