The village is situated approximately 35 km north of Verdun in the Loison valley.

Mangiennes Soldatenfriedhof is situated on the western side of the village. It is well sign posted from the central square. 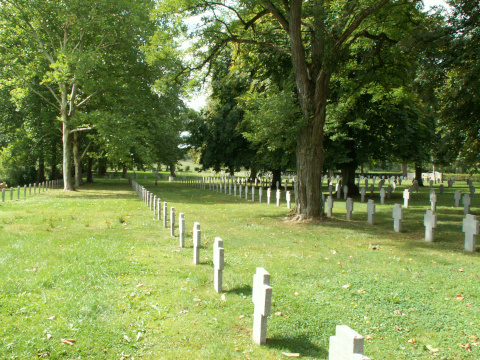 The village saw the first combat on French soil during the First World War on the 10th August 1914. Twenty-one of those buried here fell on that day.

The cemetery contains the remains of 3589 German war dead and one soldier from the Imperial Austro-Hungarian Army.

One of those buried here is the physician Dr John Breuer, co-initiator of the German Youth Movement Wandervogel and publisher of the song collection Zupfgeigenhansl who fell on the 20th April 1918 (Grave: Block 6 Grave 178). 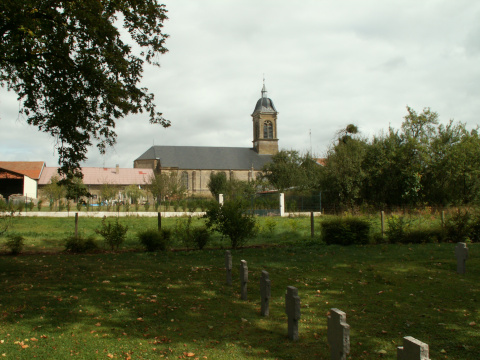 After the war the French Military authorities closed a number of the smaller German cemeteries concentrating the soldiers into Mangiennes.

The soldier of the Austro-Hungarian Army belonged to the Imperial Army Field Artillery Regiment 206, which had been sent with other artillery regiments from February 1918 to support their German allies on the Western Front, particularly in the area of Verdun. 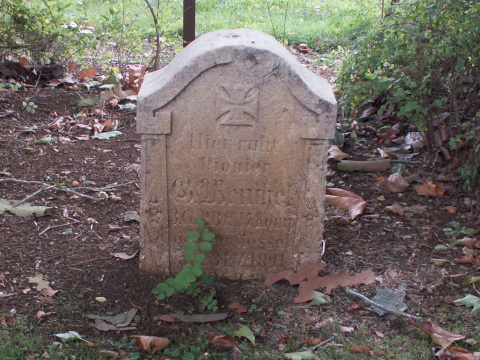 One of the original headstones

Work began on the cemetery during the twenties and by 1930 the trees had been planted. At this time though the graves would still have been marked for the most part with wooden crosses. There is an interesting collection of original stone gravestones at the rear edge of the cemetery.

Finally in 1969 the temporary grave markers were replaced with the engraved grey stone that you can see today. 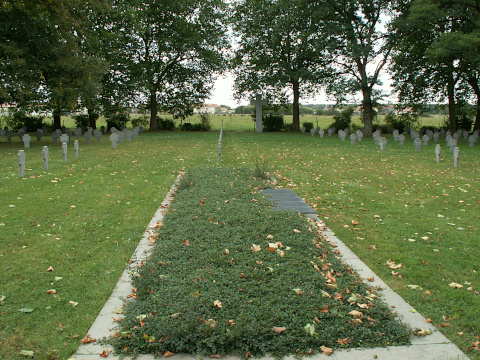 Of the 3589 casualties 3332 lie in individual graves with five of them being unknown (Unbekannt). There are are a further 257 burials in a mass grave, and of these 116 are unknown. Those known to be buried amongst them are commemorated on a plate running along the front of the grave.

There are 17 soldiers of Jewish faith whose graves can easily be recognised by the stele rather than a cross.

600 of those buried here died when their bunker was buried during a French artillery bombardment – none of those trapped survived. 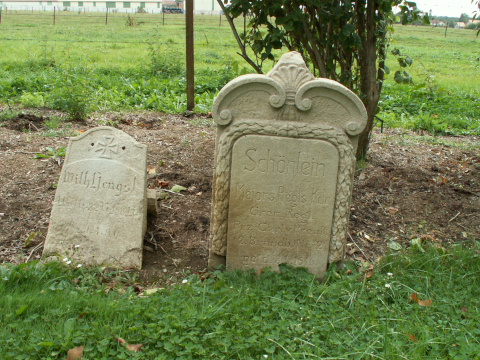 One of the older gravestones is that of Major Friedrich Schönlein, who was the Regimental Commander of the Grenadier-Regiment Prinz Karl von Preußen (2. Brandenburgisches) Nr. 12 at Fort Douaumont when he died in the great explosion there on 8th of May 1916. He was killed when part of his bedroom ceiling collapsed on top of him. He is buried a few metres away. 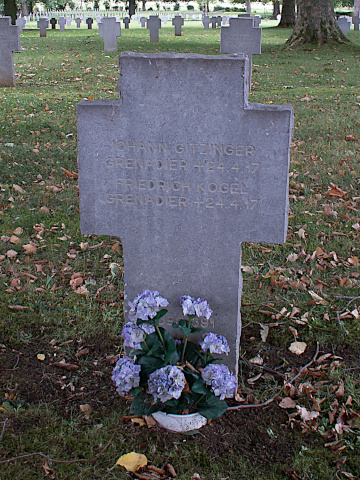