Annoeullin is a village in the Department of the Nord, approximately ten kilometres east of La Bassée and four kilometres north of Carvin on the D41. The Communal Cemetery is in the south-east part of the village. The three Commonwealth war graves will be found on the extreme right of the Calvaire. The German Extension is adjacent to the Communal Cemetery. 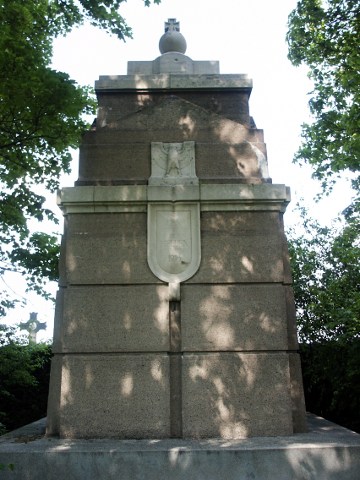 The Monument to 2 Garde Reserve Division

The German Extension on the South-East side of the Communal Cemetery was begun in October 1915 following the heavy fighting west of the village on the front between Armentières and Lens (The Battle of Loos). It remained in use until October 1918.

The majority of the casualties are from the period of the Allied offensives of the spring and autumn in 1917 and the German attacks in the spring of 1918.

Within the cemetery there is a stone monument in memory of the soldiers of the 2 Garde Reserve Division.

The cemetery was enlarged by the French after the Armistice, when 23 British graves were removed to Cabaret-Rouge British Cemetery, Souchez. One grave remained; that of Albert Ball VC following the wishes of his parents. His grave is marked by a commemorative headstone.

There are three 1939-1945 Commonwealth war casualties within the Communal Cemetery.

Little was done to the cemetery in the inter-war years and it was only after the conclusion of the Franco-German War Graves Agreement of 19th July 1966 that the cemetery was finished. In 1980 the old wooden markers were replaced by metal ones inscribed with the casualties name. 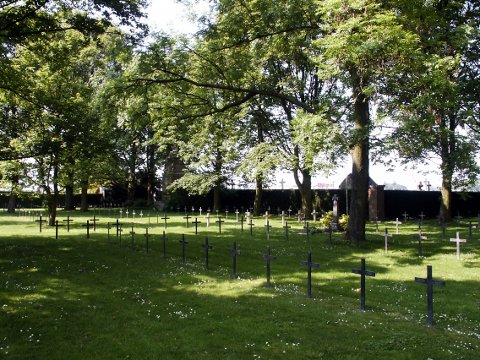 Of the 1,627 casualties 1,593 have individual graves. Only eleven of them are unknown (Unbekaant). There are three common graves which contain the remains of 34 soldiers one of whom is unknown.

The two tombs of Jewish soldiers are recognisable by their stone stele whilst the tombs of seven Russian Prisoners of War are marked by the standard white French cross. 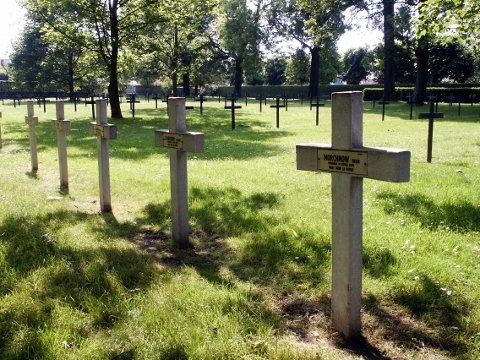 There are seven Russian POWs 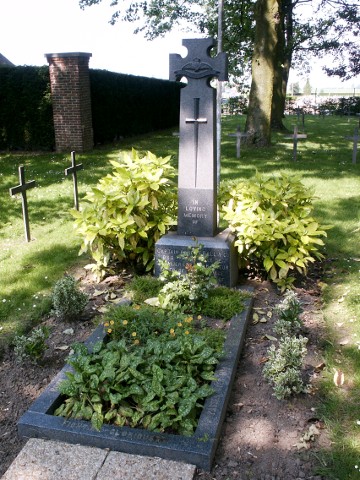 For most conspicuous and consistent bravery from the 25th of April to the 6th of May 1917, during which period Captain Ball took part in twenty-six combats in the air and destroyed eleven hostile aeroplanes, drove down two out of control, and forced several others to land.

In these combats Captain Ball, flying alone, on one occasion fought six hostile machines, twice he fought five and once four. When leading two other British aeroplanes he attacked an enemy formation of eight. On each of these occasions he brought down at least one enemy.

Several times his aeroplane was badly damaged, once so seriously that but for the most delicate handling his machine would have collapsed, as nearly all the control wires had been shot away.

On returning with a damaged machine he had always to be restrained from immediately going out on another.

In all, Captain Ball has destroyed forty-three German aeroplanes and one balloon, and has always displayed most exceptional courage, determination and skill.

Although the French and German public had already started to idolise their flying Aces Major General Hugh Trenchard wished to avoid having personalities, however Albert Ball’s youth and individualism quickly earned him a reputation at home.

Ball had taught himself to fly whilst in England in the hope of getting out to the Western Front faster than with his regiment. He soon showed a remarkable capacity as a stalker of enemy aircraft but also proved to be a pilot that preferred to work alone. He would never be a team player.

On the evening of 7th May 1917 Ball was leading a formation from his No 56 Squadron near Douai (Occupied by the Germans since 1914) when they encountered craft from Jasta 11 led by Lothar von Richthofen (the younger brother of the squadron commander: Manfred – The Red Baron).

Ball was seen to have engaged with von Richthofen but what happened afterwards is shrouded in mystery. Lothar was forced to land near Annoeullin whilst Ball’s machine was observed falling from the sky. He crashed near the farm of Cécile Deloffre in German occupied territory. The young Frenchwoman pulled him from the wreckage but he died in her arms.

The Germans gave a victory to Lothar von Richthofen, whilst the British claimed mechanical failure. Posthumously Albert Ball was promoted to Captain and awarded the Victoria Cross.

In 1999 the new college in Annoeullin was named (at the request of the students):
Collège Albert Ball. 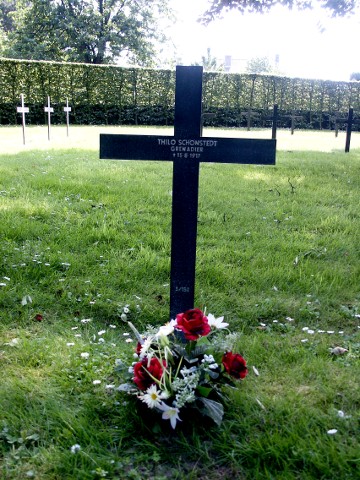 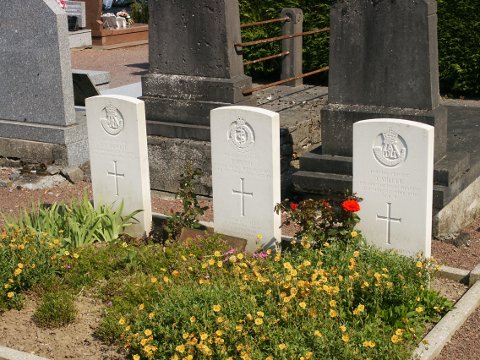