Bouchoir is a village on the straight main road from Amiens to Roye. From Peronne take the N17 to Roye then the D934 to Amiens. Travel for approximately 8 kilometres and just before the village of Bouchoir the cemetery will be found on the right hand side of the road.

It is not quite as simple as that. This section of the D 934 is a dual carriageway and can be very busy. The speed limit is 110kph and there are speed cameras. Do not attempt to park outside the cemetery on this road.

Coming from Amiens the main road by-passes Bouchoir village but the cemetery is well signposted with the green CWGC panels. Continue towards Roye (Pronounced R-wah not R-oy) and you will see the cemetery on the other side of the dual carriageway.

Take the next junction to your left and you will see the CWGC sign pointing towards the cemetery. The same now goes if coming from the other direction. The sign is actually pointing down a track running alongside the dual carriageway. It will meet the cemetery and follow around the wall before continuing out the far side to rejoin the carriageway. So if you miss the turn continue towards Bouchoir and then turn back on yourself. 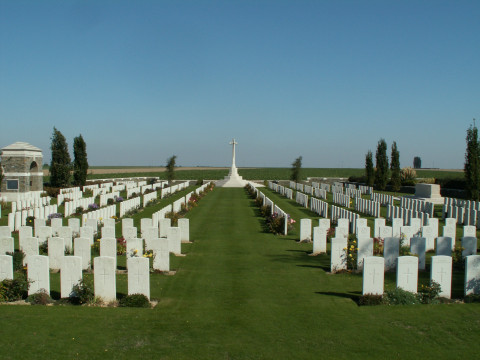 The village of Bouchoir passed into German hands on 27 March 1918 but was recovered by the 8th Canadian Infantry Brigade on 9 August 1918.

The New British Cemetery was made after the Armistice when graves were brought there from several small Commonwealth cemeteries and from the battlefields round Bouchoir and south of the village. Almost all date from March, April or August 1918.

The cemetery now contains 763 burials and commemorations of the First World War. 231 of the burials are unidentified but there are special memorials to five casualties known or believed to be buried among them. Another special memorial commemorates an airman buried in Laboissière German Cemetery whose grave could not be found. 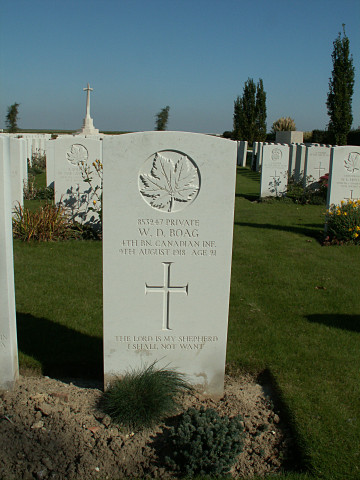 In March 1918 William Boag had left his name and number inscribed on the wall of the church at Ecoivres in the Pas de Calais. 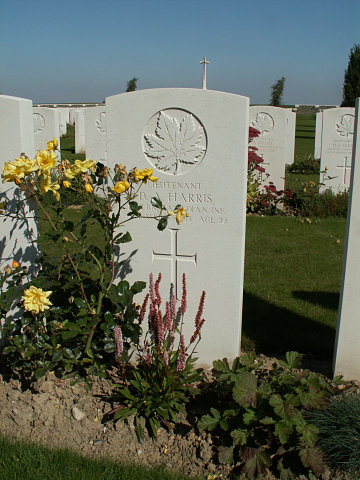 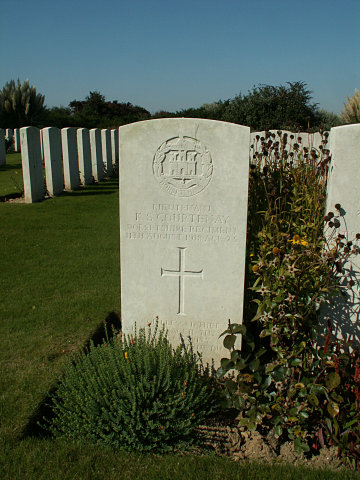 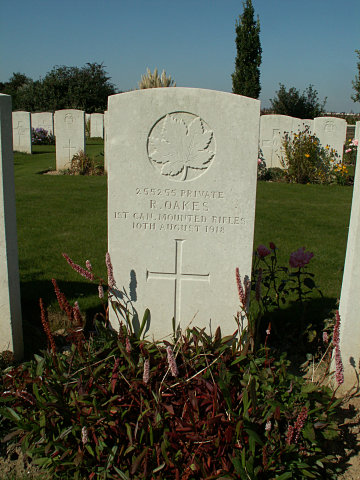 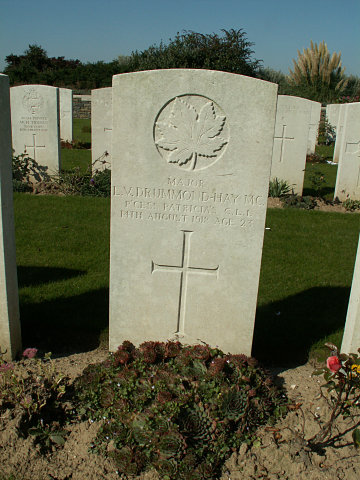 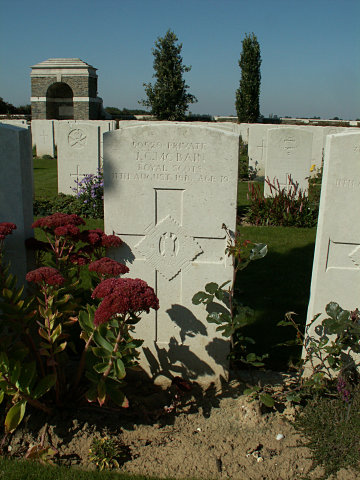 A few kilometres away in the Churchyard Extension at Warvillers lies the Cree marksman Henry Norwest MM and Bar. (Grave A 30). He won his first Military Medal during the great Canadian victory at Vimy in April 1917.

Opposite Warvillers cemetery there are two memorials.