The small village of Siracourt is situated just off the Arras-Montreuil road D 939 near to St Pol sur Ternois. Coming from Arras you will come off the St Pol by-pass with the motor circuit at Croix en Ternois on your right. At the next crossroads turn left following the sign for Siracourt.

Coming from the coast you will come into Croix en Ternois (70 kph) and turn right before you enter the by-pass. 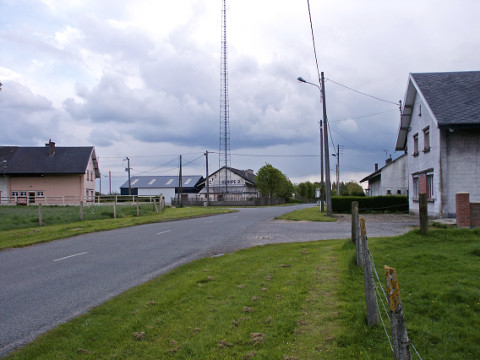 Having turned for Siracourt take the next road to your right — Rue du Blockhaus. As you come round the next bend you will see a panel for the bunker. It is possible to park on the right but do not block driveways.

To leave again continue your way along the road — noting the Canadian styled farmhouse at the end of the road. Following the liberation of France in 1944 Canadian troops helped rebuild the village, in the only manner they knew how which created a number of Canadian buildings. Turn left at the farmhouse and then left again at the Mairie which will take you back to the main road. 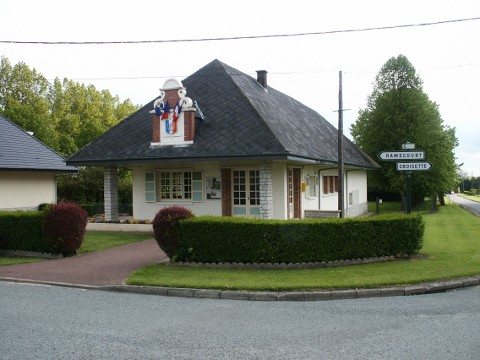 The panel warns that you visit the site at your own risk — wear good shoes as it can be slippery.

Four huge bunkers were supposed to have been built to launch the V-1 bombs and the most complete of these is situated about 20 minutes drive from Arras, towards St Pol in the village of Siracourt.

Whilst it may have been intended to use them, their size made them all too identifiable and the end of their days was probably used as a decoy for other developments.

In June 1943 the Allies were hampering German construction efforts and Siracourt was commenced a month later using a new method of construction. Rather than trying to build the chambers and then strengthening the roof the new idea was to create the walls by digging the necessary trenches and pouring in the concrete. Once that had been done the roof (which was about five metres thick) was poured directly onto the walls and the field in between.

Once the outer casing had been finished teams were then sent in to hollow out the interior. A panel at Siracourt tells us that Soviet prisoners of war were used at the site. 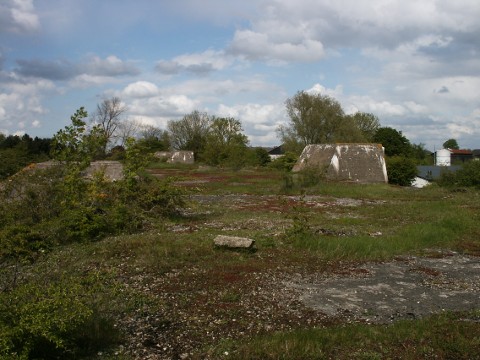 The construction was noted by the RAF in October 1943 and the first bombing raids were made against it on the 24th February 1944.

Even if these Wasserwerk buildings had been completed they were flawed from the design board.

The company that had been directed to draw up the plans for the bunkers had never been told what they were going to be used for. They therefore used the standard material of reinforced concrete. It is quite evident looking at Siracourt that it is riddled with iron rods and it would therefore have been impossible to set the guidance system on the rocket. 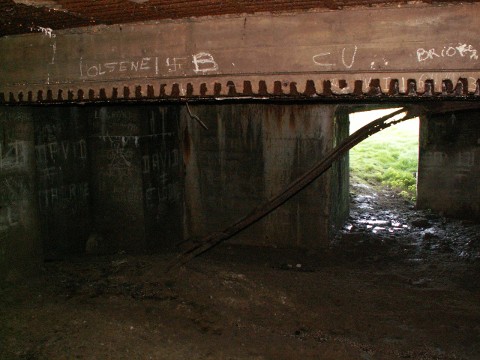 The original idea was to prepare the rockets inside the base and then wheel them out onto the launch pad situated on the northern side of the bunker. Even today you can still see the slight slope going down into the bunker, despite the damage caused by the Tallboy bombs. 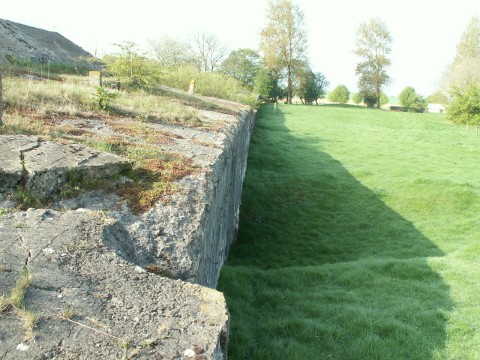 However, to align the compass the firing team would have needed to bring the rocket outside of the base as far away as necessary to stop the building affecting the compass. Only then could they finish the calibrations for the V-1 which would take about 30 minutes.

The missile would then need to be used within the immediate future as the sheer weight of iron in the main bunker would soon affect it again if left for too long in storage.

Another problem with this massive bunker was the fact that they could not store the chemicals used in the launch catapult. They were far too dangerous and an explosion inside the bunker would have been disastrous. Designed to hold hundreds of V-1 rockets (and their accompanying tons of explosives) any explosion would have caused a chain reaction.

It was thus obvious to the Luftwaffe that they had been given a huge but utterly useless bunker. The only thing that it did, was draw Allied bombers like moths to a lamp. And there was its only attraction.

Whilst the modified V-1 launch sites fired their missiles at London, Siracourt was taking a pounding despite having been abandoned in June 1944. 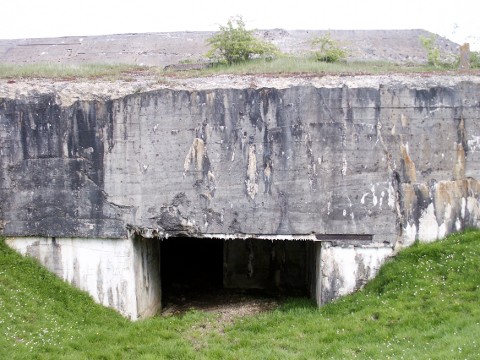 Over 5000 tons of bombs were dropped on Siracourt village destroying it completely. The bunker though remained pretty much intact.

The final raid on the 25th June 1944 saw seventeen of the 6 ton Tallboy bombs dropped on the bunker, but even these had very little effect, as can be seen by photos of the bunker today.

In trying to destroy this worthless building we lost over 150 aircraft and more than 700 airmen. 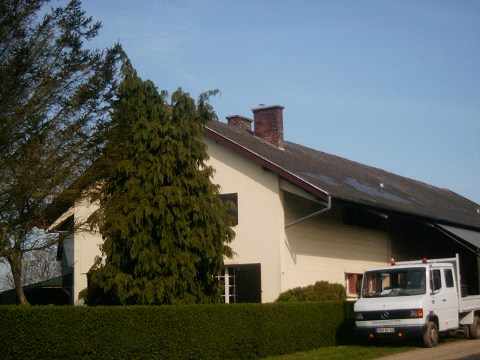 The British scientist Barnes Wallis was the designer of this huge bomb. He had previously put forward the design but it had initially been rejected. The project was reconsidered after the success of Barnes Wallis’s bouncing bombs against the Ruhr dams.

Although painstakingly constructed to ensure its aerodynamic shape and accuracy the bomb was not actually intended to pierce concrete structures (Though it could, and did). Instead Barnes Wallis intended the bomb to be dropped to the side of the target. The bomb would plunge itself into the ground and then explode.

An explosion in air quickly dissipates but one of this sort of magnitude underground would cause an earth tremor shaking the target’s foundations. Rather than trying to pulverise a target like Siracourt or La Coupole (The V-2 site near St Omer) Barnes Wallis wanted to shake the building down. If the foundations could be eroded the building became useless.

The final bombing of Siracourt with the Tallboys was carried out by the famous 617 Squadron of the RAF — the Dambusters. Formed at RAF Scampton on the 21st March 1943 it included personnel from many of the Commonwealth Air Forces.

They were formed and trained with the specific purpose of using the bouncing bomb during Operation Chastise which took place on the 17th May 1943. Having successfully broken the three dams (Möhne, Eder and Sorpe) they spent the remainder of the war carrying out heavy precision bombing using the Tallboys.