The cemetery lies near the village of Richebourg-l’Avoué which is 9 kilometres north-east of Béthune. From Béthune follow the D 171 toward Armentières and progress onto the D 166 proceeding into the outskirts of Richebourg. Take a left turning into Rue des charbonniers for approximately 2 kilometres and the cemetery is on the right hand side.

It should be understood that the two villages of Richebourg l’Avoué and Richebourg St Vaast (which is how they are still shown on some maps) now form the one administrative entity : Richebourg. 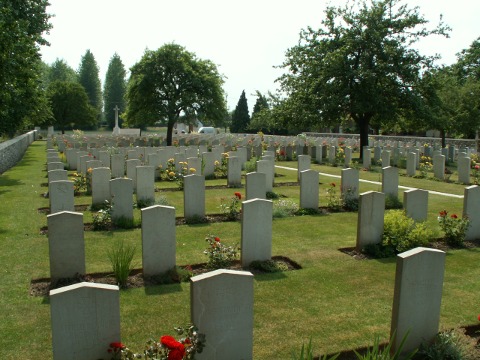 Richebourg-L’Avoué village remained in British hands from the Autumn of 1914 to the 9th April 1918, though the front line was within 1.6 kilometres of it.

It was recovered in September 1918. The strong point from which the cemetery was named was in turn named from the hamlet of St Vaast, between the village of Richebourg-St Vaast and Goix-Barbée. 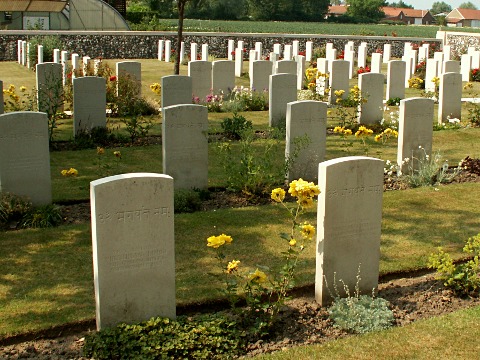 It stands in an old orchard between two farm buildings, where a trench tramway had its terminus and a Dressing Station was established. It was begun in May 1915, at the time of the Battle of Festubert, and used by fighting units and Field Ambulances until July 1917.

In April and May 1918, the Germans buried 90 of their men at the South-East end, and in September and October 1918, 18 further British dead were buried in Plot V. Eleven Portuguese soldiers buried here in May-July 1917, have been removed to the Portuguese Military Cemetery.

There are now nearly 800, 1914-18 war casualties commemorated in this site. Of these, a small number are unidentified. Special memorials are erected to three soldiers from the United Kingdom, buried in the cemetery, whose graves cannot now be traced.

The cemetery covers an area of 4,080 square metres and is enclosed by a flint wall. 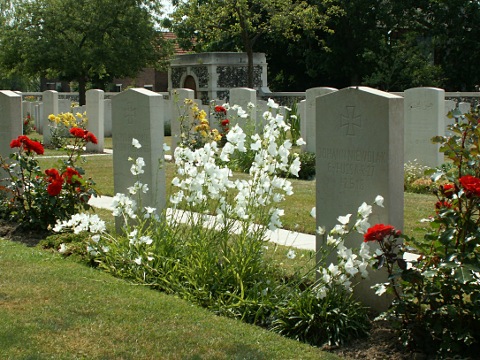 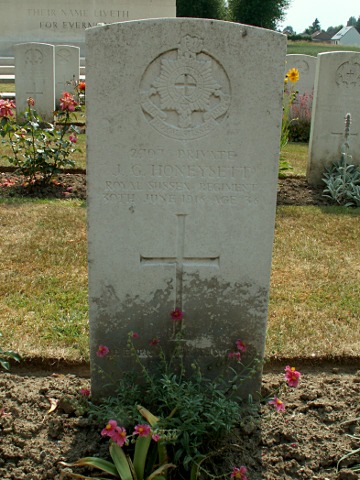 His brother Cecil Honeysett SD/2706 was also killed this day during the Boar’s Head action and is commemorated on the Loos Memorial. 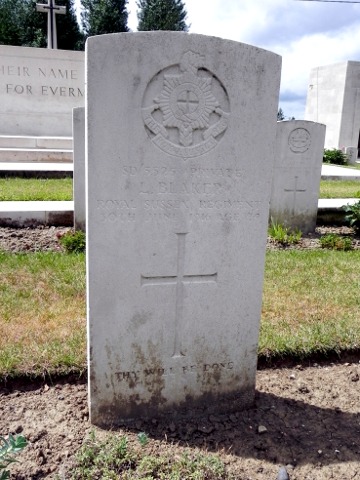 His brother Frank Blaker SD/1659 of the 12th Bn was also killed this day during the action and is also commemorated on the Loos Memorial. 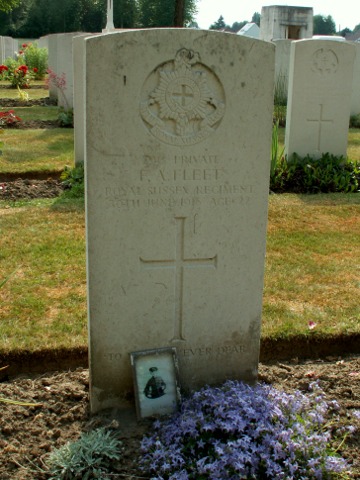 Another victim of the Boar’s Head diversion 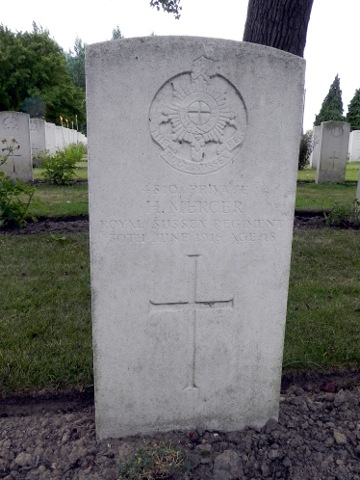 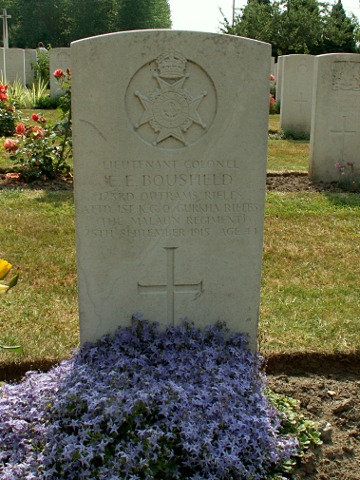 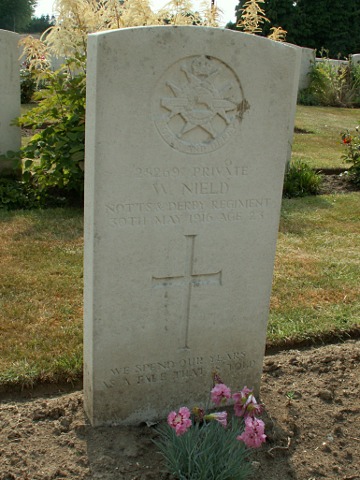 We spend our years
As a tale that is told 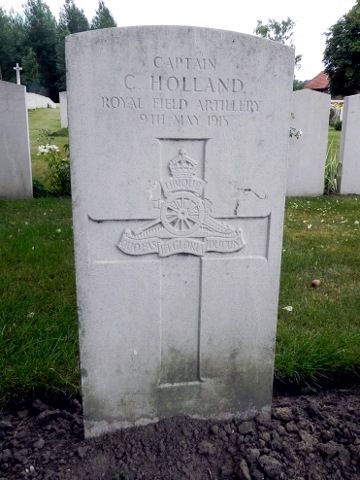 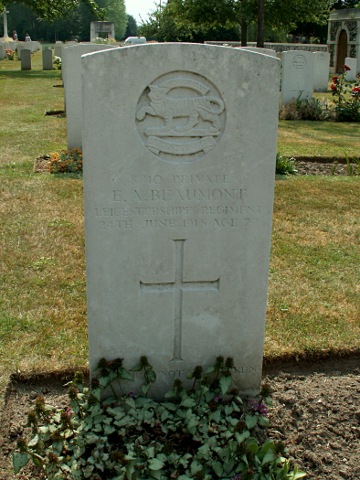 Private Beaumont failed to return to his unit on the 14th March 1915. Having landed at Le Havre he made his way to Rouen where he was eventually arrested on the 4th May.