Each night at 2000 hours the traffic is stopped at the Menin Gate while members of the local Fire Brigade sound the Last Post in the roadway under the Memorial’s arches. 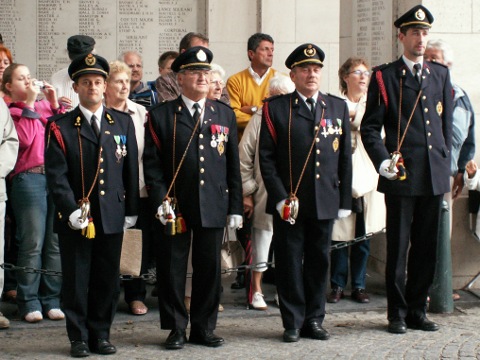 The Last Post, the traditional final salute to the fallen, is played by the buglers in honour of the memory of the soldiers of the former British Empire and its allies, who died in the Ypres Salient during the First World War. It is the intention of the Last Post Association to maintain this daily act of homage in perpetuity.

On 24th July 1927 buglers of the Somerset Light Infantry played the Last Post during the inauguration ceremony of the Menin Gate in the presence of General Lord Plumer.

However, the chief of police in Ieper, Pierre Vandenbraambussche, stated that he felt that the memorial should be more than just stone. He saw it as a place where those who had fallen in the defence of the town would be honoured each day.

In 1928 a committee was set up to bring about his vision and the local fire brigade promised that they would provide the buglers for the ceremony. This is something that has continued to be the case since their first appearance. 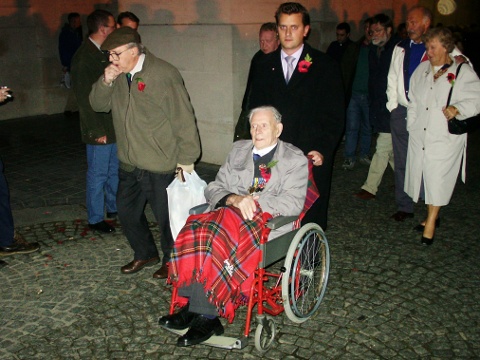 The Last Fighting Tommy, Harry Patch at the Menin Gate

The only interruption to the nightly playing of the Last Post was during the German occupation of the Second World War. The very night that Polish troops retook the town (6th September 1944) one of former buglers, Fred Arfeuille was sought out and asked to sound the Last Post – despite the fact that the battle was still raging on the outskirts of Ieper. Legend has it than in the emotion (possibly including alcohol) of the town’s liberation he played the Last Post six times.

Watching and Participating in a ceremony

The daily Last Post ceremony is free and open to everyone, without the need for prior reservation. Even in the depths of winter it is possible to find a sizeable crowd. In the height of the summer hundreds if not thousands of people come along.

The ceremony will take place even if the buglers find themselves alone — something that has never happened. 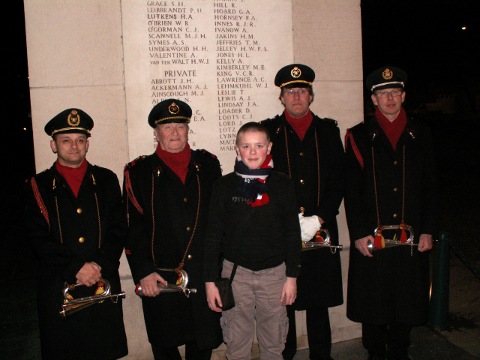 Ideally you should be thinking of being at the memorial between 1930 and 1945 hours. The best place to try and stand to watch the buglers is near the furthest pillar on the left as you leave the main square. The buglers form up here before marching out to their duty. 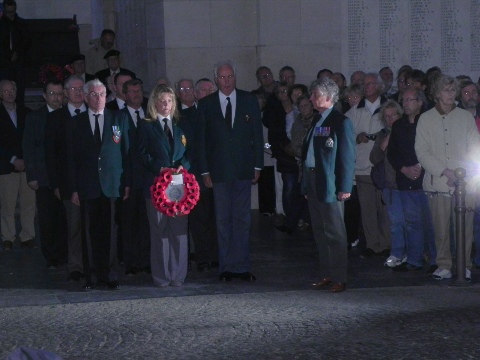 If you actually wish to participate this can also be arranged with the Last Post Association.

Individuals or groups who support the Association’s mission can take part in an extended version of the ceremony. During this extended version, you can lay a wreath to commemorate the fallen. You do have to provide the wreath yourself — they are available by contacting the Royal British legion or CWGC. 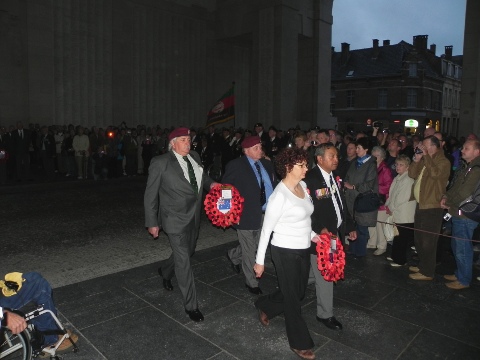 Bands, choirs, etc. who wish to perform as part of the ceremony need to apply well in advance. For further information about participating please follow the link to the Last Post Association’s site.