Bourdon is a small town in the valley of the Somme between Amiens and Abbeville. The nearest large town is Flixecourt on the D 1001 Amiens-Abbeville Road.

Flixecourt is also served by Sortie 21 on the Coastal Autoroute A 16.

From Flixecourt take the D 1001 south towards Amiens for approximately 4 km. At the junction with the D81 turn towards Bourdon following the sign for the German Military Cemetery.

The cemetery is on your left just before descending into Bourdon village. There is a large parking area at the front. Toilets are available inside the complex on the right hand side. 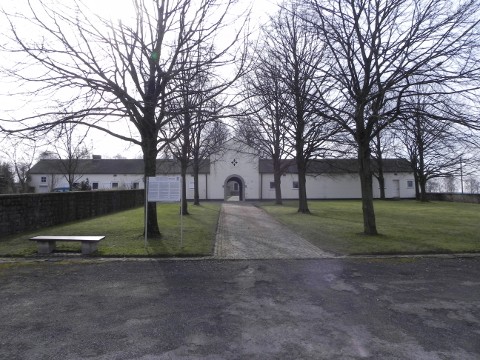 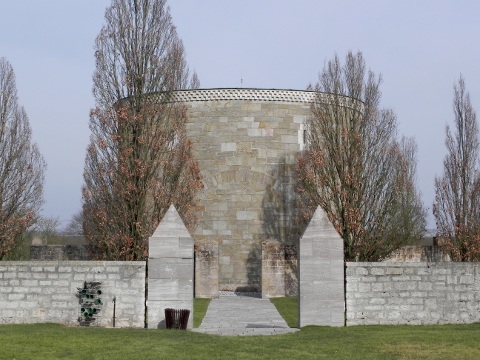 The Deutsche Kriegsgräberstätte Bourdon was created by the German Graves Commission between 1962 and 1967.

All of the casualties are from the Second World War and had originally been buried in a number of scattered locations across this area of the Somme. In 1961 the Volksbund began gathering the remains and transferred them to this large concentration cemetery.

There are now 22,213 burials within the grounds which were provided by the French Government free of charge.

The cemetery was designed by Professor Paul Schmitthenner.

The cemetery was opened to the public on 16th September in 1967. Its main feature is the ten metre high rotunda of Pfaelzer sandstone within which is a 3 metre in diameter vestry containing a sculpture of The Mother. It is the work of Professor Gerhard Marcks and : embodies the pain of all mothers for their sons killed in war.

Having passed through the vestry a wide path leads to the twelve metre high cross. The graves are separated into forty-four plots. The crosses of French limestone carry three names on each side. The burials date from the Battle of France in May and June 1940, and the German retreat of 1944. 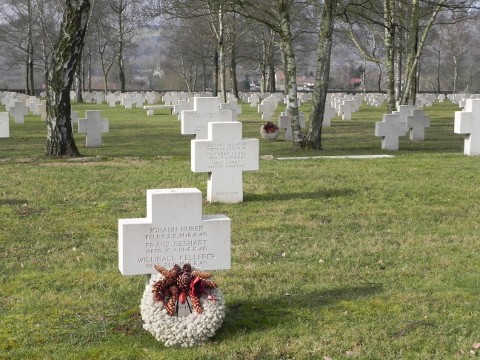 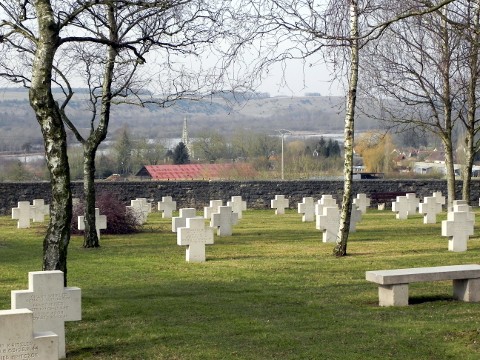 There are some superb views to be had over the Somme marshlands from the cemetery. 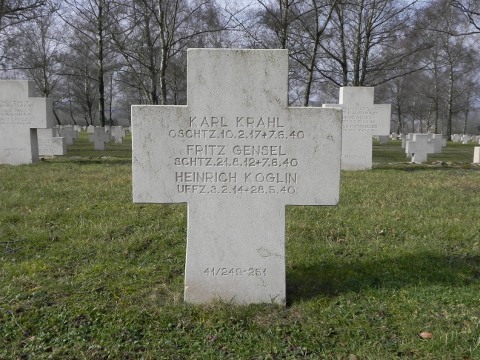