Although there are signposts for this German Military Cemetery it is tucked away on Rue de la Mie au Roy, a narrow road near to the Plan d’Eau du Canada (a large boating lake and park).

It is easiest accessed from the D901 which has an intersection with the D 1001 Paris-Amiens Road (near Tillé Airport) and the Coastal Autoroute A 16 (Sortie 15) further to the east.

Follow the D 901 around the north of Beauvais until its intersection with the D 149, turn here in the direction of Beauvais. At the following junction turn left still in the direction of Beauvais. This is the Rue de Notre Dame du Thill. This historic church will be seen on your right and immediately after it at the crossroads turn right and right again, following the sign for the German Military Cemetery into Rue Louis Prache.

There are a number of one-way streets in this area. At the roundabout turn right and then left to bring you back onto your road. You will now pass the Regional Hospital and the road becomes Rue de la Mie au Roy. Almost immediately after the hospital the cemetery will be found in the trees up on your right. There is very little room to park and the entrance could be easily missed. 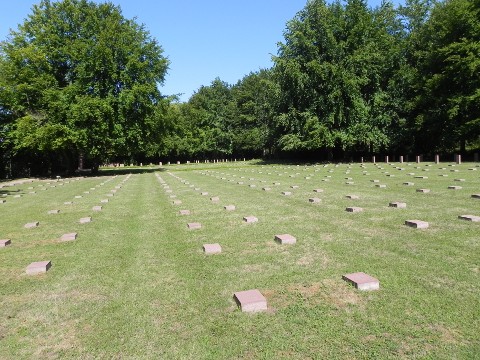 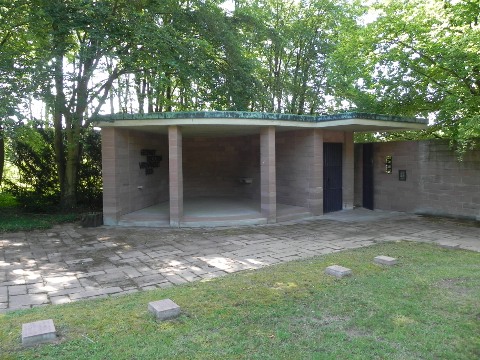 The Kriegsgräberstätte Beauvais was created by the Wehrmacht in 1942 for the casualties of the Battle of France in May/June 1940. Further graves were added by the French Military Authorities following the German retreat in 1944 and in July 1961 other graves were brought in from isolated burial sites.

Having entered the cemetery by the staircase there is a memorial hall of red sandstone on which there is an inscription exhorting visitors to : Remember the dead. 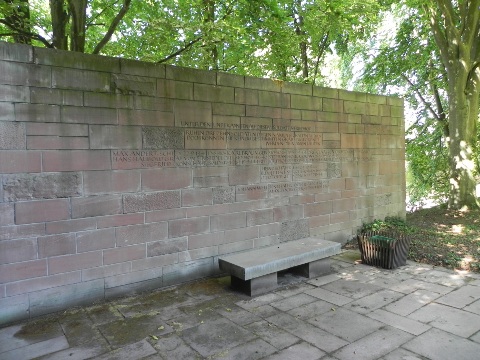 A wall carries an inscription about soldiers who are known to buried amongst the unknown. 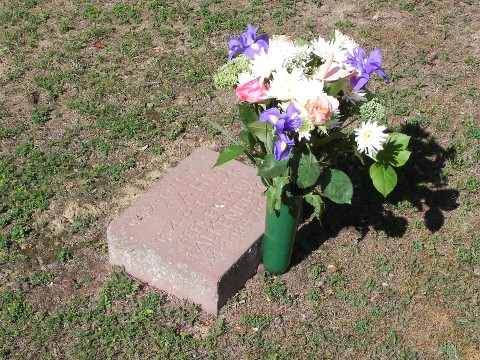 There are now 1,597 burials within the cemetery. 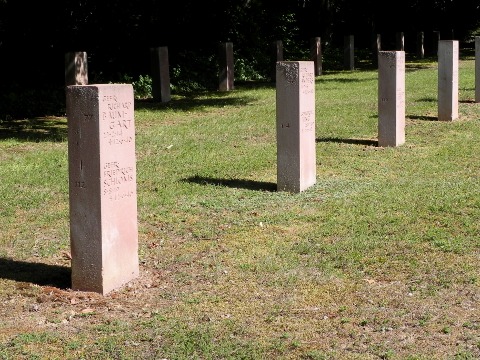 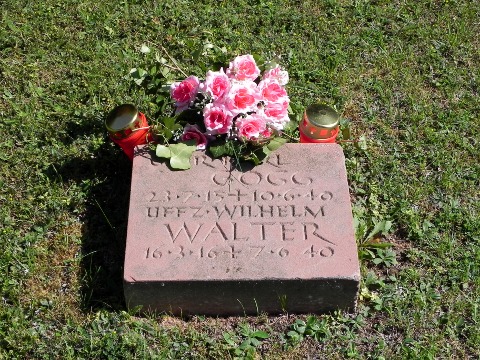