Rumaucourt is a village 22 km to the east of Arras to the north of the main road towards Cambrai.

From Arras take the Cambrai Road D 939 passing the Canadian Memorial at Dury. Pass through the hamlet of La Brioche and then turn left onto the D 19 following the sign posts for Rumaucourt (you will also see a sign for the cemetery).

You pass under the autoroute and on entering the village of Rumaucourt you will see the German Military Cemetery on the right amongst the trees. 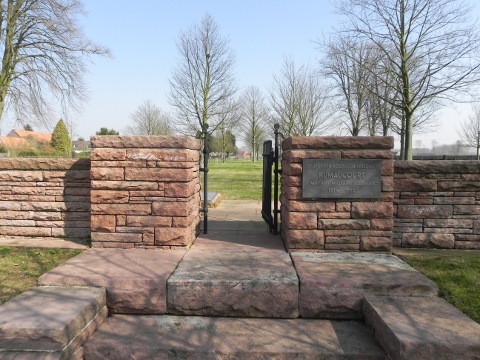 The German military cemetery at Rumaucourt was created in autumn 1916. The British in the second phase of the Battle of the Somme had reached the vicinity of Bapaume and Rumaucourt became the site of a number of German Military hospitals. 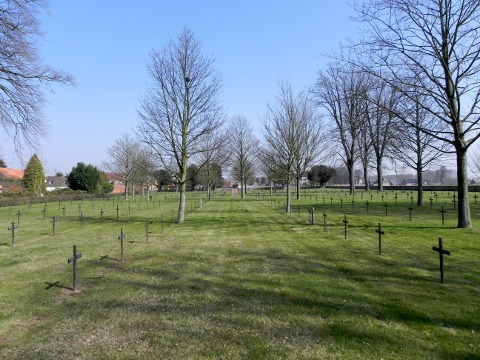 More than 600 of the dead are from the battles in this area in the spring of 1918 and the fighting which began in August as the Germans retreated. The last burials were made in late August to mid September 1918.

In 1924 The French Military Authorities required a further 1,000 soldiers to be moved from eight surrounding localities into this cemetery (which explains why some of those buried are from 1919 – died of wounds or possibly the Spanish flu). 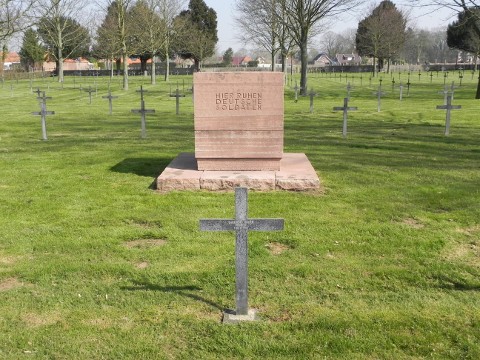 The walls and central monument are created from red Vosges sandstone but the permanent grave markers were only funded following the Second World War in the 1960’s.

There are now 2,618 individual graves within the cemetery. Among them, two war dead of the Austro-Hungarian Army.

Seven Jewish casualties have a conventional headstone as opposed to a cross. 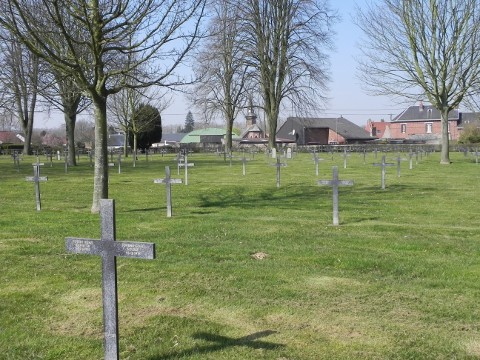 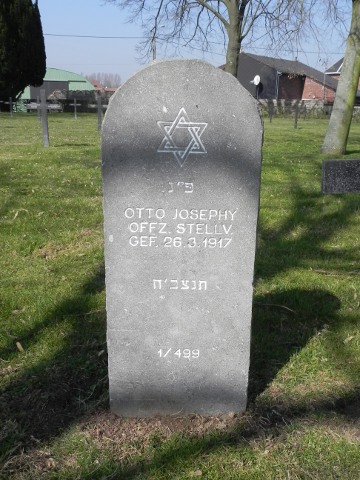 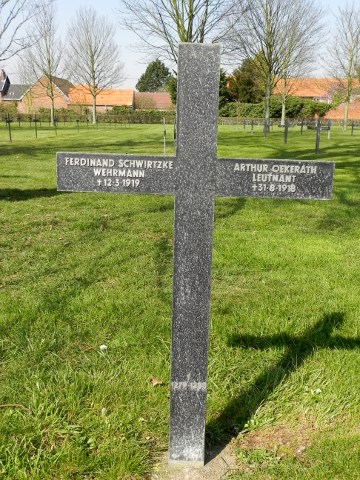