Immediately behind it is this large German Military Cemetery with over 30,000 burials. 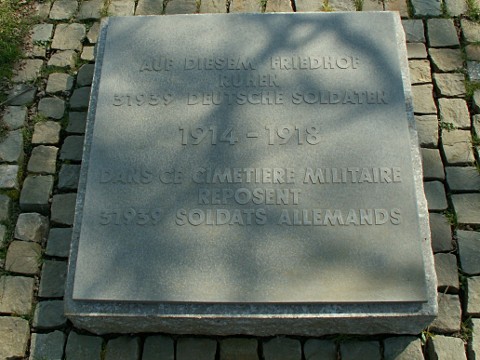 In this cemetery lie 31,939 German soldiers

Like its enormous counterpart at Maison Blanche near Neuville St Vaast, this large cemetery is a concentration cemetery. It was created in 1921/22 by the French Military Authorities by bringing in the remains of soldiers from the southern sector of the Arras front. 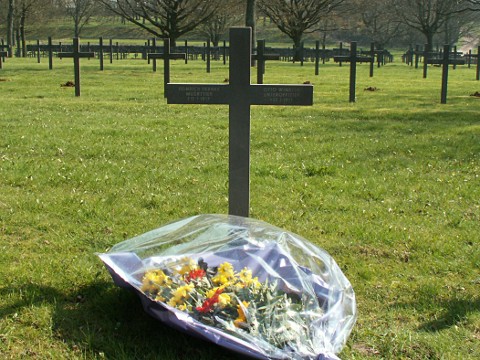 In 1956 a further 4,283 soldiers were brought in from the German Military Cemetery at Comines on the Belgian border. This had been necessary when urban construction required the close of the cemetery. Whilst that may seem scandalous today, Comines had twice been occupied by the Germans within living memory so I doubt that there was a great deal of sympathy. 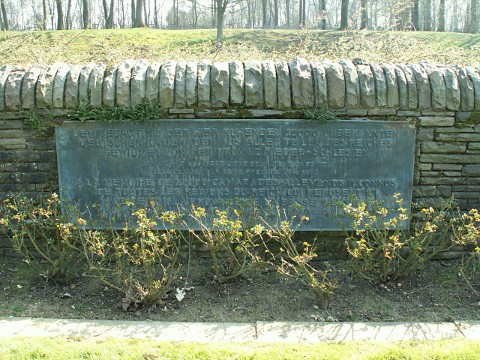 To the memory of 22,000 unknown German soldiers from all over the Empire who lie here.
Dedicated by the Province of Lower Silesia

Following an agreement between the French and German governments in 1926 some improvement work was carried out. The stone wall was built around the central mass grave and the dedication plate from Niederschlesien (Lower Silesia) put in place.

The trees and surrounding hedge were planted and the wrought iron gates added. 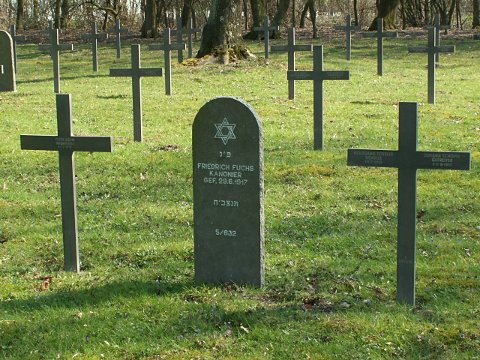 One of the Jewish graves

The permanent marking of the graves though was not completed due to the Second World War.

In 1972 the work began to replace the old wooden crosses with steel ones. Each bearing up to four names — one on each arm of the cross and either side.

Only 7,069 of the 31,939 soldiers buried in the cemetery have their own individual grave. 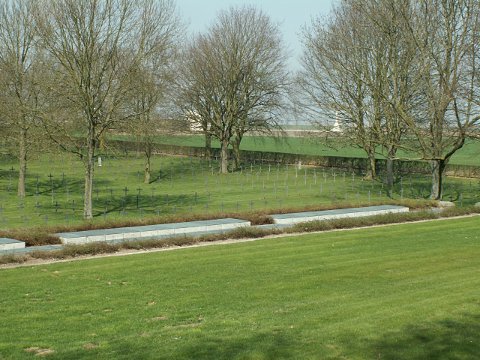 From the mass grave looking towards the CWGC Cemetery

The names of the known soldiers are listed in a series of plaques running the length of the grave.

Looking across the cemetery. The raised platform on the right is the mass grave

Amongst those buried within the neighbouring CWGC Cemetery is the war poet Isaac Rosenberg.