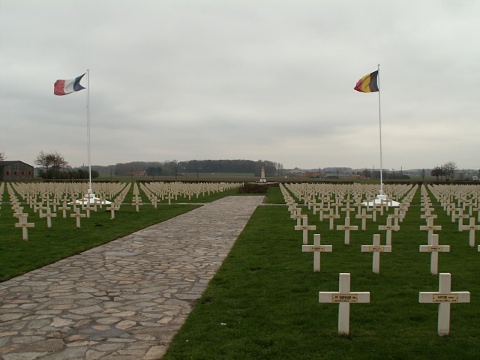 Like the Ossuaire at Mont Kemmel the Cimitière de Saint Charles de Potyze was created in the 1920s as a concentration cemetery in order to regroup the numerous burials scattered about the Flanders battlefields. 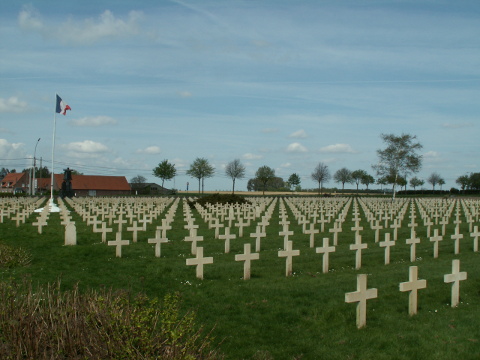 Over the following decade the old wooden markers were replaced by concrete crosses or stèles (Three forms: Muslim, Jewish and free thinkers).

During their period on this sector of the front the French used a local school to act as a medical post. The deceased were buried nearby, but continuing bombardments damaged the cemetery and it was only after the war that restoration work could begin.

The cemetery covers an area of 29,900 square metres and contains the remains of about 3,547 soldiers in individual graves and a further 609 in a single mass grave at the rear.

The cemetery still accepts burials and around the mass grave to the rear are a number of rows of more recent arrivals. The iron harvest in Belgium still uncovers the odd body.

At the entrance to the cemetery is a statue known as the Calvaire breton created by the sculptor Freour. It commemorates the sacrifice of Breton soldiers on the Ijzer in 1914 and represents a family devastated by the death of a member — lost without trace.

The cemetery is a reminder that for the opening of the war the northern flank of the Ypres Salient was held by the French Army (with the Belgian Army on their left).

On the 22nd April 1915 it was against the French that the Germans launched the first major gas attack of the war.

In April 1918 having been rushed to Kemmel in order to help the British maintain the line against the German Spring offensive the French Divisions were mercilessly pounded off the hill in one of the most vicious bombardments of the war. 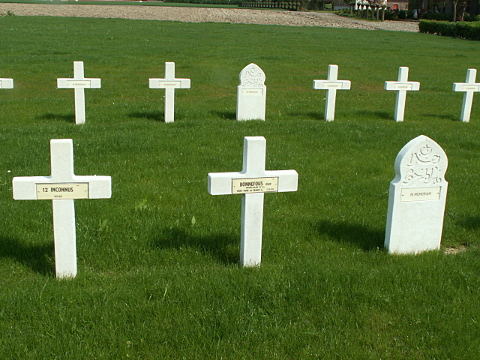 Some of the newer graves 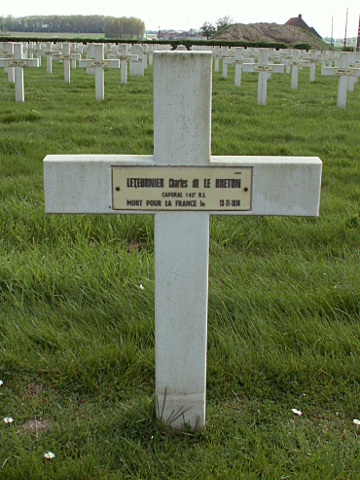 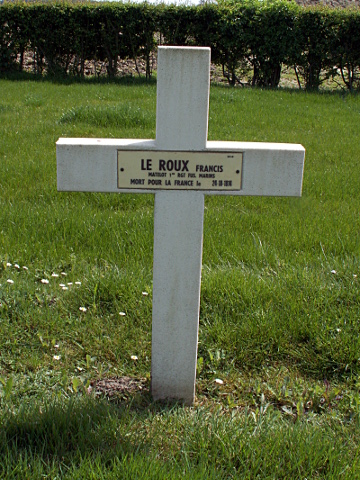