The memorial stands on a terrace at one end of Louverval Military Cemetery.

Louverval is on the north side of the D 930, Bapaume to Cambrai road, 13 kilometres north-east of Bapaume, 16 kilometres south-west of Cambrai. Louverval Military Cemetery is situated along that road just south of Louverval village. CWGC signposts on the D 930 give advance warning of arrival at the Cemetery.

The Cemetery is in a hollow out of view, however the Memorial is clearly visible on this busy road. Louverval itself is a small hamlet so a GPS may find Boursies more readily. This is the village just on the Cambrai side of the memorial and cemetery. 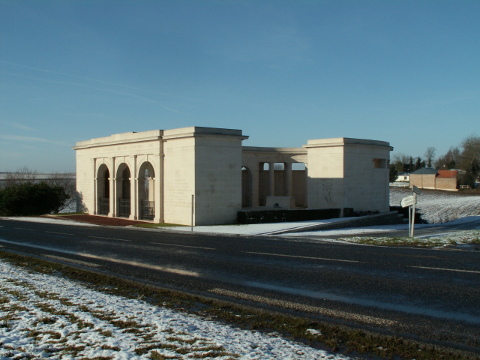 The château at Louverval, was taken by the 56th Australian Infantry Battalion at dawn on 2nd April 1917. The hamlet stayed in Allied hands until the 51st (Highland) Division was driven from it on 21st March 1918 during the great German advance, and it was retaken in the following September. 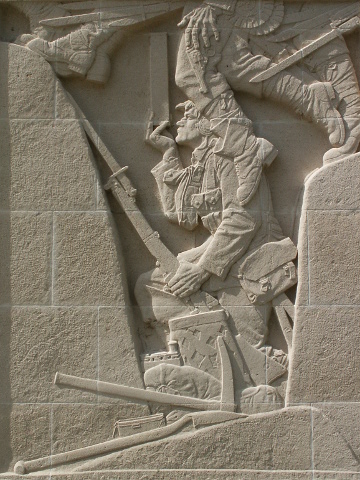 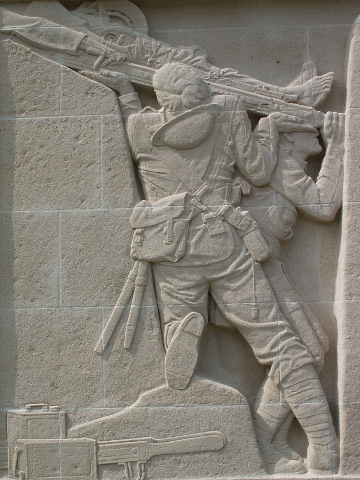 The sculptures are by Charles Sargeant Jagger a celebrated British sculptor and decorated veteran (Military Cross) of the Western Front. He also created the lions on the Nieuport Memorial in Belgium.

Amongst his other works is the Royal Artillery Memorial at Hyde Park, London and two bronze figures on the Melbourne Shrine of Remembrance.

He was also The Rolling Stones singer, Mick Jagger’s grandfather.

The Cambrai Memorial commemorates more than 7,000 servicemen of the United Kingdom and South Africa who died in the Battle of Cambrai in November and December 1917 and whose graves are not known.

The losses to the Tank Corps during the Battle of Cambrai were considerable and due to the nature of their injuries (many would have been incinerated within their burning vehicles) at least half of those casualties are commemorated on these walls. 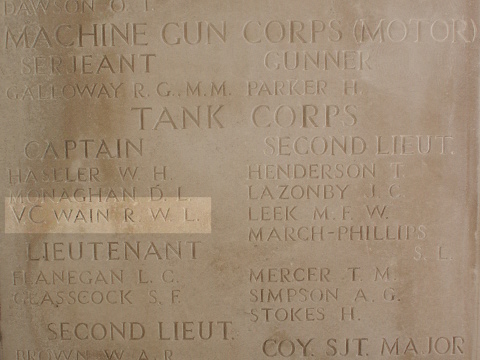 If you look at the list of names, you may well remark the number of Victoria Cross winners who are mentioned here including Captain Richard Wain VC of the Tank Corps.

For most conspicuous bravery in command of a section of Tanks. During an attack the Tank in which he was, was disabled by a direct hit near an enemy strong point which was holding up the attack. Capt. Wain and one man, both seriously wounded, were the only survivors. Though bleeding profusely from his wounds, he refused the attention of stretcher-bearers, rushed from behind the Tank with a Lewis gun, and captured the strong point, taking about half the garrison prisoners. Although his wounds were very serious he picked up a rifle and continued to fire at the retiring enemy until he received a fatal wound in the head. It was due to the valour displayed by Capt. Wain that the infantry were able to advance.

The other six are:

Some of their stories can be found in the account of the battle. 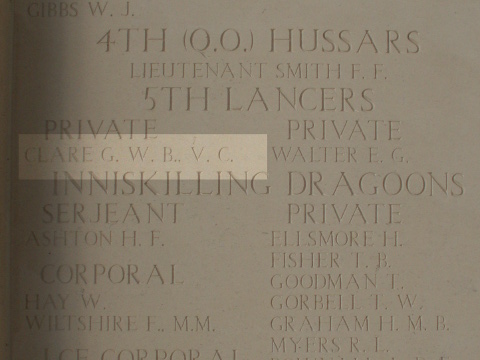 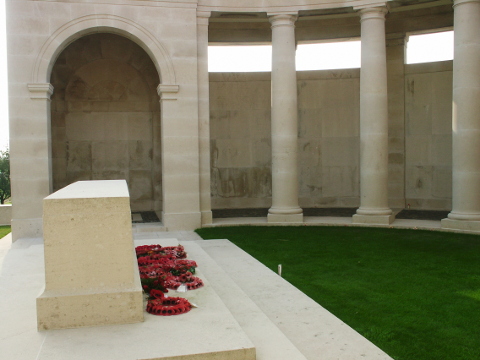 Sir Douglas Haig described the object of the Cambrai operations as the gaining of a ‘local success by a sudden attack at a point where the enemy did not expect it’ and to some extent they succeeded.

The proposed method of assault was new, with no preliminary artillery bombardment. Instead, tanks would be used to break through the German wire, with the infantry following under the cover of smoke barrages.

The attack began early in the morning of 20th November 1917 and initial advances were remarkable. However, by 22nd November, a halt was called for rest and reorganisation, allowing the Germans to reinforce. From 23rd to 28th November, the fighting was concentrated almost entirely around Bourlon Wood and by 29th November, it was clear that the Germans were ready for a major counter attack. During the fierce fighting of the next five days, much of the ground gained in the initial days of the attack was lost.

For the Allies, the results of the battle were ultimately disappointing but valuable lessons were learnt about new strategies and tactical approaches to fighting. The Germans had also discovered that their fixed lines of defence, no matter how well prepared, were vulnerable.

The Cambrai Memorial was designed by Harold Chalton Bradshaw with sculpture by Charles S. Jagger. It was unveiled by Lieut-General Sir Louis Vaughan on 4th August 1930. 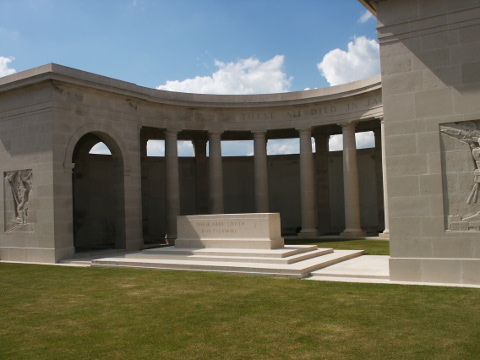