Villers-Bretonneux is a village sixteen kilometres east of Amiens on the straight main road to St Quentin.

Villers-Bretonneux Military Cemetery is about two kilometres north of the village on the east side of the road to Fouilloy.

The Memorial is extremely well sign posted from all directions and is visible from some distance. 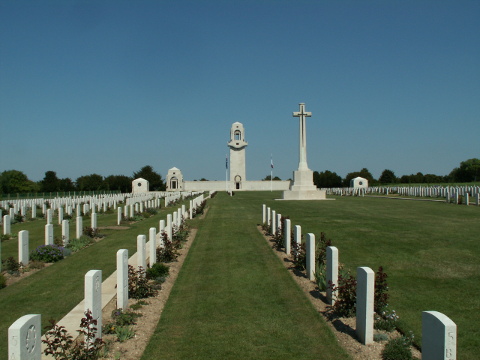 Villers-Bretonneux became famous in 1918, when the German advance on Amiens ended in the capture of the village by their tanks and infantry on 24th April. On the following day, the 4th and 5th Australian Divisions, with units of the 8th and 18th Divisions, recaptured the whole of the village and on 8th August 1918, the 2nd and 5th Australian Divisions advanced from its eastern outskirts in the Battle of Amiens. 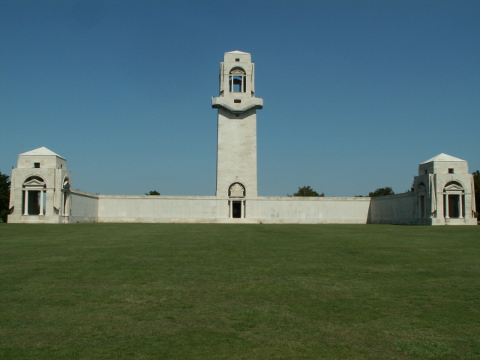 The memorial is the Australian National Memorial erected to commemorate all Australian soldiers who fought in France and Belgium during the First World War, to their dead, and especially to name those of the dead whose graves are not known.

The Australian servicemen named in this register died in the battlefields of the Somme, Arras, the German advance of 1918 and the Advance to Victory. The memorial stands within Villers-Bretonneux Military Cemetery, which was made after the Armistice when graves were brought in from other burial grounds in the area and from the battlefields.

Both the cemetery and memorial were designed by Sir Edwin Lutyens. The memorial was unveiled by King George VI on 22 July 1938.

Discovery of remains and additional commemorations

Of the 10,982 names displayed at the unveiling of the Villers-Bretonneux Memorial the burial places of many have since been identified and this continues to this day; 6 of these being among the significant discovery of 250 burials which culminated in the first new Commission cemetery in 50 years being dedicated in July 2010 as Fromelles (Pheasant Wood) Cemetery.

All these discoveries are now commemorated by individual headstones in the cemeteries where their remains lie and their details recorded in the relevant cemetery registers; their names will be removed from this memorial in due course.

Time has also revealed more names not previously notified which have now been added to this memorial and register.

There are now 10,738 Australian servicemen officially commemorated by this memorial and named within the register.

Unlike some memorials where it is necessary to check for a panel, the simple numbering of Australian units makes finding a name relatively straightforward. The Artillery and Cavalry come first with the Infantry battalions in their numerical order following. The memorial is read from left to right. 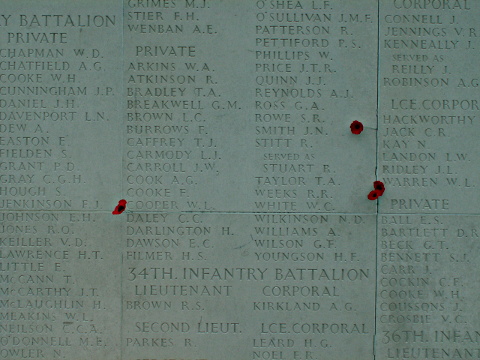 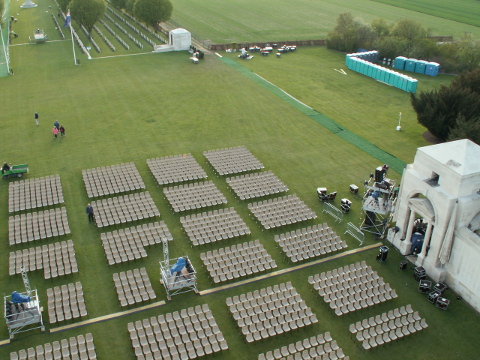 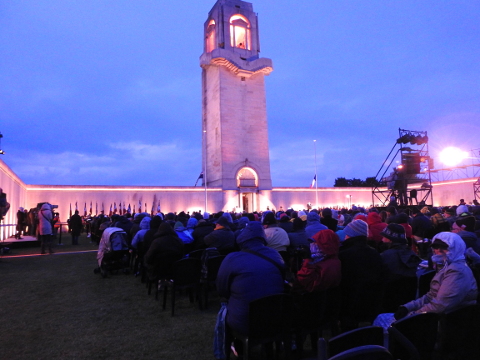 Rain or shine, warm and calm or windy as hell
Australians gather every year well before dawn

Every year on Anzac Day (25th April) a dawn ceremony is organised here to remember the fallen and in particular those who liberated Villers-Bretonneux on the 25th April 1918.

This ceremony is followed by one in the village at the French Memorial and another in the afternoon at the village of Bullecourt in Artois. 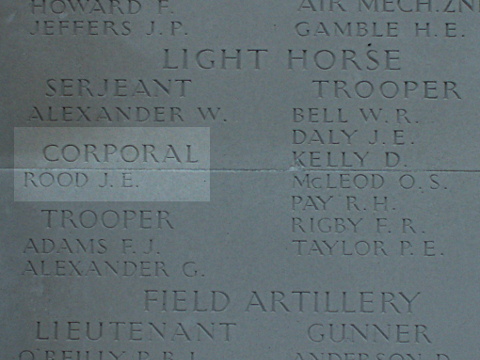 John Rood joined the 29th Bn Australian Infantry on the 8th July 1915 at Melbourne. In 1917 he was promoted to Acting Corporal (without pay).

The 29th were one of those that had been raised in the aftermath of Gallipoli so Rood would have had a good idea that the war was going to be a bloody affair. They arrived in France via Egypt in time for the battle of Fromelles on 19th July 1916.

The 29th was so badly mauled during 1918 that it was disbanded on the 12th October 1918 with the soldiers being sent to other units.

His records show that he had a clean disciplinary record and had received the Meritorious Service Medal in recognition of his: valuable services rendered with the Armies in France and Flanders.

He left England in February 1919 en route for Australia.

According to the records of HMT Anchises Rood was disembarked at Melbourne on the 17th April 1919: yet he never returned home.

A long military enquiry decided in May 1920 that he had last been seen on board the Transport at Albany in Western Australia during a disembarkation of troops on the 7th April 1919. The findings were that he had not left the ship but had remained on board. That was the last time that anybody could remember seeing him. He was not present on the 8th and the decision of the enquiry was that he had been lost overboard and drowned on either the 7th or 8th April 1919. No suggestion was ever made as to how he might have entered the water.

Rather unusually, he does not appear on the Memorial Register.

One of Australia’s heroes 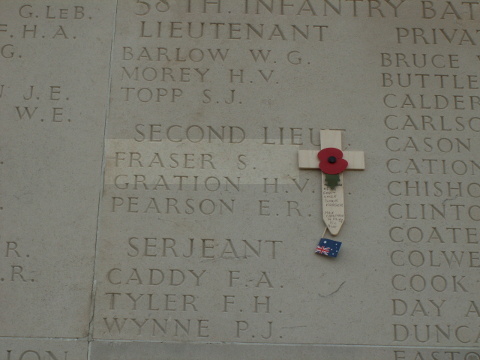 His act of heroism during the battle of Fromelles in 1916 caught the public’s imagination and resulted in the depiction of the then Sergeant Fraser, carrying a wounded soldier back to the Australian lines, becoming the monument to Australian fallen at the Fromelles memorial site.

Promoted to 2nd Lieutenant, he was killed the following year during the 2nd Battle of Bullecourt in May 1917.