Maroeuil is a village in the Department of the Pas-de-Calais, six kilometres north-west of Arras, between the roads to Houdain and Aubigny. The British Cemetery lies at the end of a track running north from the road to Bray and Écoivres (C.1).

Although well sign posted it will be necessary to park the car near the end of the track and continue on foot.

Cattle still use the track – though the cemetery itself is protected by a fence. 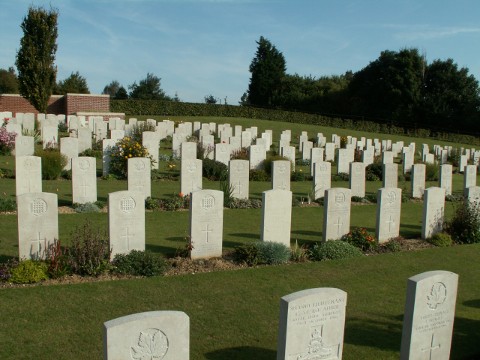 The cemetery was begun by the 51st (Highland) Division when Commonwealth forces took over the Arras front in March 1916 and it retained its association with that division until the summer of 1918.

Almost half of the graves are those of Highland territorials and many of those remaining are of London territorials who were at Maroeuil from July to December 1916. The cemetery also contains the graves of 25 officers and men of tunnelling companies of the Royal Engineers who died in mine explosions.

The cemetery was protected from observation by the crest of the hill behind it and whenever possible, bodies were brought back to it from the front line by tramway. Maroeuil British Cemetery contains 563 Commonwealth burials of the First World War and 11 German war graves. 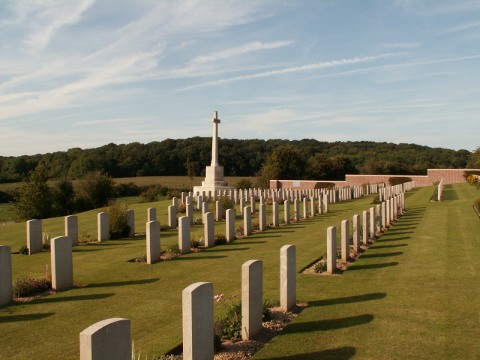 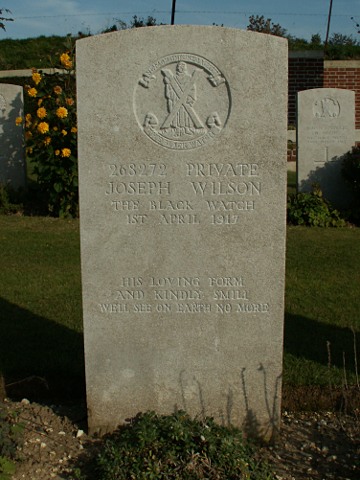 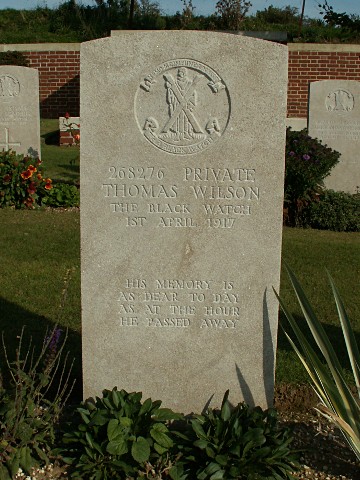 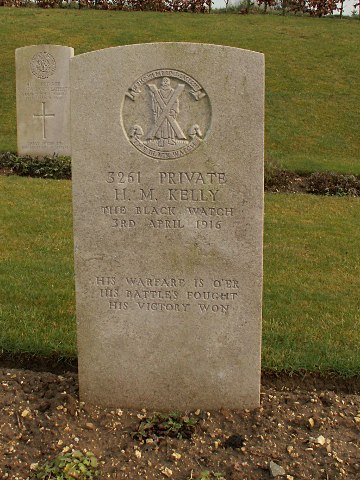 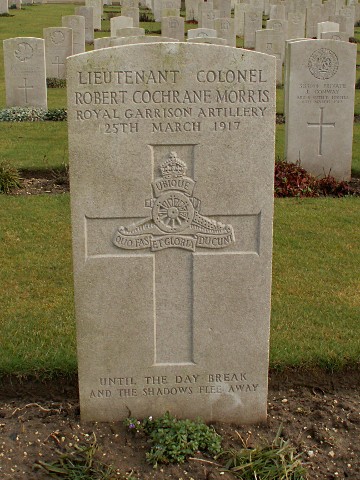 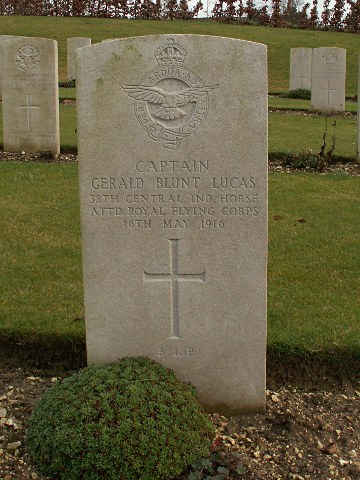 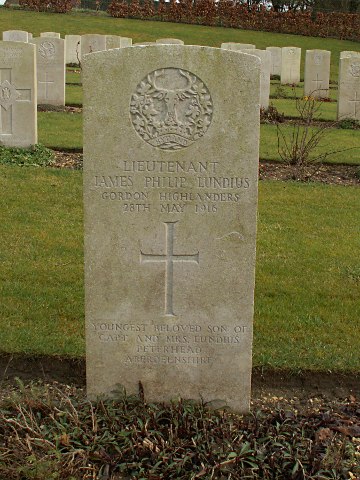 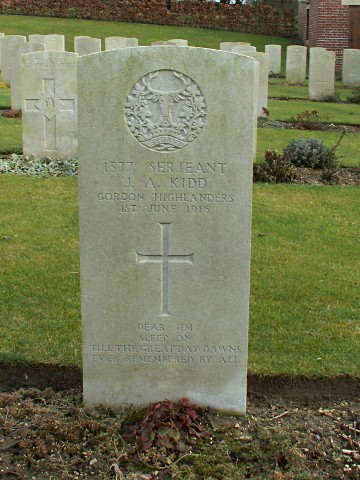 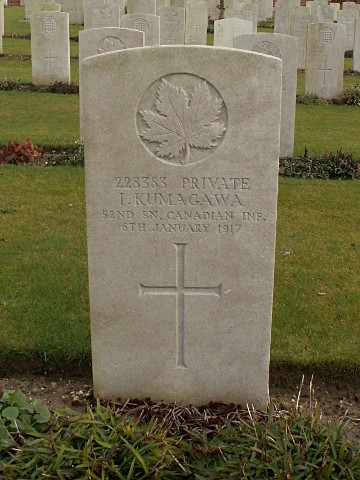 The village communal cemetery also has a British plot of soldiers from the Northamptonshire Regiment of 1940. Next to it is an interesting French Military cemetery, reminding us of the part played by the French soldiers during the battles of Artois in 1914 and 15. Within you will find lying side by side two sons of Général Louis d’Armau de Pouydraguin killed in the fighting for Neuville Saint Vaast in May 1915.