Maroeuil is a village in the Department of the Pas-de-Calais, six kilometres north-west of Arras, between the roads to Mont St Éloi and Aubigny.

The Communal Cemetery is north of the village on a small road (rue du Fresnoy) leading to the D341. The Commission plot is in the old part of the cemetery, accessible from the road.

Immediately next to it is an important as well as interesting French Military Cemetery. 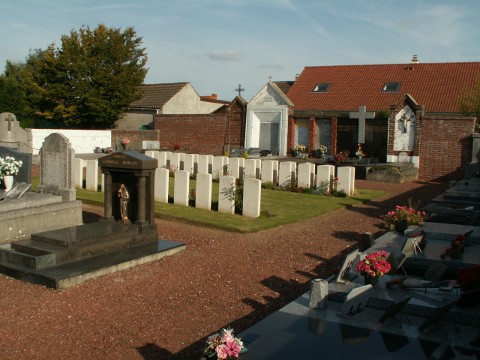 There are now nearly forty, 1939-45 war casualties commemorated in this site. Of these, a small number are unidentified and three, whose graves in the cemetery could not be precisely located, are commemorated by special memorials inscribed Buried near this spot.

I have photographs of all the graves. I believe that all the burials are from the Northamptonshire Regiment. 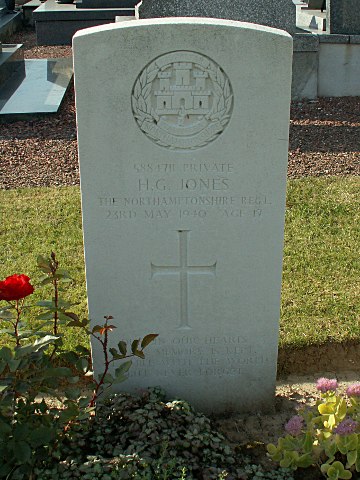 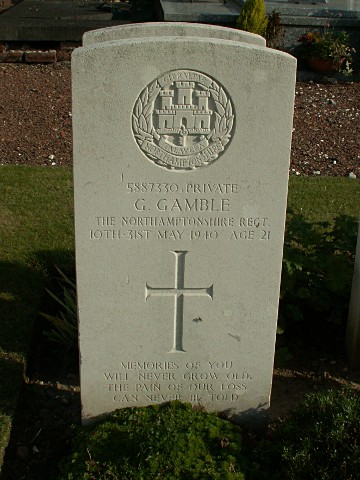 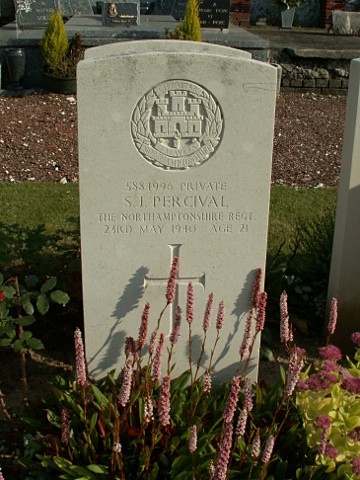 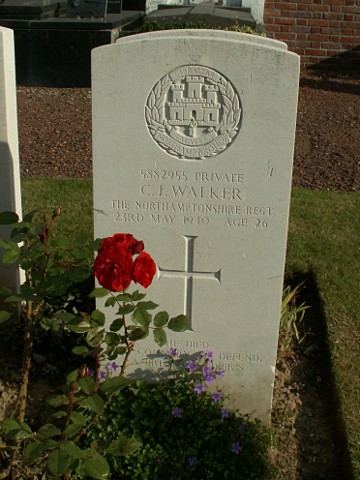 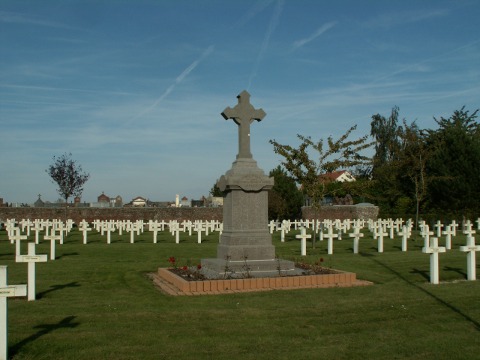 The French Military Cemetery and monument

The French Nécropole Nationale de Maroeuil covers an area of 2,200 square metres and contains the remains of 585 French soldiers from the First World War in individual graves.

It was created during the course of the war.

Within the cemetery you will also find the monument erected in honour of the soldiers from the 156e and 160e Régiments d’Infanterie.

It was inaugurated on the 11th May 1919 and financed by the parents of Commandant Georges Lillemann who had been killed at La Targette on the 9th May 1915. (A Commandant is more or less a Major but such a rank would command one of the three battalions in the regiment).

There are approximately 150 officers and men remembered on the monument. Some of them are buried within the cemetery the Commandant Lillemann lies in Row 2 Grave 109.

To the memory of Commandant Lillemann and his companions in arms. Heroes of the fields of honour in Lorraine and Artois

An officer of great valour and uncommon energy. Made his battalion within his six months of command a unit of the highest order. Leading his men against the German trenches on the 9th May he was fatally injured by a head wound at the age of 43. 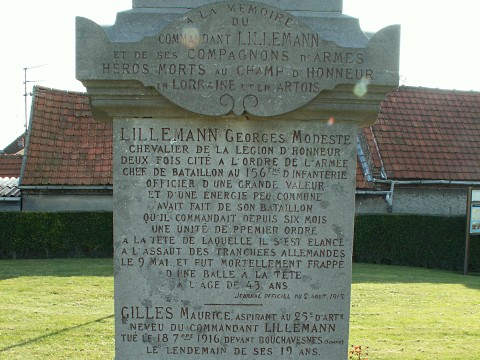 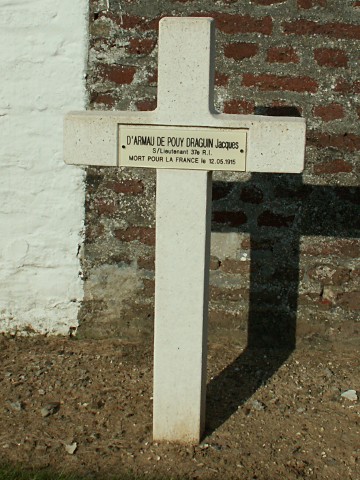 A third brother; Jean, a Lieutenant with the 28e Bataillon de Chasseurs Alpins survived the war — as did the Général himself.

The father commanded the 47e Division d’Infanterie (Known as the Blue Division — because it was made up of Alpine Light Infantry, who wore blue uniforms) between the 26th March 1915 until 1917. One of the houses in the Cité des Mutilés at Neuville St Vaast is named after the family. 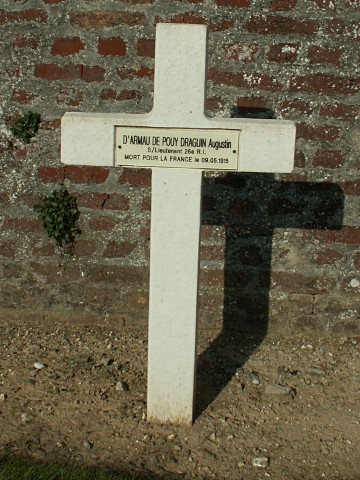 It is interesting that the family wished that their two sons remained on the battlefield. The French had the right to recover their war dead if they so wished and a large proportion did so.