Loivre is a small village in the Marne, about ten kilometres north of Rheims and the same distance to the south of Berry au Bac and the Chemin des Dames. It lies just off the D944 (which begins as the D1044 in the Aisne to the north).

From the main road take the D30 into Loivre village and turn left into the centre before crossing the canal. Follow the signs for the Soldatenfriedhof. Having crossed the canal you will turn left just after the farm buildings. The cemetery is on your left about two kilometres up the track. 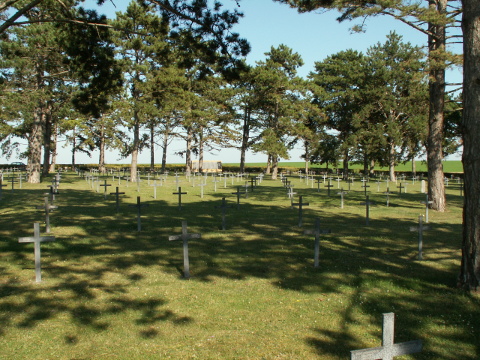 The Germans occupied the village of Loivre early in the war. It was retaken on the 13th September 1914 by the 28e Régiment d’Infanterie as far as the canal.

It was later retaken by the Germans and remained in their hands until the 1th April 1917 when it was once again captured, this time by the 133e RI, one of the few success stories of the opening day of the Nivelle offensive.

The line then remained staic until the final advance to victory by the Allies in 1918.

The German military cemetery at Loivre was created after the war by the French military authorities as a collective cemetery for German soldiers brought in from battlefields between Berry au Bac and Rheims. 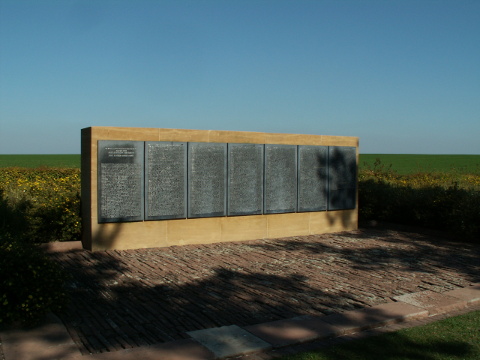 One of the original burials would almost certainly have been the poet and writer Hermann Lons, who fell as a forty-eight-year-old volunteer on 26th September 1914 at Loivre. His remains were transferred to Germany at the behest of the NSDAP and on the orders of the Reich government in 1934 and buried by the Wehrmacht on 2nd August 1935 in Tietlinger forest, on the southern edge of the Lüneburg Heath. 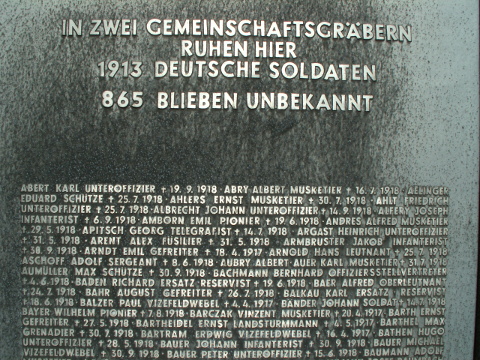 After the conclusion of the Franco-German War Graves Agreement ofth 19 July 1966, the Volksbund Deutsche Kriegsgräberfürsorge e.V. (The German CWGC) could begin the final design of the German military cemeteries in France from the time of the First World War.

In 1960, the cemetery was re-landscaped, a new hedge was planted and a fence was erected in the graveyard with the help of young helpers from a youth camp of the Volksbund. In 1976, the provisional wooden crosses were replaced by metal ones showing the name and the date of death. Seven Jewish burials within the cemetery are marked by headstones

Of the 4,154 dead within the cemetery, 2,241 rest in individual graves. 120 of them are unknown (unbekannt). There are also two mass graves containing 1,913 burials. 865 of these are unknown but the names of those known to be there are engraved on panels. 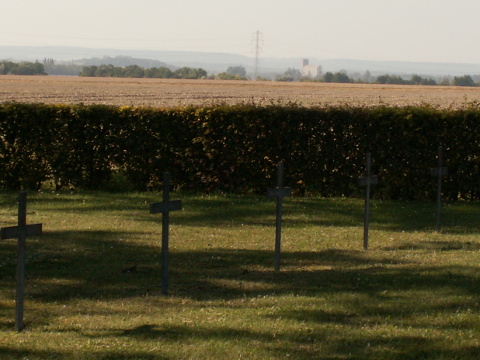 In the distance, the silo at Berry au Bac