Cormicy is a small village situated twenty kilometres north of Reims, slightly to the west of the D 944.

If touring the Chemin des Dames area this large Nécropole Nationale is easily located about eight kilometres to the south of the Tank Monument at Berry Au Bac.

The cathedral at Reims can be seen from the nearby hills and the area alongside the canal is quite picturesque.

I would point out that as this is near the Departmental boundary road numbers can suddenly change. The main road which used to be the National 44 is now the D 1044 in the Aisne and the D 944 here south of the bridge in the Marne. 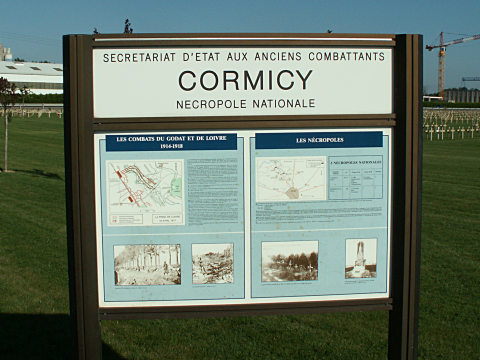 Created during the war this Nécropole Nationale is known as the Maison Bleue (Blue House) and contains the remains of 14,430 French soldiers of the First World War.

Nearly 7,000 of them are buried in the large ossuaries and the majority of these are unidentified.

There are also a few burials from the Second World War including another two British soldiers. 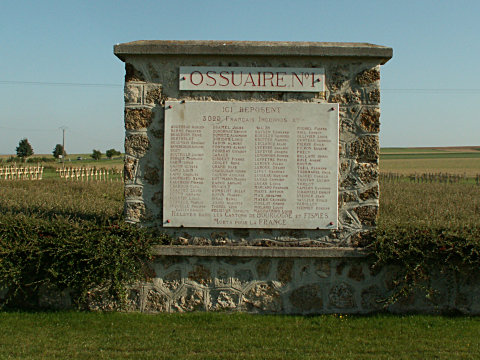 Ossuary No 1 contains 3112 burials, of which only 87 are identified

The term ossuary is used to mean a chamber containing the bones of the victims ; a mass burial. My understanding of the naming of some of these casualties is that the authorities were aware that a particular soldier was amongst the remains but were not able to identify his entire body separately enough for an individual burial.

This sometimes happens in CWGC cemeteries as well. You may see a small group marked as Buried near this spot. I think of the idea of soldiers hit by the same shell. We know that the bodies are Fred and George but who knows what belongs to whom. If this makes macabre reading think on how it must have been for their friends to have been sifting through the actual remains.

The cemetery was enlarged between 1922 and 1924 by the consolidation of smaller cemeteries within the area. This consolidation was extended in 1933 to include burials from as far away as Sapigneul at Berry au Bac.

It was at this stage that the entrance gates were erected and the old wooden crosses replaced by those of concrete.

In France, burials were the responsibility of the Département within which the death occurred. This explains why Sapigneul in the Marne was not consolidated to the closer cemetery at Berry au Bac which is in the Aisne.

According to the maps and even the noticeboard there is a small French Military Cemetery at Hermonville a few kilometres further down the road towards Reims.

This is no longer the case. 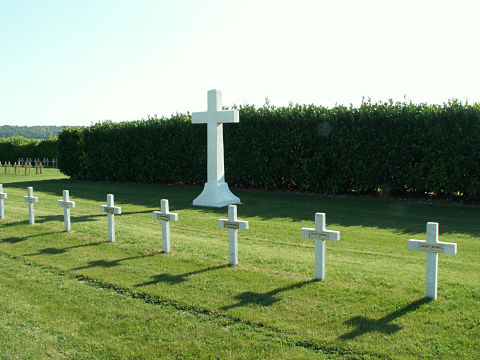 Hermonville contained just twelve soldiers of whom eight were unidentified. It was originally known as the Cimetière de moulin de Cauroy (Cauroy Mill Cemetery) and contained graves of soldiers from the 114e and 119e Régiments d’Infanterie who fought at the Ferme de Luxembourg and at Godat in 1914.

The owner of the small plot of land donated it to the State in 1933 and erected this cross when, most unusually, the cemetery was not consolidated with the others. 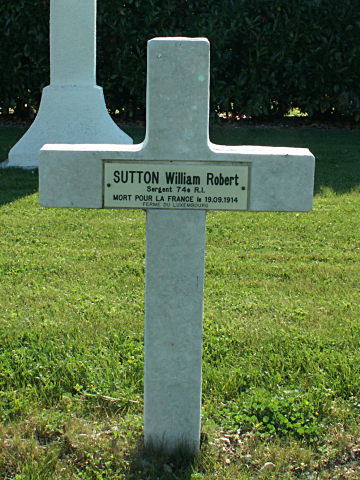 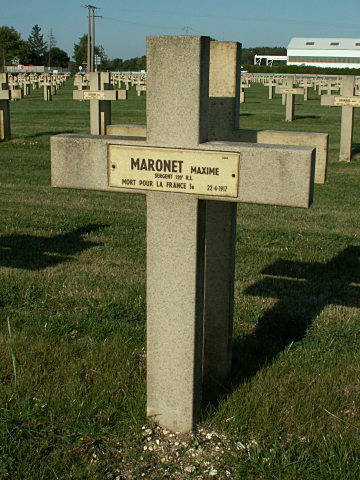 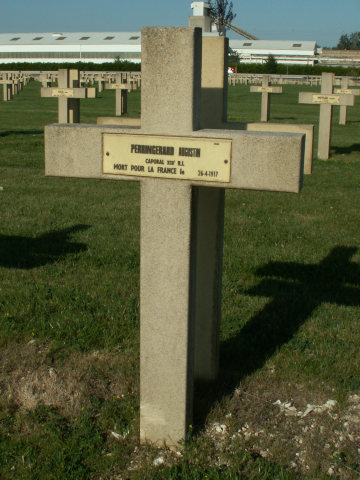 The French 1er Régiment d’Infanterie (1st Foot) has the distinction of being the oldest Infantry Regiment in Europe.

Formed from the Picard Militia (1479) it became the Régiment de Picardie in 1564.

On the 29th June 1734 during the battle of San Pietro their colonel Charles de Rohan-Rochefort, Prince of Montauban (1693-1768) was asked by a fellow officer if Provence (That is the Regiment) could relieve them.

The reply was a curt : On ne relève pas Picardie — One does not relieve Picardie.

This became the regimental motto and has accompanied them throughout their various transformations, through the revolution, to the restoration, and onwards.

They were first designated the 1er RI in 1803 and with a few slight changes have remained that ever since.

On the outbreak of the war the regiment was based in Cambrai and along with all other Active Regiments formed its Reserve Regiment the 201e RI (Regimental number +200).

They served with distinction throughout the war and carry Verdun and the Somme amongst their Battle Honours.

They are currently based at Sarrebourg as part of the Franco-German Brigade. If you look at their coat of arms, it carries the double headed eagle of Cambrai (which by origin was a major town in the Holy Roman Empire).

A former Captain with the regiment was Louis XIV’s military engineer, Vauban. 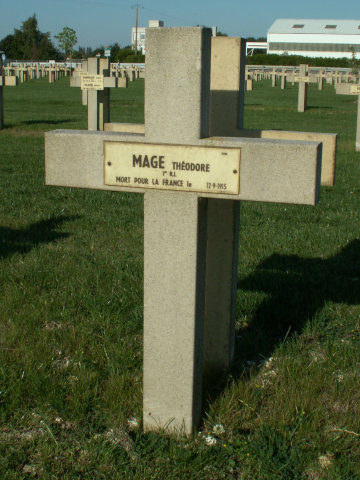 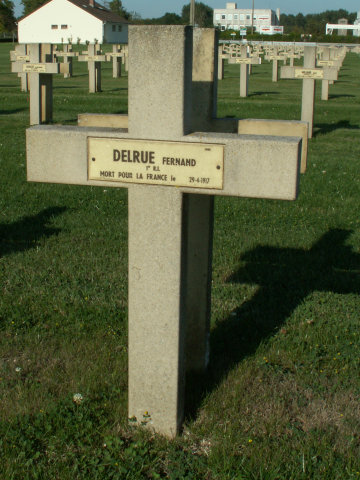