Soupir is a village situated on the D 925 between Bourg-et-Comin and Vailly-sur-Aisne.

There are a number of Military Cemeteries in the village. Coming from the direction of Pontavert/Bourg-et-Comin this large Nécropole Nationale, on the right, and its sister on the opposite side of the road are impossible to miss. 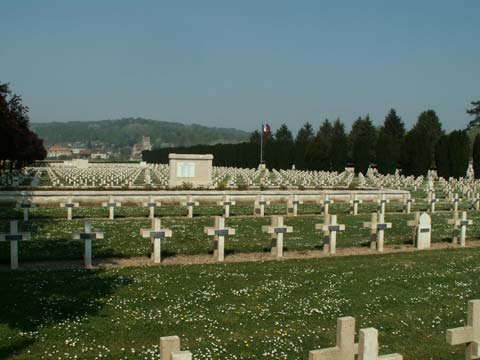 The cemetery was initially created near a Casualty Clearance Station during the fighting of 1917. It was used to bury both French and German soldiers.

In 1920 it was decided to regroup the bodies from smaller cemeteries into this cemetery and it was greatly enlarged.

The cemetery covers 27,773 sq metres and contains the bodies of 7,806 French soldiers, 1 Belgian and 1 Russian (From the Russian Brigades who fought here in 1917).

As many of the bodies were of German soldiers a German Military Cemetery was adjoined to this one. There is no barrier or fence between the two just the sudden change from white crosses to the grey stone.

However, the decision to regroup the fallen, discovered so many dead within the area, that Soupir No 1 became too small and a second French Cemetery was created in 1934 on the opposite side of the main road. 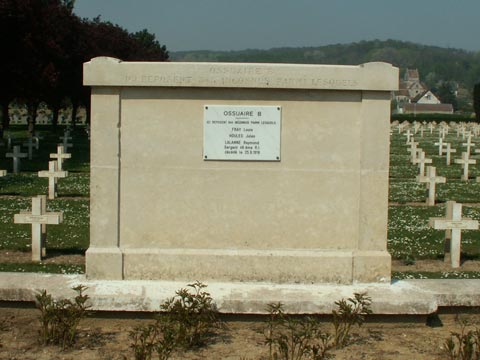 One of the mass graves

A short distance further on towards Vailly-sur-Aisne will bring you to the Italian Cemetery at Mont Sapin.