Vailly-sur-Aisne is a small town within the Department of the Aisne, on the north bank of the Aisne River. It is 13 kilometres east of Soissons and 18 kilometres south of Laon. Leaving from Centre Ville in Soissons, take the first right hand turning, following the sign Toute Directions, which is then followed by a left turn, signposted Laon. Follow the river and cross over at the first bridge, still following the road signs for Laon. At the next road junction continue straight over, again following the signs for Laon. After a total of 3 kilometres turn right at the signpost indicating the direction of Vailly-sur-Aisne, which will be on the D925 road. Stay on this road for the remainder of the journey. The Cemetery is adjacent to the road on the left side shortly after entering the town. 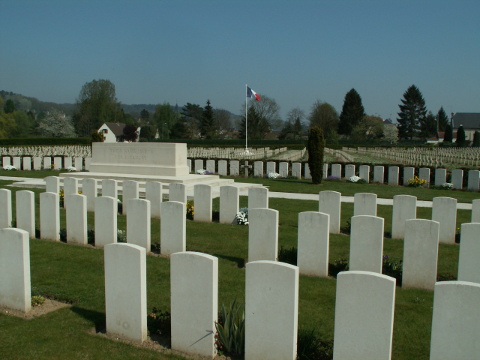 The village of Vailly-sur-Aisne was the point at which the 3rd Division crossed the river Aisne on 13th and 14th September 1914 during the Allied advance from the Marne. It fell to the German forces in 1915, was retaken by the French during the Chemin des Dames Offensive in April 1917, lost again to the Germans in June 1918 and finally captured by the French on 15th September 1918.

Most of those buried here were killed during the Battle of the Aisne in September 1914, but the cemetery is also the final resting place of over sixty Commonwealth soldiers who were killed or mortally wounded in the summer of 1918.

The cemetery now contains over 670 Commonwealth burials and commemorations of the First World War. 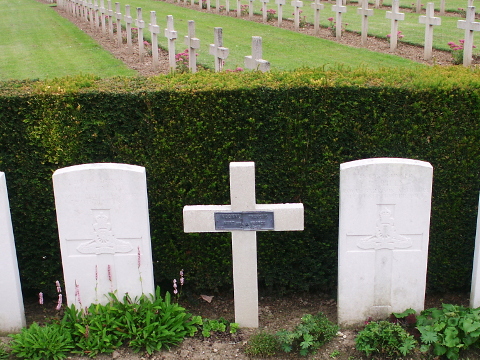 An unknown French soldier apart from his coountrymen 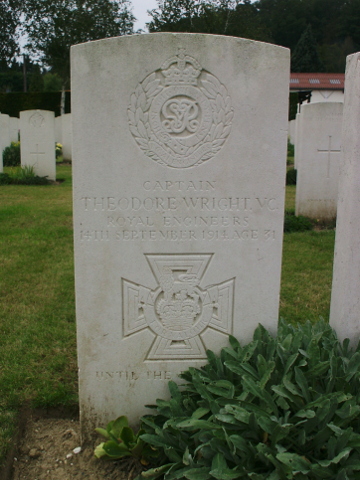 Gallantry at Mons on 23rd August in attempting to connect up the lead to demolish a bridge under heavy fire; although wounded in the head he made a second attempt.

At Vailly, on 14th September he assisted the passage of the 5th Cavalry Brigade over the pontoon bridge and was mortally wounded whilst assisting wounded men into shelter. 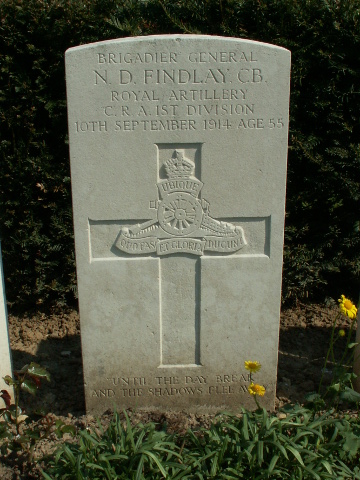 Brigadier General Findlay died of wounds and was the first British General to be killed in the war. 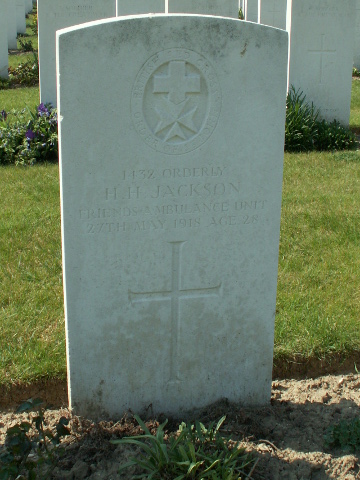 This area is at the western end of the Chemin des Dames which was the scene of an immense battle in 1917.

There are numerous monuments as well as British and French Military cemeteries throughout the area. The British had also fought here in 1914 and 1918. There is a monument to the 1st Loyal North Lancashires at Cerny en Laonnois and one to the 2nd Bn Devonshire Regiment at La Ville aux bois les Pontavert.

The Plateau de Californie at Craonne is only a short drive away and offers superb views over the countryside as well as acting as a monument to the futility of the French assault and its heroism.