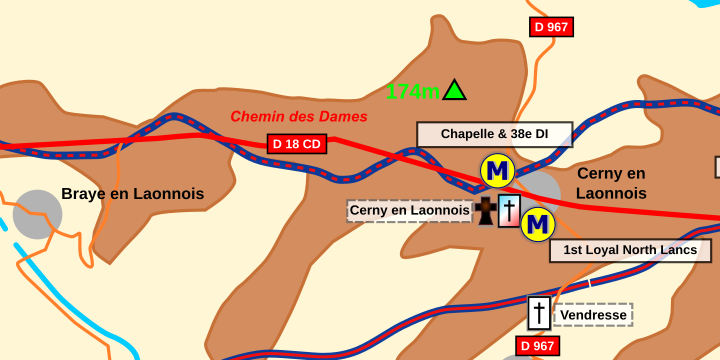 Reaching the crest at Cerny-en-Laonnois you come to this small chapel which has become the main memorial to those that died during the offensive. 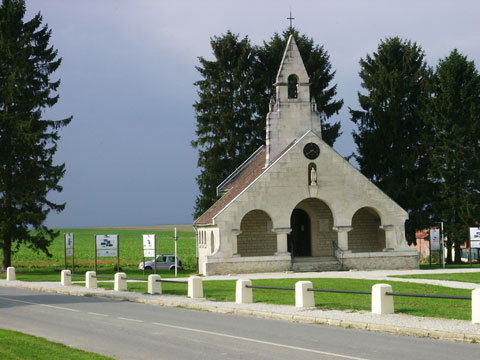 The chapel is not an official memorial but privately erected, as is the chapel at Rancourt on the Somme. 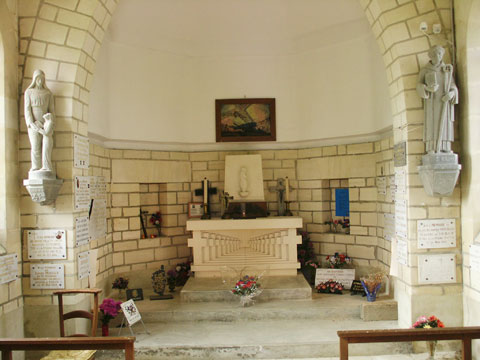 Inside you will find numerous plaques dedicated to units or individuals.

The first thoughts of providing a chapel here were put forward in 1930 but nothing came of them. After the Second World War, in 1949, Abbé Herlem and the Veterans from the Aisne formed a committee to raise a memorial, to further the reconciliation of people by the memory of their sons killed on opposing sides of the battlefield. 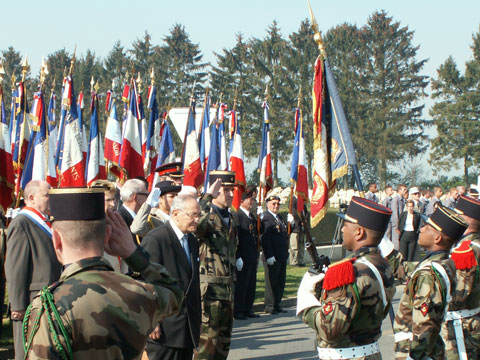 It is here that veterans and officials come to remember the battle and fallen every year.

In many ways it is ideal, for French, German and British soldiers fought here and Italian and Russian soldiers not far away in the valleys — representing five of the belligerents.

On 8th July 1962, during a private visit to the German Cemetery, Chancellor Konrad Adenauer was met by President Charles de Gaulle in what became a precursor to the Franco-German Treaty of 1963.

In front of the chapel is a white lighthouse and behind, two cemeteries, one French the other German.

Traditionally the village is considered the birth place of Saint Rémi, the Bishop of Reims who baptised the first Christian King of the Francs : Clovis in 499 (It was Clovis that made Paris his capital, in 506). 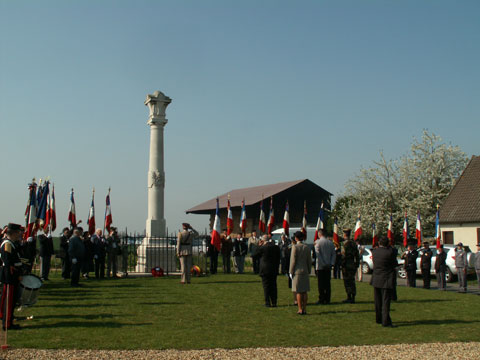 On the main road at the junction is a memorial to the 1st Battalion of the Loyal North Lancashire regiment who fought in the area during September 1914.

In attempting to force the ridge on 14th September 1914 the British were to confront many of the same problems as the French in 1917.

The Germans had the better observation points were well dug in and at this stage of the war the British did not have the artillery available to support such a frontal attack.

The 1st Loyal North Lancashire were part of General Haig’s I Corps, serving in the 1st Division, and they saw bitter fighting in this area.

In the immediate area.

Continuing along the Chemin des Dames towards the Caverne du Dragon you will see a small monument on your left.