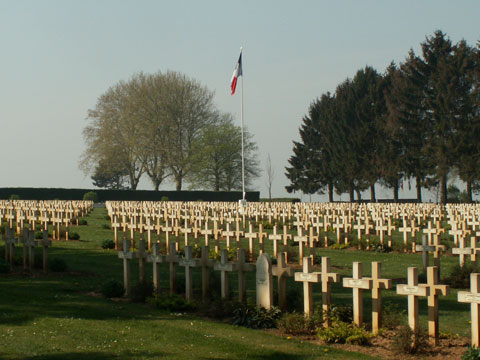 Immediately to the left of the Memorial Chapel is this vast French Military Cemetery. 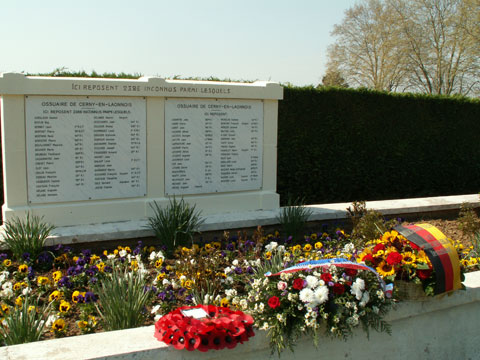 Only 2,764 of the French soldiers have individual graves, the remainder are in a huge collective grave of 2,386 soldiers.

The cemetery is a concentration cemetery (as are most of the various nations’ military cemeteries : the CWGC being the exception) bringing in soldiers from the general area of Cerny including those killed on the Vauclerc Plateau and Vendresse. 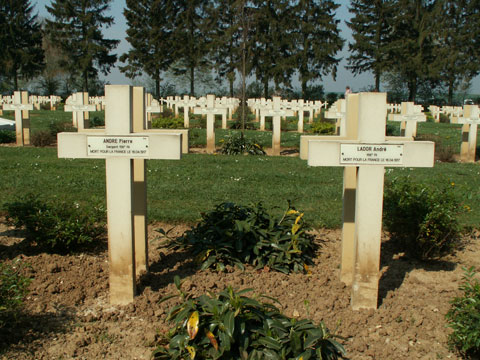 Passing through the French Cemetery the German Military Cemetery was created by the French authorities in 1919 as part of the Treaty of Versailles. 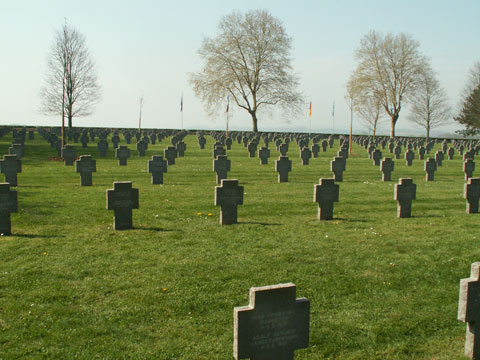 Soldiers graves from the area were concentrated into this cemetery which originally contained 5,125 graves.

It was further enlarged in 1924 and 1925 by bringing in more graves from the local area and now contains 7,526 graves. 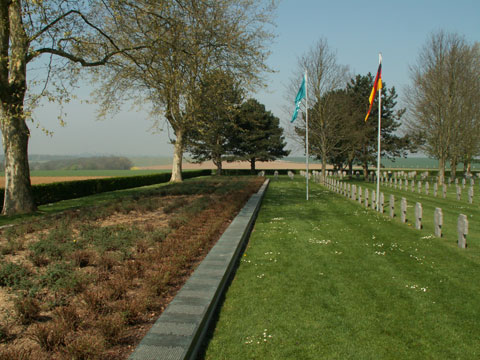 Of these, 3,533 have individual graves (46 unknown) whilst to the rear a large collective grave contains the remains of 3,993 soldiers almost all of whom could not be identified.

The first works carried out by the Volksbund Deutsche Kriegsgräberfürsorge were completed in 1928 and in 1972 the old wooden crosses were replaced by those of stone. 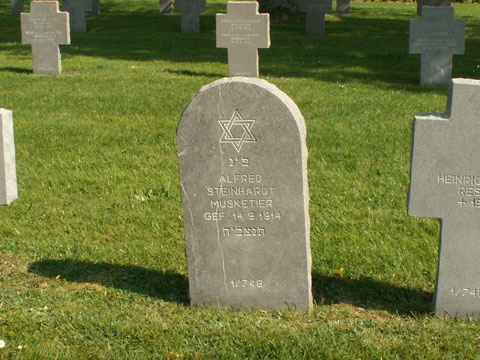 Amongst the crosses you will also see twelve Jewish headstones, something that you will not find in the Second World War cemetery at Malmaison.

In the immediate area.

Continuing along the Chemin des Dames towards the Caverne du Dragon you will see a small monument on your left.