This Nécropole Nationale is easily located following the signs from the village. Just on the southern side of the Aisne bridge near Cote 108 you turn off towards Gernicourt on the D1140. Within a few hundred metres the cemetery will be immediately in front of you.

I would point out that as this is the Departmental boundary the road number can suddenly change. The main road which used to be the National 44 is now the D 1044 in the Aisne and the D 944 south of the bridge in the Marne. 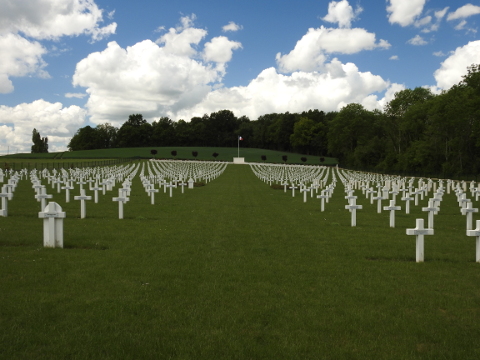 Created during the war the cemetery was formerly called the Cimetière Militaire de Moscou after a nearby farm on the main road. It was designated a National Cemetery in 1925 (That is the State became responsible for its upkeep).

It is situated opposite the areas of Cote 108 and Sapigneul where French forces were heavily involved during the Nivelle offensive of 1917. 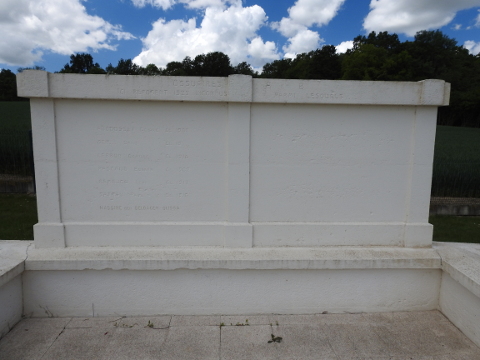 Of the 1,529 burials in the two ossuaries, only seven could be named

The cemetery is a consolidation cemetery bringing in the remains of soldiers from many of the smaller cemeteries in the area, some of which would have been German in origin.

Amongst the graves you will also find six Russians (The Russian Brigade also fought at Sapigneul) and a Belgian.

On the right hand side there is a plot of 31 British soldiers, two of whom are from the Second World War. 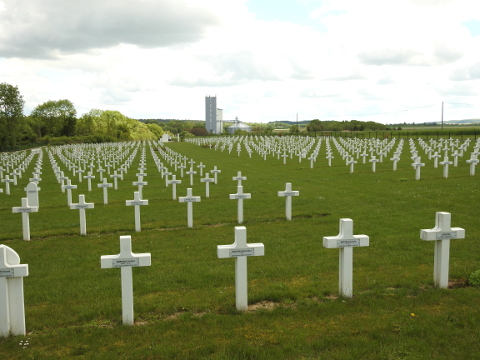 The Commonwealth graves from the 1914-18 War were all brought in after the Armistice. All fell on the 27th-29th May 1918, in the Battle of the Aisne. Only twelve of these graves are identified. Nine of them are from the 12/13th Bn Northumberland Fusiliers. 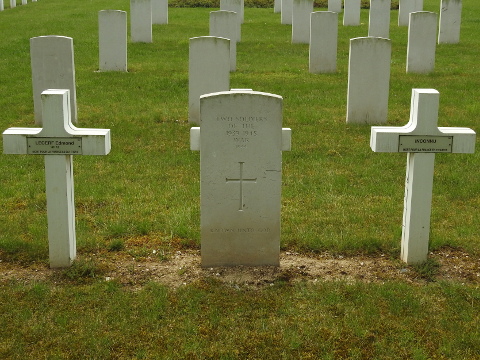 There are also the graves of two unknown British soldiers of the 1939-1945 War.

I have photographs of all the graves. 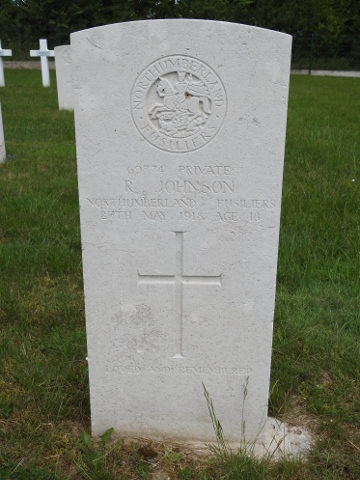 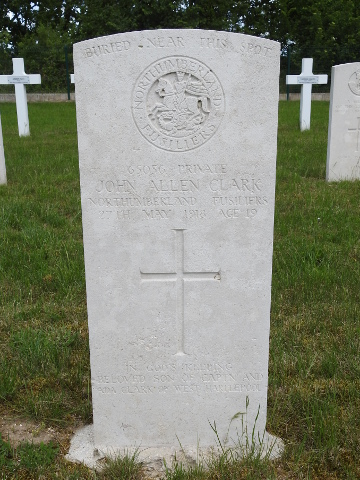 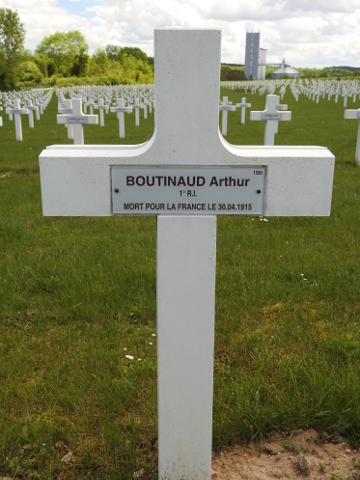 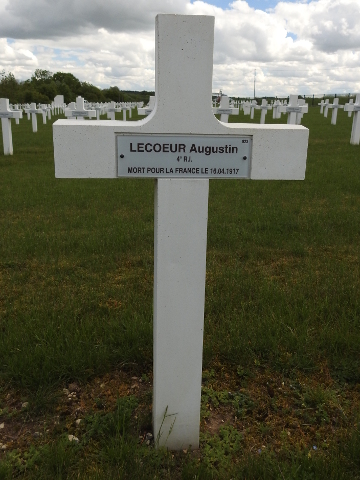 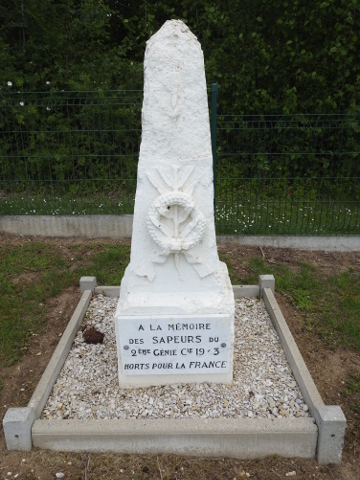 At the top end of the cemetery you will see this small memorial to those of the 2e Génie (Engineers) 19/3 Compagnie, who died in the fighting around Cote 108 and Mont Sapigneul during the mining war of 1916.

The 19/3 Company had arrived in front of Cote 208 on 29th May 1916 and were thrown into the mining war almost immediately when the same day the Germans blew a camouflet killing Capitaine Louis Lavilledieu and fourteen men.

During their time in the sector (they were relieved on 10th November 1916) they had themselves detonated twenty-one mines or camouflets and been subjected to sixteen by the German engineers. Forty-one of them had been killed and a further twenty-one injured.

If an explosion ruptures the surface, it is a mine. If it is contained underground, it is termed a camouflet. Tunnellers would use camouflets to collapse the other side’s galleries and mines.