Hooglede is located about 22 km north-east of Ieper off the N313.From Ieper, take the N 313 through Poelkapelle and on towards Roeselare. On arriving at the square and Sint-Amunduskerk (church) turn right into Roeselarestraat and then left onto Beverenstraat.

The cemetery is about 700 metres down this road on your left.

Alternatively the N 32 out of Roeselare towards Torhout allows you to approach from the other end of the N 313.

The cemetery is signposted within the village (there is an excellent beer warehouse here). 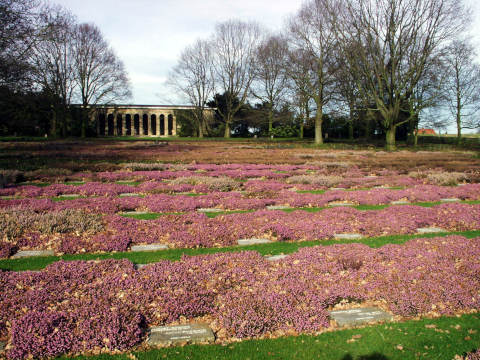 The situation for the quarter of a million German dead from the battles in West Flanders is somewhat different. Originally the Soldatenfriedhof were as numerous on the ground as Britain’s. However the territory was rented and initially for only thirty years.

After the Second World War an agreement was reached between the two governments and Belgium allowed four major cemeteries which would act as concentration cemeteries. This land has also been given on a permanent basis.

The cemetery was created between the two wars and managed to escape the concentration which occurred later on. It now contains 8,247 graves.

The graves are marked by Belgian granite plaques with, in general, two names to each grave. This is comparison to the other cemeteries where you can find up to twenty names on a plaque. 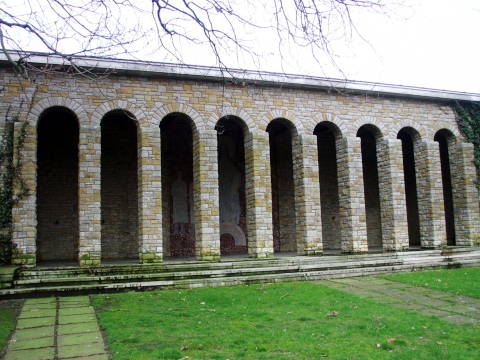 The graves are surrounded by trees, and basalt crosses familiar to other German cemeteries have been placed between the rows. At the head of the cemetery is a colonnade with a small chapel. The stone material that was used for this came from the German pavilion built in 1937 for the World Exhibition in Paris.

With financial support from the Flemish government, the cultural heritage authorities and the town of Hooglede, the Commission was able to carry out a complete renovation of the cemetery in 2011. A ceremony marking the reopening of the cemetery was held on 5 May 2012. 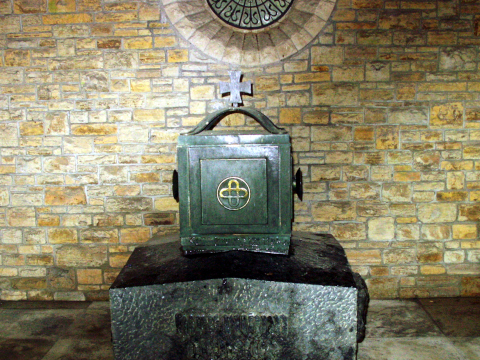 The cemetery register within the chapel 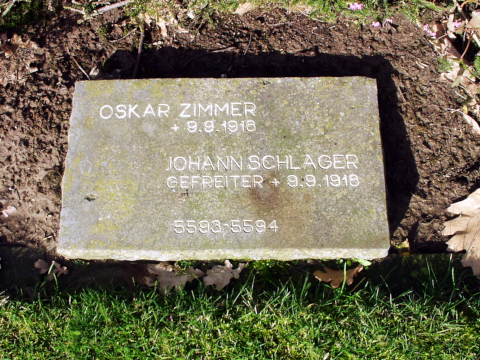 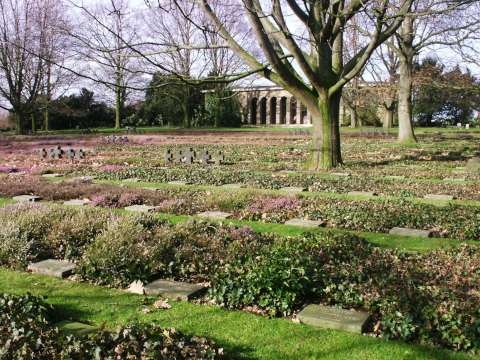 Basalt crosses mingle with the colour of the shrubs