Menen is a town to the south-east of Ieper towards Kortrijk. The Menin Gate in Ieper uses the French version of the town’s name.

Either take the A19 Autoroute coming off at Menen (exit 2) or the N8 — Menenstraat, which goes through the town — both routes lead you to the junction of the N8 and the N32. Just after the junction with the N32 you will see signs taking you left onto Henri Debrabanderstraat. At the top of this you turn right onto Groenestraat. Immediately after the railway line you will come to the cemetery on your left. 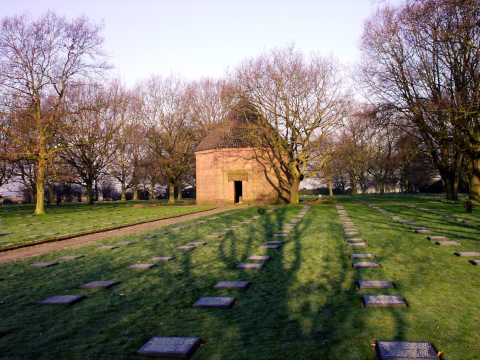 The small chapel in the cemetery

Not far from the French border the Soldatenfriedhof at Menen now contains the tombs of 47,911 soldiers. It continues to receive burials of recovered German soldiers.

The situation for the quarter of a million German dead from the battles in West Flanders is somewhat different. Originally the Soldatenfriedhof were as numerous on the ground as Britain’s. However the territory was rented and initially for only thirty years. 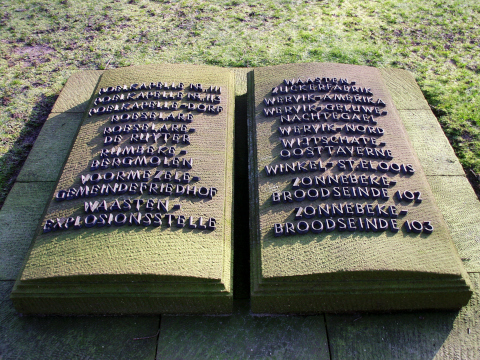 Towns from which the casualties have been brought

After the Second World War an agreement was reached between the two governments and Belgium allowed four major cemeteries which would act as concentration cemeteries. This land has also been given on a permanent basis.

The original cemetery was created in 1917 and contained 6,340 graves. Between 1955 and 1959 the authorities concentrated forty-nine smaller cemeteries into Menen.

It is the largest German Military Cemetery in western Europe.

The entrance gate contains the register and leads directly out into the cemetery and towards a small chapel.

The inside of the chapel shows a number of mosaics containing motifs from the Bible. 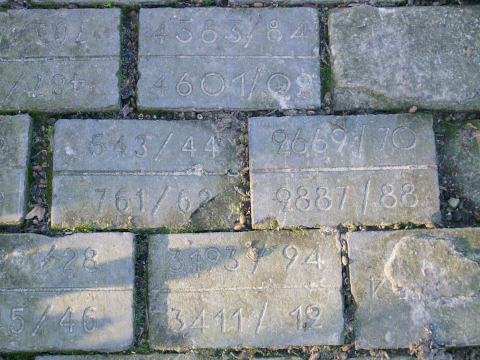 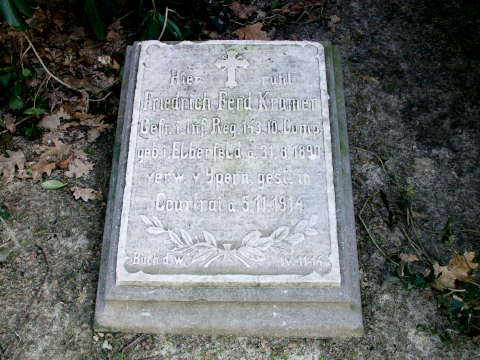 One of the original headstones 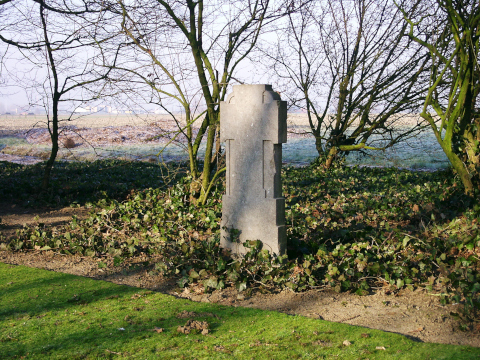 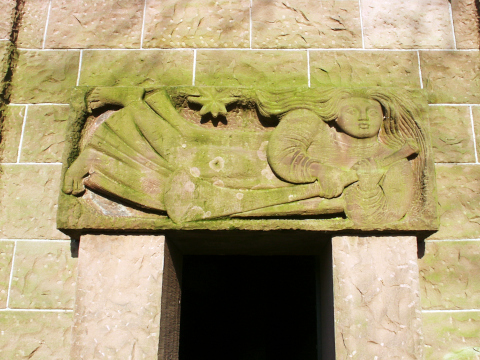 The entrance to the chapel 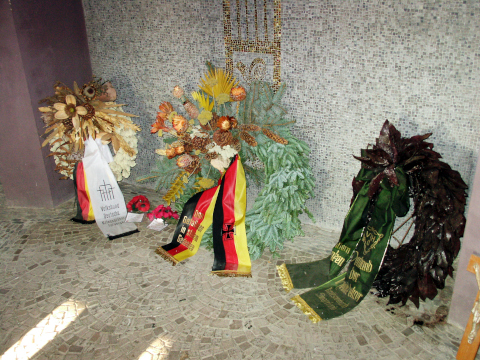 Wreaths within the chapel