The civilian cemetery is known as the : Cimetière des Bruyères. 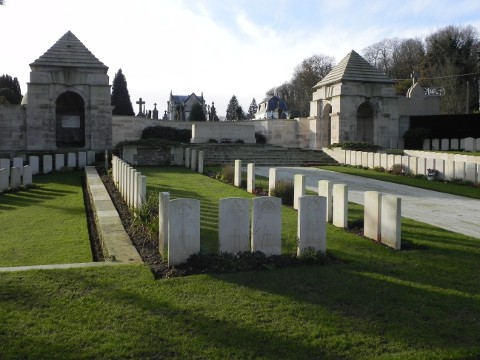 St. Omer became on the 13th October 1914, and remained until the end of March 1916, the General Headquarters of the British Expeditionary Force.

Lord Roberts died there in November 1914.

It was a considerable hospital centre, more especially in 1918; the 4th, 10th, 7th Canadian, 9th Canadian and New Zealand Stationary Hospitals, the 7th, 58th (Scottish) and 59th (Northern) General Hospitals, and the 17th, 18th and 1st and 2nd Australian Casualty Clearing Stations were all, at some time during the war, quartered in St. Omer.

At Elnes, 11 kilometres to the South-West, the 8th Casualty Clearing Station made a small cemetery in the summer of 1918; and the four graves from Elnes, with three others, were brought into the Souvenir Cemetery after the Armistice.

Special Memorial headstones are erected to 23 men of the Chinese Labour Corps whose graves could not be exactly located and an airman of the Royal Air Force, buried at the time in Merckeghem churchyard, whose grave is now lost.

The British portion of the Cemetery covers an area of about 5,541 square metres. 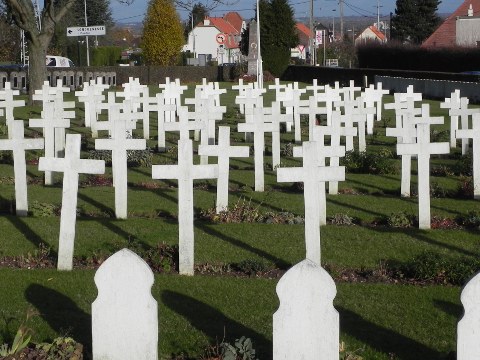 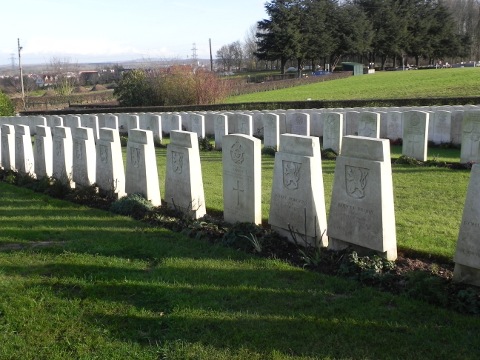 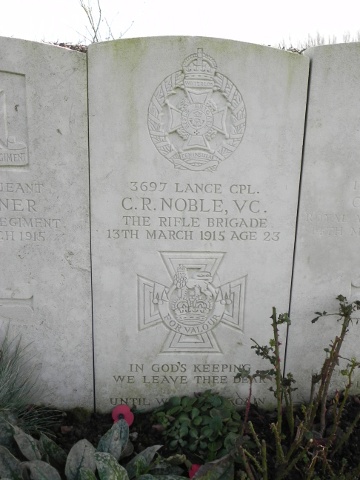 For most conspicuous bravery on 12th March 1915, at Neuve Chapelle, when their battalion was impeded in the advance to attack by wire entanglements, and subjected to a very severe machine-gun fire, these two men voluntarily rushed in front and succeeded in cutting the wires.

The other soldier was : CSM Harry Daniels VC MC
who survived the war. He was commissioned shortly after this action and would achieve the rank of Lieutenant Colonel by the time he finally ended his military days for good in 1942.
He become the manager of the Grand Theatre Leeds.
He died on his 69th birthday : 13th December 1953. 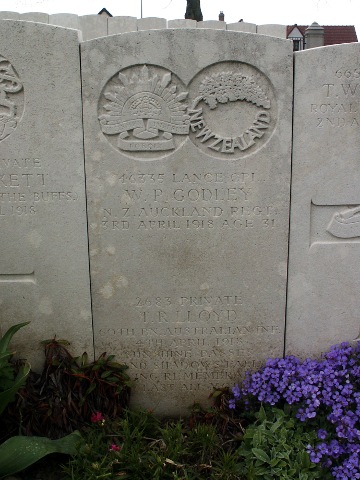 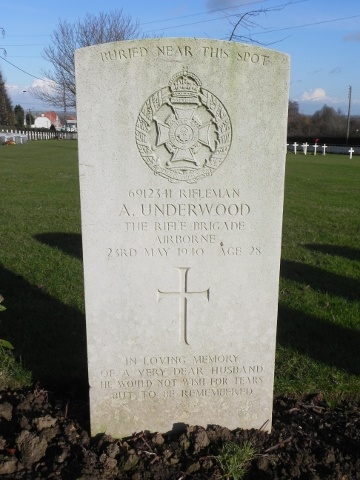 In loving memory
of a very dear husband.
He would not wish for tears
but to be remembered 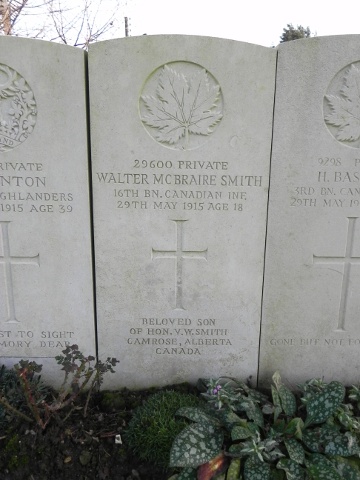 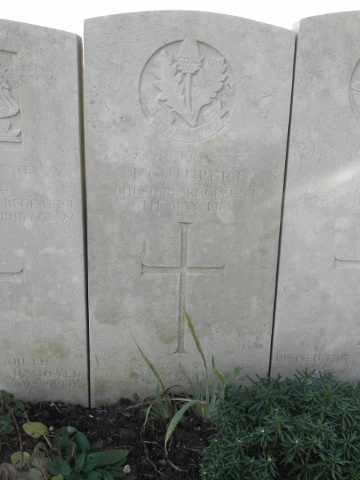 Shot at dawn for disobedience

In April 1916 Cuthbert was one of a group of soldiers detailed to carry out wiring duties in no man’s land near the Ferme du Bois sector at Richebourg (Part of the ground taken in 1915 during the Battle of Festubert).

It was a clear night and talk amongst the group suggested that it would not be wise to carry out the mission. Ultimately the soldiers refused to go over the top with their officer and NCOs. The Company Commander was called and he explained quite clearly the consequences of refusing to go out and in a show of leadership said he would take the party out himself.

Cuthbert stated that he would rather be shot than go out. His subsequent court martial for disobedience to orders granted his wish. The wiring mission led by the Company Commander was completely successful and without casualties. 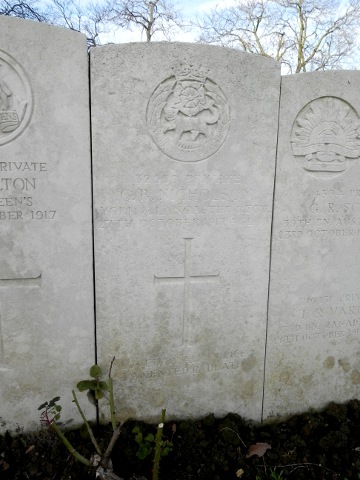 The private, from Middlesbrough, had joined the 8th Yorkshire and Lancaster Regiment aged 16, lying about his age.

Nicholson had a number of confrontations with the military system. On 4th June 1917 he had deserted and been sentenced to 90 days Field Punishment No1 (Where he would have been tied up in full view of others). Deciding to forego that punishment Nicholson went absent on the 18th July 1917. As a result of that he was given two years with hard labour (All of these prison sentences were suspended during the war so that the soldier was sent back to his unit).

On the 25th August 1917 Nicholson was warned for front line duty and deserted again. He was arrested the following day and this time the court martial showed no clemency to the soldier.

Whilst his platoon had been waiting near Dikkebus there had been a bombing raid with a number falling near the men forcing them to take cover. When they fell in again Nicholson was gone.

In his defence Nicholson simply stated: “When the bomb dropped, I got nervous. I can’t say anything else.”

Nicholson’s Court Martial took place on the 8th October 1917, by chance two days later his twin brother John was killed near Ieper whilst serving with the 2nd Bn Essex Regiment. He is buried in Poelcapelle British Cemetery (Grave: XLVI D 6). 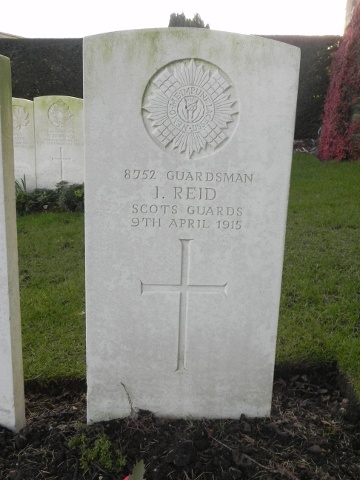 Private Reid deserted during the Battle of Neuve Chapelle on the 11th March 1915. He was arrested a few hours later and admitted that he had lost his head in the midst of battle. Although found guilty a recommendation was made for mercy. Such was not forthcoming from higher command and Reid was executed on the 9th April. Originally buried in Laventie Communal Cemetery his body was later transferred to St Omer (along with the other CWGC burials) as the communal cemetery was in need of the space. 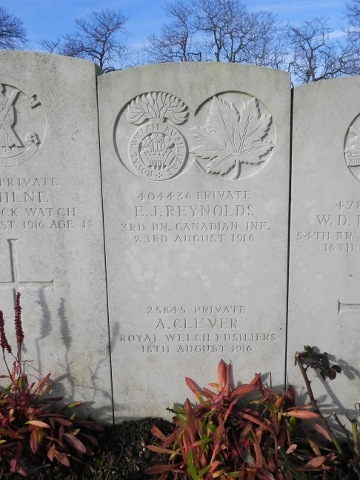 An interesting case in that on 25th July 1916 Reynolds fell out from the ranks whilst his battalion was on its way to the front. When told to fall back in again he refused to do so.

Then on the 27th he reported to his transport lines stating that he had got lost. He was sent back to his Company the following day but never actually arrived, returning back to the transport lines. He was later charged with desertion and despite previous shows of bravery failed to receive a commuted sentence. 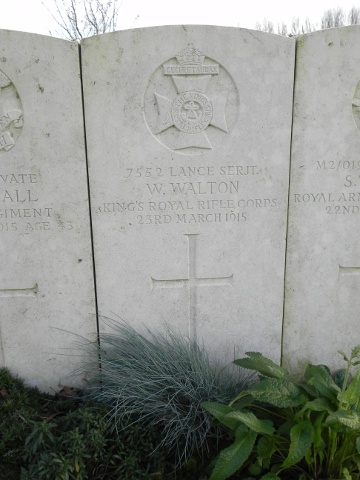 A veteran of Mons, Serjeant Walton had gone absent immediately after the First Battle of Ypres at the end of 1914. He managed to find his way back to St Omer where he took refuge with a family. He managed to evade capture until March 1915 when his presence became known to the authorities.

At this stage of the war Shell Shock was not understood and although Walton exhibited many of the symptoms they were not taken into account in the decision to have him executed. Later in the war he may have been treated with more leniency – though it has to be said that whilst few of those sentenced to death were actually executed, it was often a lottery as to just who was or wasn’t put before a firing squad. 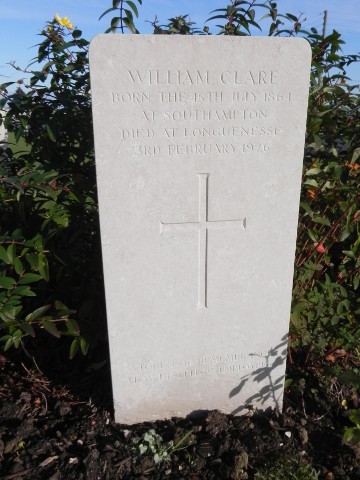 A token of remembrance
From his fellow employees 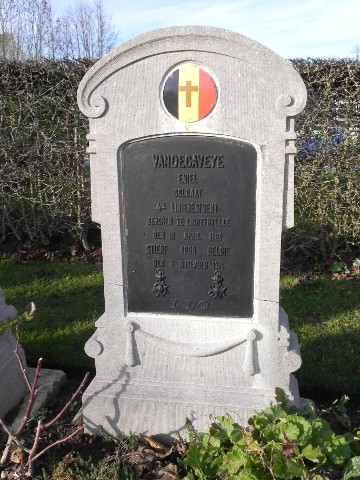 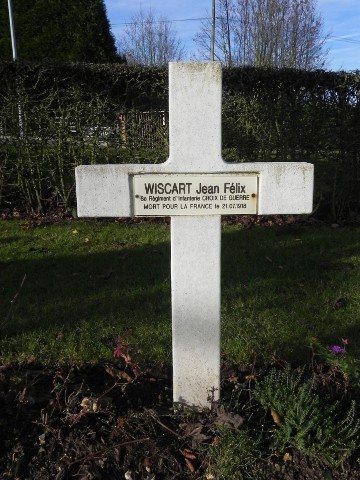 The 8e RI were the local regiment to St Omer. In November 1920 they provided the Guard of Honour at Boulogne sur Mer for the United Kingdom’s Unknown Soldier during his last night on French soil.

As an aside, it was the 8e RI that lost their Eagle during the Battle of Barossa in 1811 to the 87th (The Prince of Wales’s Irish) Regiment of Foot. That regiment would eventually become the Royal Irish Fusiliers whose standard is adorned with the Napoleonic Eagle.