Webmatters : The town of St Omer

The town of Saint Audomar

I suspect that St Omer is another of those towns that is either driven around on the way to somewhere more interesting or used as a lunch stop and a fleeting visit.

It is however a very pleasant town and one in which you could easily pass the best part of a day. 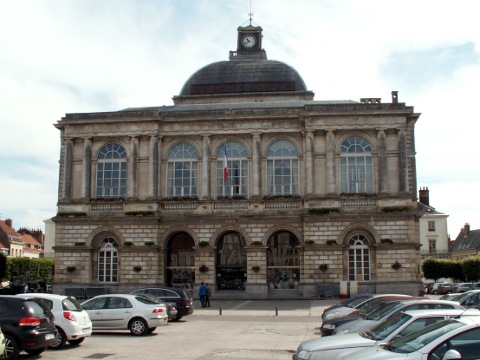 Apart from its own historical buildings, St Omer is forever linked to the Royal Air Force and a visit to the Air Services Memorial at the aerodrome should not be missed. Like the Souvenir CWGC Cemetery the aerodrome is technically at Longuenesse.

The centre of the town does consist of a number of narrow streets but there is ample parking (much of it requiring payment, though it is not expensive).

The town centre is quite compact and not too hard on the feet. The staff at the Office de Tourisme (next door to the cinema) are very helpful.

Saint Audomar (St Omer) as Bishop of Thérouanne in the 7th Century founded the Abbey of St Bertin on a nearby hill. The abbey grew in size and importance and along with that of St Vaast in Arras became one of the most powerful in France.

The town that sprang up around St Bertin took the name of St Omer and was forced to build defensive walls following raids by the Normans who laid waste to the town in 880 AD.

Coming into the possession of the Count of Flanders the town’s weaving industry flourished over the next couple of centuries.

Then in 1212 the town passed into the hands of the Count of Artois (as part of a marriage dowry) and French became the official language replacing Flemish.

Two years later, an unhappy Ferdinand Count of Flanders decided to try and win back the towns of St Omer and Aire sur la Lys by force of arms.

Forming a coalition of powers, the central architect of which was King John (Sans Terre) of England, war was declared on King Philippe Auguste of France.

John’s efforts to lure the French away from the north towards Normandy failed and the remainder of the coalition under the Holy Roman Emperor was soundly crushed at the Battle of Bouvines on 27th July 1214.

Having already lost almost all of the Angevin territories on the continent to Philippe, one of the side effects of this crushing defeat was to completely undermine the power of King John forcing him to sign Magna Carta on 15th June 1215.

Like Arras the town of St Omer as part of Artois would find itself as part of Burgundian Flanders (when in 1384 the Dukes of Burgundy inherited the County of Artois) and then with the Treaty of Senlis in 1493 part of the Spanish Netherlands.

Squabbles over the territory were far from over and in 1640 Arras fell to the French Army of Louis XIII who had begun a campaign to retake the lost counties. Louis died in 1643, and his son Louis XIV continued the campaign laying siege to St Omer in 1677. After 17 days the town capitulated on the 20th April following the defeat of the Flemish forces of Stadhouder William of Orange at Cassel. 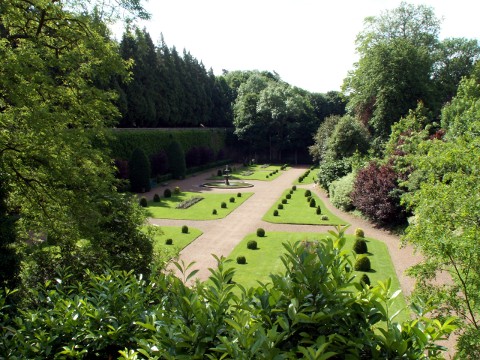 The ramparts form the wall of the rose garden

Louis immediately had his military architect Vauban refurbish the town’s defensive walls and part of his work can still be seen in the Jardin public. In 1711 the walls were put to the test during a siege by forces under the command of the Duke of Marlborough.