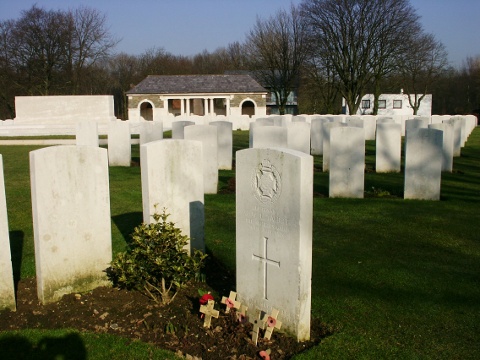 The grave of Gilbert Talbot

Sanctuary Wood is one of the larger woods in the commune of Zillebeke. It was named in November 1914, when it was used to screen troops behind the front line. It was the scene of fighting in September 1915 and was the centre of the Battle of Mount Sorrel (2nd -13th June 1916) involving the 1st and 3rd Canadian Divisions.

There were three Commonwealth cemeteries at Sanctuary Wood before June 1916, all made in May-August 1915.

The first two were on the western end of the wood, the third in a clearing further east. All were practically obliterated in the Battle of Mount Sorrel, but traces of the second were found and it became the nucleus of the present Sanctuary Wood Cemetery. 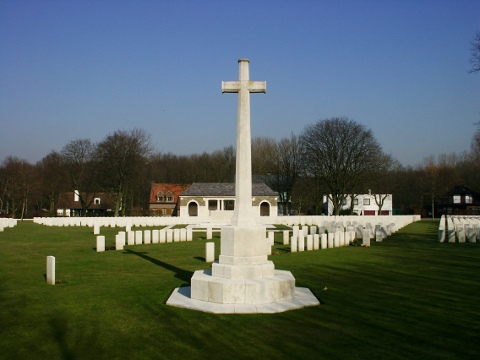 At the Armistice, the cemetery contained 137 graves. From 1927 to 1932, Plots II-V were added and the cemetery extended as far as ‘Maple Avenue’, when graves were brought in from the surrounding battlefields. They came mainly from the communes immediately surrounding Ypres, but a few were taken from Nieuport (on the coast) and the following smaller cemeteries: 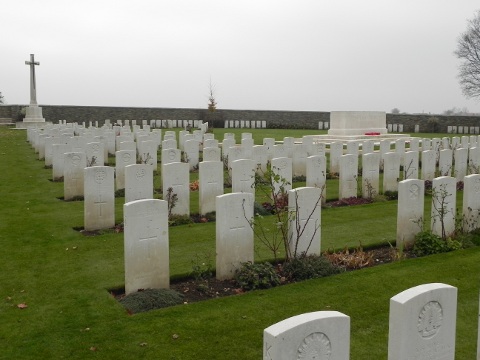 In Plot I is buried Lieutenant G.W.L. Talbot, in whose memory Talbot House at Poperinghe was established in December 1915. The first list of the graves was made by his brother the Reverend Neville Talbot, MC, later Bishop of Pretoria.

There are now 1,989 Commonwealth servicemen of the First World War buried or commemorated in the cemetery. 1,353 of the burials are unidentified. Many graves, in all five plots, are identified in groups but not individually. 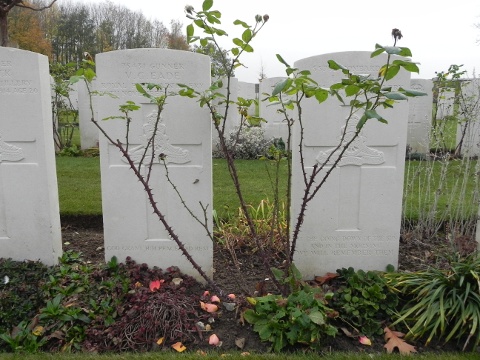 This is part of a collective grave for the eight casualties from this same battery. 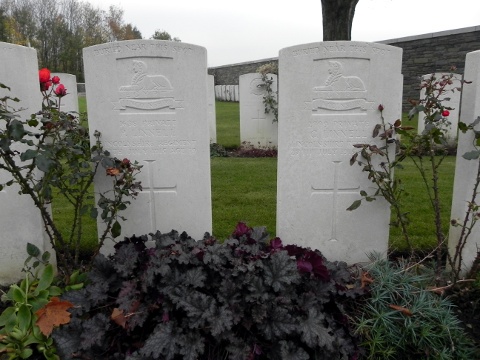 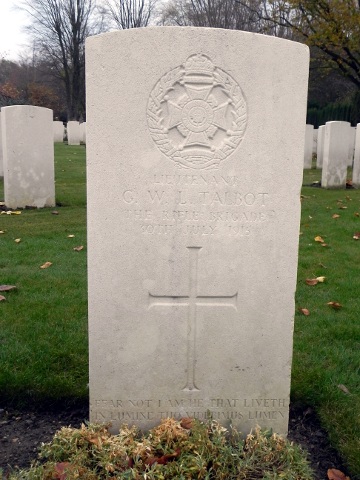 Brother of the Rev. Neville Talbot who,
with the Rev. Tubby Clayton, named
the soldier’s club, Talbot House (Toc H)
in his memory 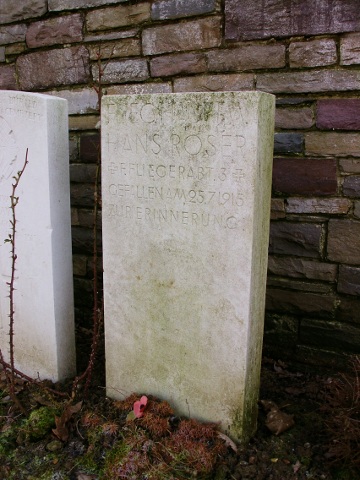 Hans Roser was observer in the third aircraft to fall victim to Captain Lanoe Hawker in this area on the 25th July. Subsequent to this victory Hawker was awarded the Victoria Cross.

Just outside the cemetery to the left of the entrance you will see this cross which is a private memorial to 2nd Lieutenant Keith Rae of the 8th Bn Rifle Brigade. He was killed during the German flamethrower attack on Hooge Chateau on 30th July 1915.

Twenty-five year old Rae’s body was never recovered and the family raised the cross on the chateau grounds. When it became impossible to guarantee its upkeep the cross was moved to this location.

He is commemorated on the Menin Gate.