Webmatters : The town of Poperinge

Poperinge is about 12 kilometres to the west of, and easily accessible from, Ieper along the N 308 or by crossing the border from France near Steenvoorde on the D 948. If you have come up from the Channel ports via the autoroute there is a good chance that you have driven through it.

Poperinge is in Belgian Flanders so the road signs are in Flemish, there can be some confusion near the border coming from France as the frontier criss-crosses the main road. Most town names are easily understood in either language, however Rijsel is Lille and Belle is Bailleul (and Dunkirk is English). 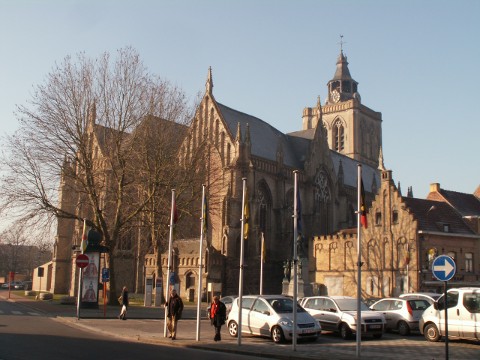 In mediaeval times Poperinge was owned by the Count of Flanders. At the outbreak of the Hundred Years War, Count Louis I took the unusual position (certainly financially) of backing Philippe VI of France against Edward III of England, putting his family ties to the French monarchy before his county’s dependence on the English wool trade.

His high taxes had already caused one insurrection which had been put down by the French at the Battle of Cassel in 1328.

That French aid sealing the tie between France and the Count, who would be killed at the Battle of Crécy in 1346.

The 2nd Battle of Cassel

Over the centuries Flanders passed (via marriage and inheritance) into the hands of the Duke of Burgundy and eventually out of French custody into the hands of Charles Quint, Holy Roman Emperor and King of Spain.

Then in 1639 Louis XIII began his attempt to regain the Burgundian territories for France and this led eventually to his successor Louis XIV entering Ieper on 25th March 1678 following the defeat of the Dutch under William III at Cassel.

The 3rd Battle of Cassel

Almost immediately he had his engineering genius: Maréchal Vauban, revise Ieper’s fortifications and it is Vauban’s work that can be seen today and served as shelter for Allied troops throughout the Great War. The Menin Gate now forms part of those ramparts.

Having re-taken Flanders Louis XIV was then required to give up most of his conquests in the treaty of Ryswick in 1697. The French were not long gone though and in 1794 Flanders was declared the Département of Lys by revolutionary France. Following the Battle of Waterloo on 18th June 1815 the area was integrated into the Netherlands, from which Belgium in turn revolted in 1830. 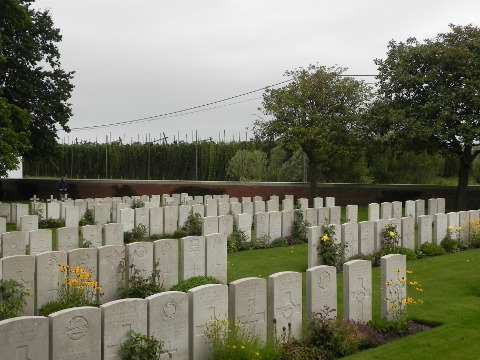 It does not take long to realise that this is a major hop growing area. Almost all of the hops grown in Flanders are concentrated between Arras and Poperinge and Poperinge accounts for 70% of Belgium’s entire production. Approaching from France you will find hop fields on either side of the road. The local concentration of the crop also explains the recent flourishing of small breweries in French and Belgian Flanders.

It is also quite probable that it was the Poperingenaars who taught the English how to cultivate the plant.

The Flemish word for hops is Hommel (Houblon in French) which gives its name to one of the local beers brewed at Watou. You will find the Hop Museum in Poperinge and a triennial hop festival and parade is held in the month of September.

The reason that the population had turned to hop growing as a primary means of income was because their original trade of weaving had been reduced to nothing by Count Louis’ preference to Ieper as a commercial centre (which helps explains the magnificence of its Cloth Hall) but ultimately the trade’s downfall was caused by his allegiance to France against the English (who supplied the raw material).

The Great War and ‘Pop’

The letter – g – in Flemish is pronounced rather like the -ch in Bach. Following the war, Flemish spelling has been modernised a number of times which has resulted in the removal of the redundant – h – in many town names.

It should be noted that all of our CWGC Cemeteries use the old spelling: Poperinghe Old Cemetery, but Poperinge Communal cemetery

By the end of 1914 the only two Belgian towns still in Allied hands were Ypres (as it was known) and Poperinge.

Apart from a German occupation of a few days in October 1914 the town would remain British for the duration of the war.

If you have arrived here from Calais you have come by a very similar route to that trodden by the thousands of reinforcements on their way to the inferno of the Ypres Salient.

Although the town was not immune from long distance artillery (and eventually aerial bombardment) it did enjoy sufficient safety to make it a centre for hospitals and rest areas.

It’s railway station was one of the busiest of the war and the local estaminets did a fine trade.

A building that became particularly familiar to war time visitors (and long since) was Talbot House or Toc-H.

The Rev. Neville Talbot was the Senior Chaplain of the 6th Division and had been on the lookout for suitable premises for a church clubhouse where soldiers of any rank could get away from the ardours of the war for a moment.

Talbot arranged for a friend The Rev. Philip Tubby Clayton (as round as Talbot was tall) to run the building at No 10 rue de l’hôpital (now 43 Gasthuisstraat) which Talbot had convinced the military to rent for the duration of the war whilst its owner was away seeking somewhere less dangerous to live.

The club was opened on 11th December 1915 and named after Lieutenant Gilbert Talbot, the brother of the chaplain, who had been killed at Hooge on 30th July that year.

On its top floor a chapel was installed and services were held here on a regular basis.

The house was bought after the war by Lord Wakefield (who also bought the Spanbroekmolen Crater) and it was presented to the Toc-H Movement.

In 1996 Toc-H was able to buy the old hop store which adjoins the house and in which a concert hall was located to entertain the troops.

Both buildings have been restored and are available to visit for a small fee every day except Monday. It is also possible to stay overnight in one of the rooms.

The Stadhuis and Shot at Dawn memorial

A short walk from this place of rest and tranquillity is the Town Hall or Stadhuis. As Poperinge had become an important military base the full panoply of services were to be found here including those of law and order. 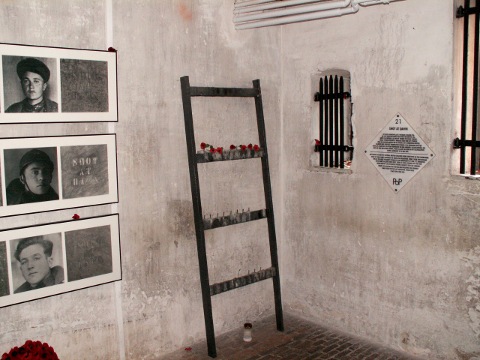 As you enter the courtyard of the Stadhuis you will find two British military cells on your right. These were used as ordinary cells on a daily basis but from 1916 they also became the final shelter for a number of soldiers condemned to death for a variety of offences, the most prevalent of which was desertion.

The cells can be visited during the daytime and have been renovated into a small memorial for all those who spent their last night within. Continuing into the courtyard there is a memorial to the executed soldiers. The firing post is the last one used at Poperinge. 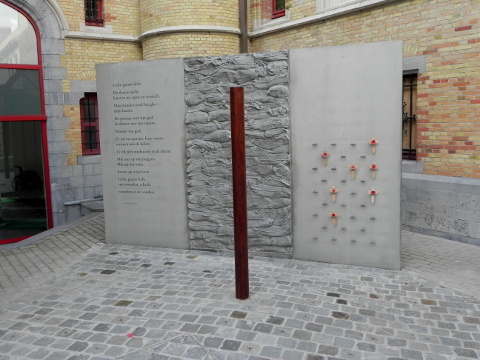 Alongside it a large plaque proclaims a verse from Rudyard Kipling’s Epitaphs of War (1919).

I could not look on death,
which being known,
men led me to him,
blindfold and alone.

It is ironic that the firing post used in this memorial to those who were executed for lack of courage, disobedience and desertion (and have since been pardoned) was used for the execution of a Chinese labourer, Ch’un Wang, sentenced to death for murder in 1919 – a fate that would still await murderers in China ninety years later.

There are Commonwealth burials in three cemeteries within the town boundary whilst the second largest in Belgium is just off the main road towards France at Lijjssenthoek. Poperinghe New Military Cemetery contains the burials of seventeen executed soldiers. The Chinese labourer Ch’un Wang whose execution pole is part of the memorial at the Stadhuis is buried in Poperinghe Old Military Cemetery.