Webmatters : The Battles of Cassel

At 176 metres the town of Cassel is the highest point in French Flanders and offers a superb opportunity to appreciate its strategic importance.

As I explained in my background to Arras the history of the north of France is complex to say the very least.

In mediaeval times the map was a veritable patchwork quilt of counties, duchies, and a host of other -ies, all vying for power.

Some owed allegiance to the King of France but for the more powerful amongst them this was a mere token.

In 1071 (five years after William conquered England) Robert I of Flanders came here to battle it out with his nephew Arnulf III over who was to be the legal heir to the County of Flanders.

Robert had decided that as the younger brother of the recently deceased Count Baudouin VI, he should take precedence over the son, Arnulf.

Despite being supported by King Philippe I and a party of Norman knights Arnulf’s numerically superior army was beaten by Robert, and Arnulf was killed.

The matter was not settled though because Robert was captured by the Duke of Boulogne, Eustace II whilst Arnulf’s mother, the Countess Richilde of Mons was captured by Robert’s men.

A prisoner exchange was carried out and Robert was recognised as Count (the only rival now being an ex-rival). 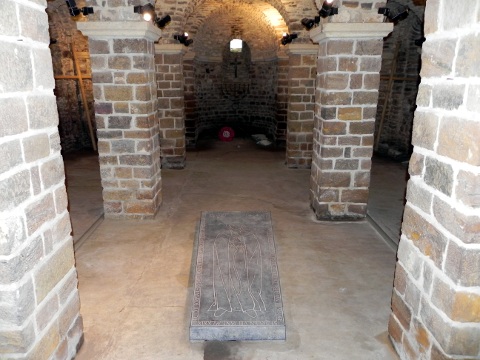 Robert’s mother Adele of France (daughter of Robert II of France) is buried in the crypt of the church at Messines (Mesen) which was used by the Germans as a First Aid Post during the First World War — one of those that was cared for was Adolf Hitler.

She had initially refused to marry him because he was a bastard – indeed he is often cited as William the Bastard in France. Legend says that she and her ladies-in-waiting created the Bayeux Tapestry.

Duke Eustace II of Boulogne was one of William’s companions and features on the Bayeux Tapestry. His second son (who also took part in the battle at the age of 11) was Godefroi de Bouillon.

Godefroi would become Lord of Bouillon (in the Ardennes) and Duke of Lower Lorraine. He took part in the 1st Crusade and was the first man to climb over the walls of Jerusalem in the battle for the city on 14/15th July 1099.

He was the founder of the Kingdom of Jerusalem. He is featured in one of the stained glass windows in the chapel at Notre Dame de Lorette near Arras.

Godefroi had inherited Lower Lorraine (then part of the Holy Roman Empire) from his uncle who had died childless, however the widow, Matilda of Tuscany made him fight all the way to maintain his title.

Matilda was the lady who lost her wedding ring in a spring in the Ardennes.

As a precious souvenir of her deceased husband she was delighted to have her prayers answered when a trout brought the ring back to the surface. 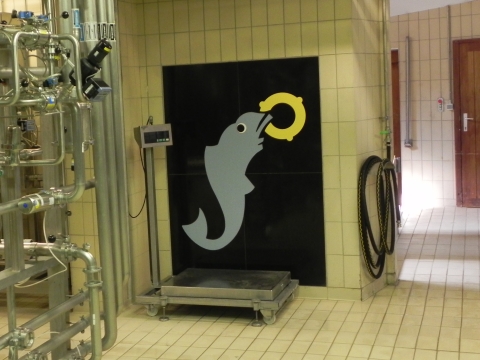 She is said to have declared that it was truly a golden valley (val d’or) and founded the Abbey of Orval. The abbey and its Trappist Beer carry the arms showing the trout returning the ring. The beer is superb.

Orval Abbey is only a few kilometres from the battlefield of Bellefontaine fought on the 22nd August 1914 — Maréchal Foch’s son was killed on the same day slightly further east in this group of battles known collectively as the Battle of the Frontiers. 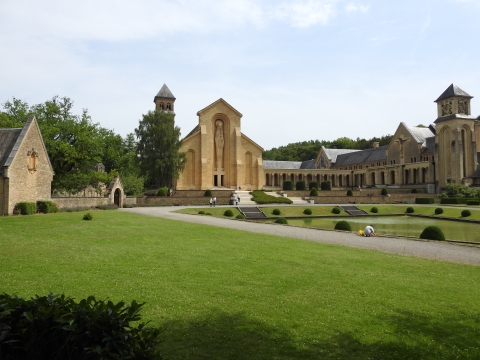 The second time that Cassel featured as a battlefield was as the culminating point of the Flemish Peasants’ revolt. Overwhelmed by the heavy taxes of Count Louis I of Flanders a revolt was started by Nicolaas Zannekin in 1323.

What started out as a few isolated riots soon escalated into a major insurrection. Louis fled to France and asked Philippe VI for aid.

Philippe brought an army north into Flanders where they found that Zannekin and his army of about 15,000 peasants had installed themselves on the hills. The apparent stalemate was broken on the 23rd August when in an effort to lure the Flemish down from their advantageous position the French began torching the neighbouring villages.

In part they succeeded in their ruse, but not in the manner they had expected. Zannekin took advantage of the heat of the day to attack the French camp whilst the knights were sheltering from the shade. At first he met with some success but once the knights had regained their composure they easily held off the peasants who were then attacked from the rear by the returning raiding party. Zannekin was killed and his army decisively beaten.

To punish its part in the uprising Cassel was sacked and its population put to the sword on the orders of Philippe.

Another connection with Orval

Philippe VI was the first of the line of Valois kings and his coronation would be one of the sparks that started the Hundred Years War between England and France.

In some ways, Edward III of England’s claim to the throne was more direct (through his mother) but French law forbade the crown being inherited via the female line.

This salic law as it would become, ensured that there was almost no chance that France could be inherited by a foreign power (As had happened to England).

Philippe’s army would be soundly beaten by that of Edward III at Crécy on 26th August 1346. During the battle the King Jean the blind of Bohemia led his men against the Edward, the Prince of Wales (The Black Prince).

Although killed in battle, his heroism touched the young prince who claimed the old king’s three plumes and motto Ich Dien for his own (and providing Wales with one of its symbols)

There is a memorial cross to King Jean on the Crécy battlefield and a copy can be found in the Czechoslovakian Cemetery at Neuville St Vaaast on the Artois Battlefield. 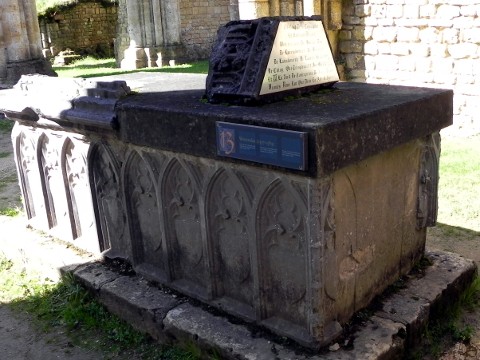 King Jean’s son, Wenceslas is buried in the grounds of the now ruined former Abbey at Orval. The ruins can be visited most days of the week and the Abbey boutique also sells their cheese and beer, which is one of only a handful of beers made by Trappist monks in the world.

Matilda was correct; the setting in the valley is quite superb and on a sunny day the yellow stone of the modern abbey is beautifully enhanced.

The abbey is also less than an hour away from Godefroi de Bouillon’s castle at Bouillon — to British eyes a real castle and not a French château (The French use the term château fort for a fortified castle).