From Ieper take the Menin Road (Meenseweg N8) or Zuiderring (N37) as far as the major roundabout where these two roads meet (Hellfire Corner during the war). Follow the signs towards Geluveld and the Bellewaerde Park. Just after Birr Crossroads CWGC Cemetery, on your right, you will see signs telling you to turn right onto Canadalaan.

Follow this road past Sanctuary Wood Cemetery and the Sanctuary Wood Museum and Trenches. At the end of the road (which is a dead end) is a parking area and the Canadian Monument. 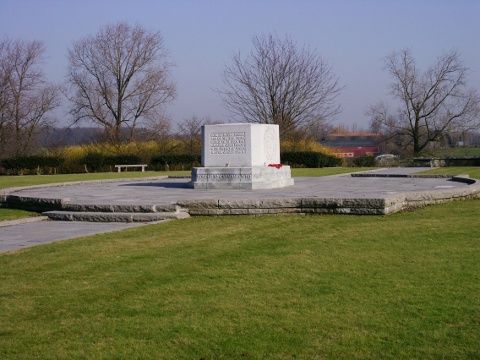 At 1307 hours on 2nd June 1916 (A month before the first day of the Somme) the Germans launched an attack on the three hills in this area to the south of Hooge. Just as the allies used mines so did the Germans, and of course gas and flame-throwers were now part of their standard armoury of assault.

The preparatory bombardment was the fiercest that the Canadians had so far encountered and if you visit the museum next door you will see shards of trees left by the bombardment.

Along much of this sector no man’s land was less than 150 metres wide and in their 8 kilometre front it was only in this area of Mount Sorrel, Hill 61 and Hill 62 that the Allied trenches overlooked those of the Germans.

The ferocity of the offensive forced the Canadians of their 3rd Division to retire and although the 1st Division launched counter attacks early on the 3rd June these met with little success apart from stemming the tide.

On the 6th June the Germans attacked again following the detonation of four mines and seized Hooge. 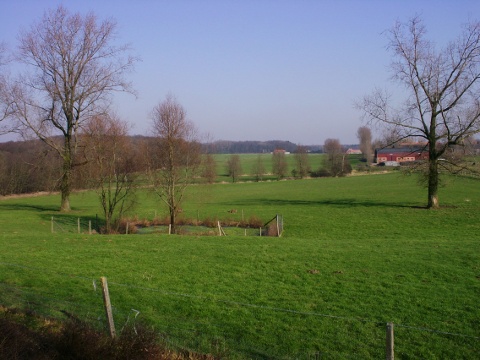 The Commander of the Canadian Corps, Lieutenant General Sir Julian Byng had only taken over his post on the 28th May and had lost his commander of 3rd Division killed (Major General Mercer) and that of the 8th Brigade captured (Brigadier General Williams).

The retirement of the Canadians had dented their pride and Byng (an Englishman) set to working on a methodical plan as to how to deal with the situation. He quickly decided that Hooge would have to wait until the hills at Mount Sorrel and Hill 62 had been retaken.

For once the Allies had no shortage of artillery, and were able to give as well as they had received when on 12th June they began an intense bombardment of the German positions.

The 1st Canadian Division under Major General Arthur Currie launched its counter attack at 0130 hours on 13th June. It was pouring with rain but this did not dampen their spirits as they swept the Germans out of the trenches.

The Official History states that:

The first Canadian deliberately planned attack in any force, had resulted in an unqualified success.

The positions regained by the Canadians remained in Allied hands until the German’s massive spring offensive in 1918.

Of course as in every other sphere of the war the success had not come cheaply and at Mount Sorrel Canadian troops suffered 8,430 casualties. Many of their casualties lie in either Hooge Crater Cemetery or Maple Copse Cemetery.

The monument proclaims that this is Mount Sorrel, but that is not quite true for Mount Sorrel is in fact the next hill over to the south east. Hill 62 being part of Tor Top.

Around the memorial is a lawn and the position at the top of Hill 62 provides a good view over the surrounding area, especially now that some of the vegetation has been cut back a little. 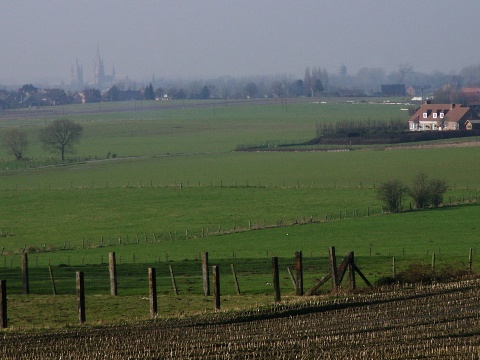 It is an indication as to just how close the Germans came that today the spires of Ieper can easily be seen five kilometres away.

Here at Mount Sorrel on the line from Hooge to St. Eloi, the Canadian Corps fought in the defence of Ypres April — August 1916