Terlincthun British Cemetery is situated on the northern outskirts of Boulogne.

From Calais follow the A16 to Boulogne, come off at Junction 32 and follow the D96E for Wimereux Sud. Continue on this road for approximately 1 kilometre when the Cemetery will be found on the left hand side of the road. However, it should be noted that the entrance to the cemetery is in St Martin’s Road, which is the road on the left immediately after the cemetery.

The first rest camps for Commonwealth forces were established near Terlincthun in August 1914 and during the whole of the First World War, Boulogne and Wimereux housed numerous hospitals and other medical establishments.

The cemetery at Terlincthun was begun in June 1918 when the space available for service burials in the civil cemeteries of Boulogne and Wimereux was exhausted.

It was used chiefly for burials from the base hospitals, but Plot IV Row C contains the graves of 46 RAF personnel killed at Marquise in September 1918 in a bombing raid by German aircraft.

During the Second World War, there was heavy fighting in the area in 1940. Wimille was devastated when, from 22-25 May, the garrison at Boulogne fought a spirited delaying action covering the withdrawal to Dunkirk. There was some fighting in Wimille again in 1944. The cemetery suffered considerable damage both from the shelling in 1940 and during the German occupation.

The cemetery now contains 4,378 Commonwealth burials of the First World War and more than 200 war graves of other nationalities, most of them German.

Some of the nationalities represented in the cemetery.

Note how in the CWGC cemeteries each nationality has its own shaped headstone.

Numerous soldiers survived the war only to die of the flu or to finally succumb to their wounds. 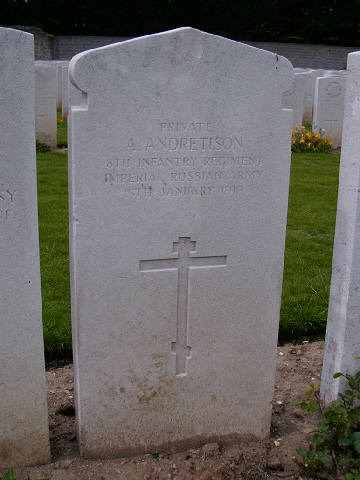 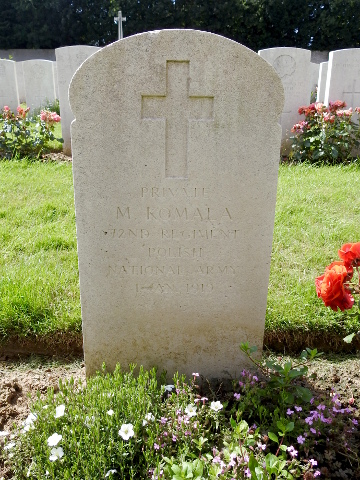 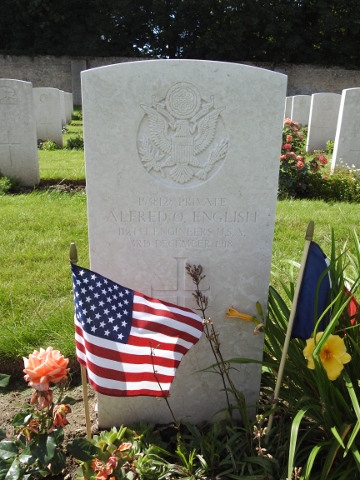 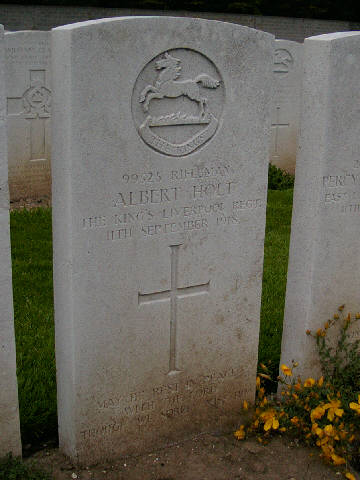 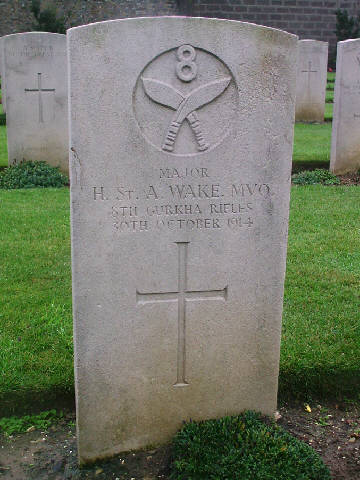 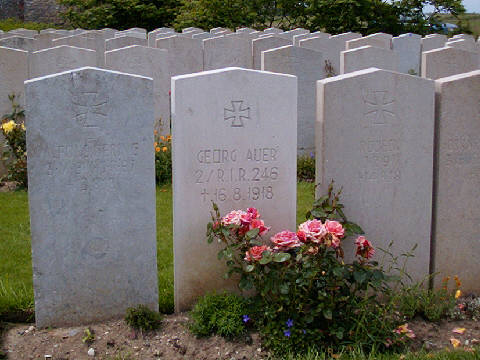 The German Plot in the far right corner 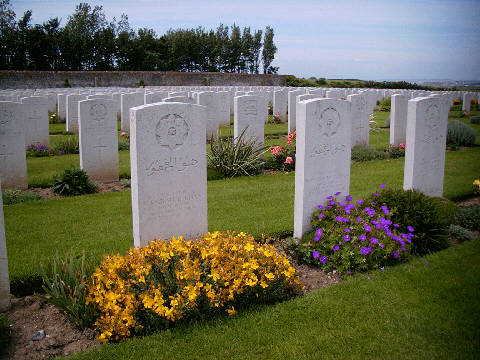 Soldiers from the Indian Army 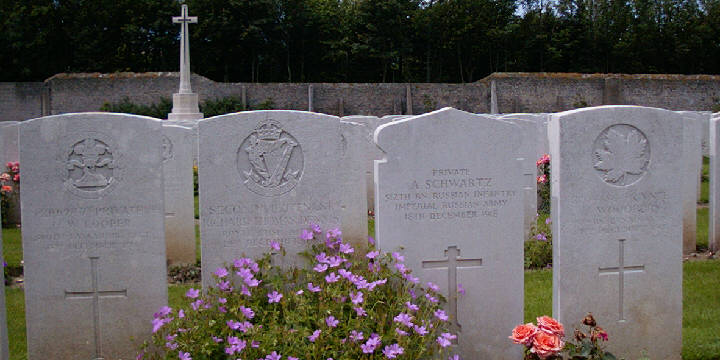 Various nations lying side by side

In July 1920, the cemetery contained more than 3,300 burials, but for many years Terlincthun remained an open cemetery and graves continued to be brought into it from isolated sites and other burials grounds throughout France where maintenance could not be assured. 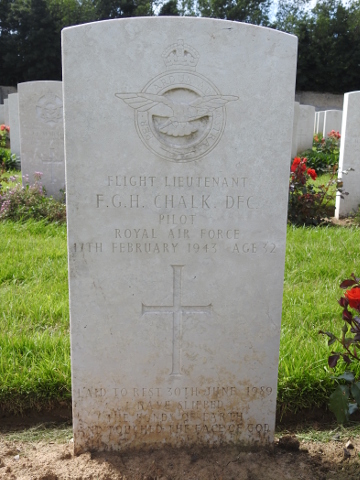 Chalk was originally commemorated on the Runnymede Memorial (England), but in 1989 a positive identification was made and he was buried in Terlincthun on 30th June 1989

Chalk joined the Honourable Artillery Company as a Gunner when war broke out. He later transferred to the R.A.F. as a Rear Gunner and won the DFC in June 1941.

On completion of a pilot’s course in 1942 he was promoted to Flight Lieutenant and became a Spitfire Flight Commander.

He was widely known in pre-war cricketing circles having captained the Oxford University team and later went on to captain Kent. 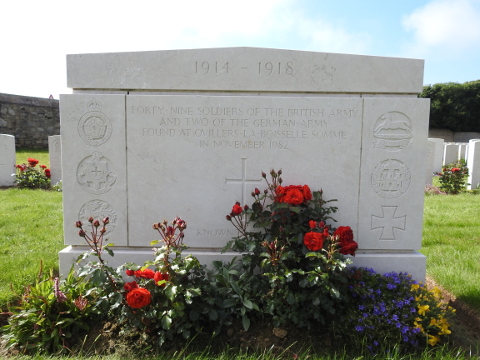 In November 1982, 49 British and 2 German soldiers were found in the vicinity of the La Boisselle on the Somme Battlefields 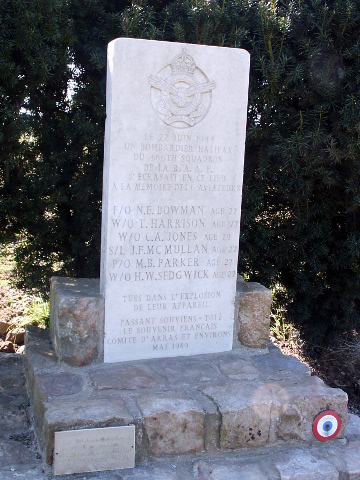 RAAF Halifax Memorial on the D54 at Houvin-Houvigneul

Just outside Frevent in the Pas de Calais you can find this monument on the route towards Houvin-Houvigneul (D54).

The tablet was erected by Souvenir Français.

It commemorates a Royal Australian Air Force Halifax bomber from the Second World War which crashed in the locality on 22 June 1944.

The crew was killed in the explosion and their remains were eventually brought here to Terlincthun for burial and they lie side by side. 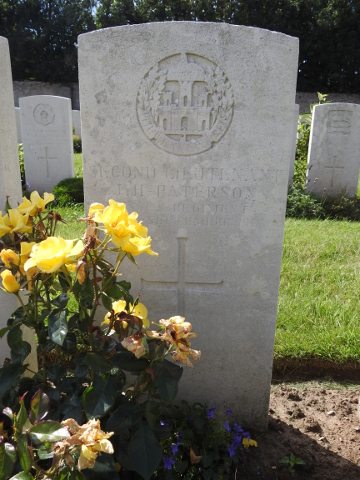 Shot at Dawn for Murder

One of only three officers who were shot during the First World War.

Paterson had originally joined the 17th Bn Middlesex Regiment (The Footballing Battalion) as an enlisted soldier. He arrived in France at the end of the 1915 and was wounded twice during the Battle of the Somme.

In 1917 he was commissioned from the ranks and sent to the 1st Bn Essex Regiment in September 1917. Six months later he deserted and made his way to Boulogne where he was recognised on the 3rd July 1918 by two members of the Military Police.

Paterson admitted his identity but was allowed into a house to say goodbye to a French lady. The two policemen remained outside the house to prevent their prisoner from escaping.

In trying to slip out the back of the house Paterson was confronted by Sergeant Harold Collison whom Paterson shot with his revolver. In the ensuing fracas Paterson made good his escape. Collison died of his wounds the following day.

The search for Paterson moved to St Omer where he was arrested by French Gendarmes. Although charged with both desertion and murder Paterson was only tried for the latter, found guilty and sentenced to death.