St.Martin-Boulogne is a commune in the Department of the Pas-de-Calais adjoining the north-east side of the town of Boulogne.

Follow the one-way street to the main road and turn left. This is the main road from the autoroute (Auchan). At the bottom of the hill at the roundabout turn right onto Avenue Charles de Gaulle (Route de Calais D96E).

After 400 metres, turn right onto Rue des Moulins. After three hundred metres, you have to turn right to go around the supermarket. Turn right and immediately follow the road around to the right to the cemetery. If you miss it, go around the shop and try again ! 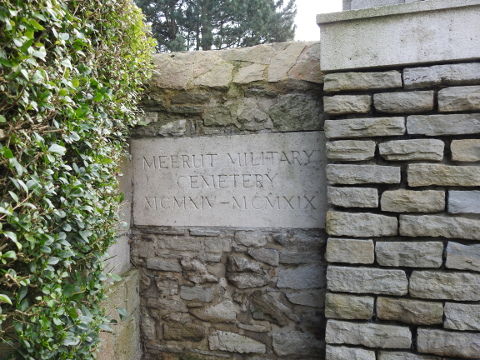 The Meerut Stationary Hospital was established at Boulogne from October 1914, when the Indian Corps arrived in France, to November 1915, when they left; the Cemetery is named after the hospital. 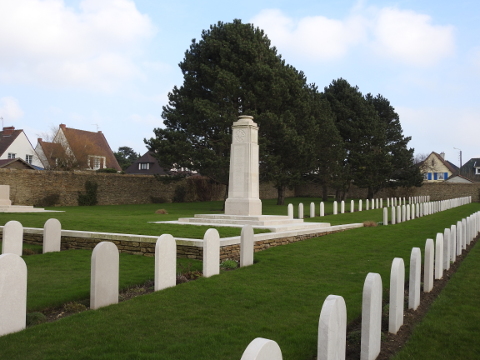 The majority of the Egyptian labourers buried here were killed in the air raid over Boulogne on the night of 4-5 September 1917. 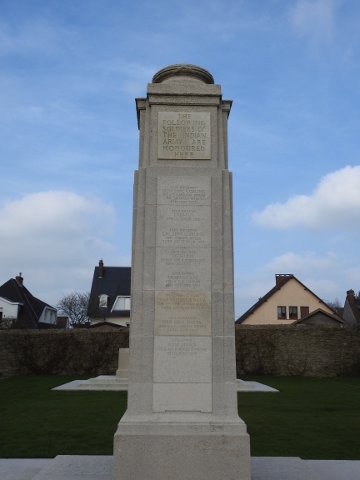 The cemetery contains 339 burials and commemorations of the First World War, including a memorial to 32 officers and men of the Indian Army, whose bodies were cremated in the cemetery in 1915. 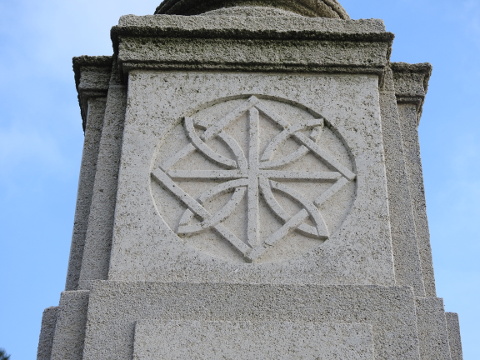 Detail on the memorial 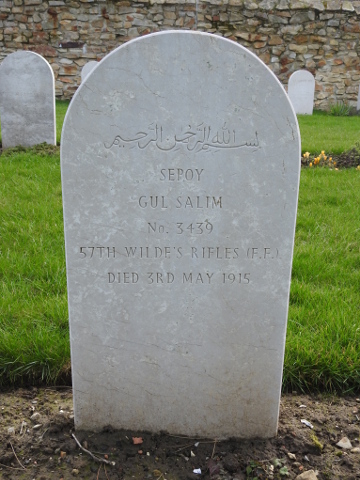 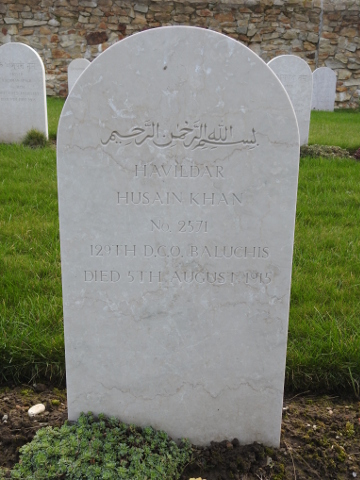 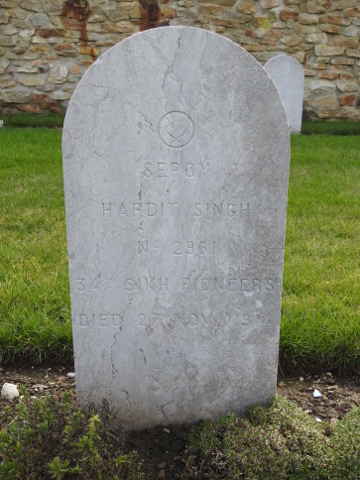 There is a memorial to the Chinese Labourers at St Etienne au Mont.