Boezinge is a village in the province of West Flanders, north of Ieper on the Diksmuidseweg road (N369). From the station turn left into M.Fochlaan and go to the roundabout, then turn right and continue to the next roundabout. Turn left and drive to the next roundabout and then turn right into Oude Veurnestraat. At the roundabout turn left onto the Diksmuidseweg, and follow the road under the motorway bridge; the Cemetery will be found on the right hand side of the road. 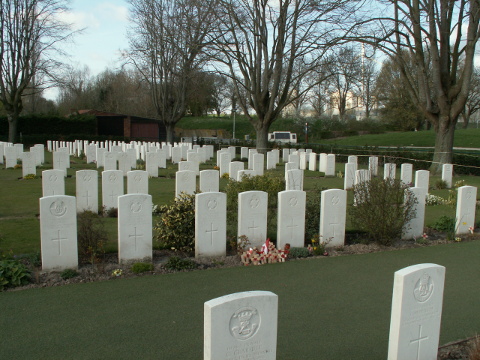 The land south of Essex Farm was used as a dressing station cemetery from April 1915 to August 1917. The burials were made without definite plan and some of the divisions which occupied this sector may be traced in almost every part of the cemetery, but the 49th (West Riding) Division buried their dead of 1915 in Plot I, and the 38th (Welsh) Division used Plot III in the autumn of 1916.

There are 1,200 servicemen of the First World War buried or commemorated in this cemetery. 103 of the burials are unidentified but special memorials commemorate 19 casualties known or believed to be buried among them.

It was in Essex Farm Cemetery that Lieutenant Colonel John McCrae of the Canadian Army Medical Corps wrote the poem In Flanders Fields in May 1915.

The 49th Division Memorial is immediately behind the cemetery, on the canal bank. 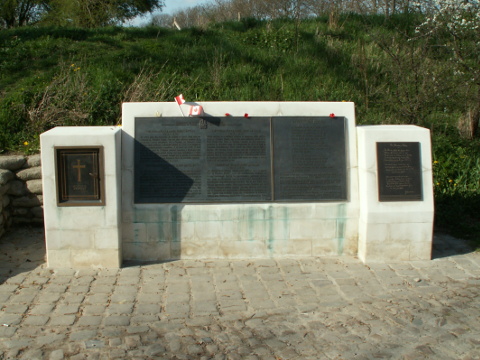 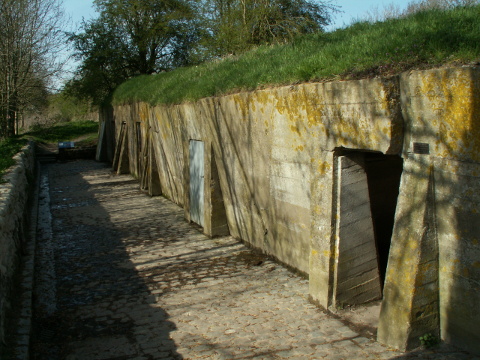 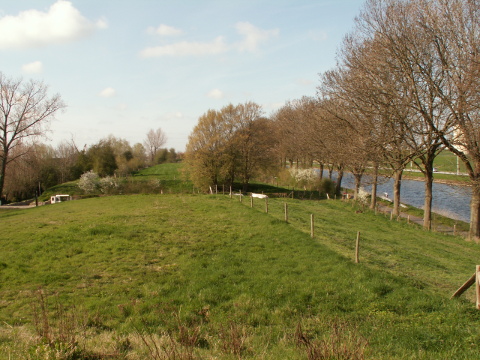 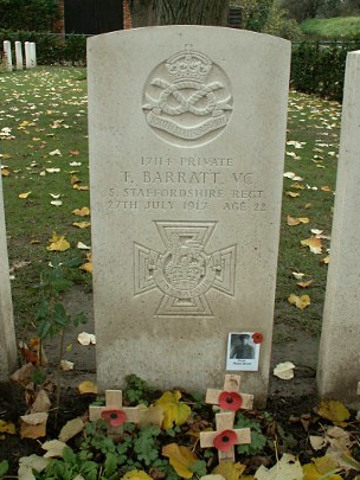 For most conspicuous bravery when as Scout to a patrol he worked his way towards the enemy line with the greatest gallantry and determination, in spite of continuous fire from hostile snipers at close range. These snipers he stalked and killed. Later his patrol was similarly held up, and again he disposed of the snipers.

When during the subsequent withdrawal of the patrol it was observed that a party of the enemy were endeavouring to outflank them, Private Barratt at once volunteered to cover the retirement, and this he succeeded in accomplishing. His accurate shooting caused many casualties to the enemy, and prevented their advance.

Throughout the enterprise he was under heavy machine gun and rifle fire, and his splendid example of coolness and daring was beyond all praise. After safely regaining our lines, this very gallant soldier was killed by a shell. 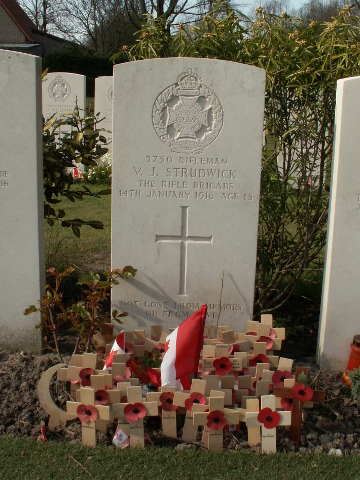 One of the youngest battle casualties of the war 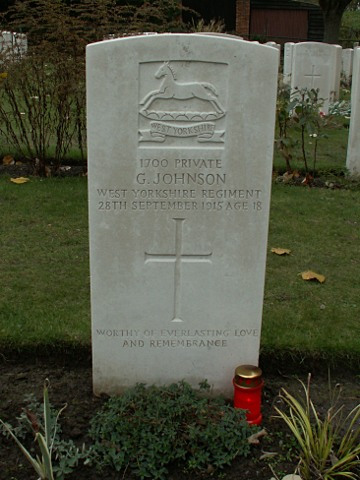 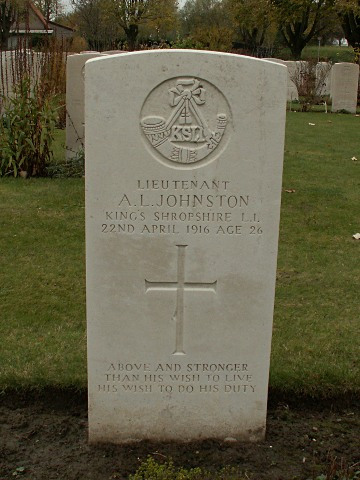