Aubigny-en-Artois is a village approximately 15 kilometres north-west of Arras on the road to St. Pol (D939). From the D939 turn onto the D75 towards the village of Aubigny-en-Artois. The Cemetery lies south on a road leading from the centre of the village, and the Extension is behind it. 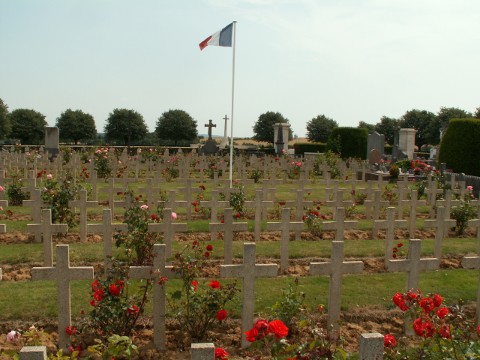 If you have come in off the Arras road, turn right just after the Carrefour Supermarket and continue into the village.

At a small roundabout in the centre of the village you will see a sign telling you to turn right up a narrow road between the buildings, towards a school — take it.

This is a one way system and brings you up to a large turning point and parking area. If you want to continue straight up the track to the cemetery (which is by now visible in front of you) there are a few parking spaces on the left.

On leaving the cemetery you have to follow the one-way system around to what is now your left and this brings you out onto the main street. Turning left takes you back to Carrefour and the D 939, turning right takes you back into the village and towards Mont St Eloi and Vimy.

From March 1916 to the Armistice, Aubigny was held by Commonwealth troops and burials were made in the extension until September 1918. 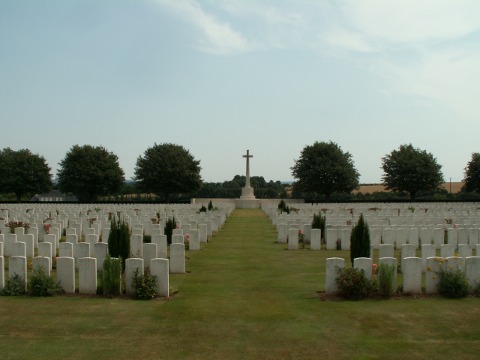 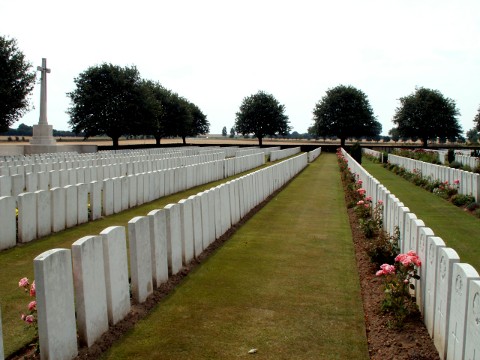 The extension now contains 2 771 Commonwealth burials of the First World War and seven from the Second World War.

The extension was designed by Sir Reginald Blomfield. 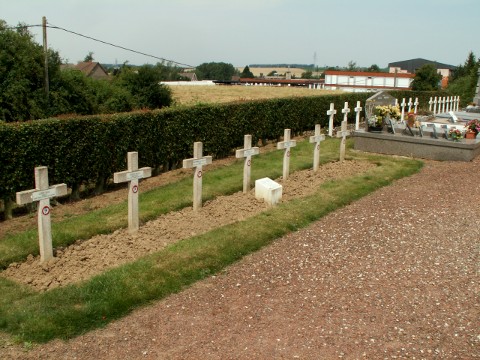 Civilians from Aubigny killed during both wars

Near the front gate there are a number of civilian burial marked with French military crosses. Some are children from the Great War others result from atrocities perpetrated by the SS in May 1940.

The Quarry where they were massacred is now the site of a memorial. It is easily found a few minutes driving from the cemetery. 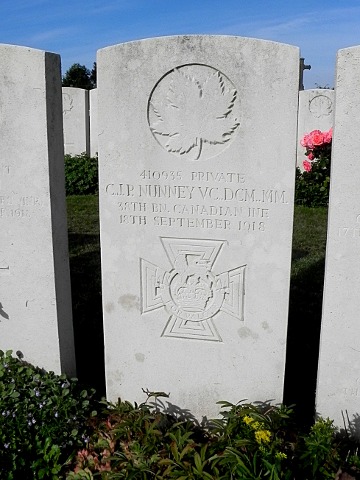 For most conspicuous bravery during the operations against the Drocourt-Queant line on September 1st and 2nd 1918. On September 1st, when his battalion was in the vicinity of Vis-en-Artois, preparatory to the advance, the enemy laid down a heavy barrage and counter-attacked. Private Nunney, who was at this time at company headquarters, immediately on his own initiative proceeded through the barrage to the company outpost lines, going from post to post and encouraging the men by his own fearless example.

The enemy were repulsed and a critical situation was saved. During the attack on September 2nd, his dash continually placed him in advance of his companions, and his fearless example undoubtedly helped greatly to carry the company forward to its objectives. 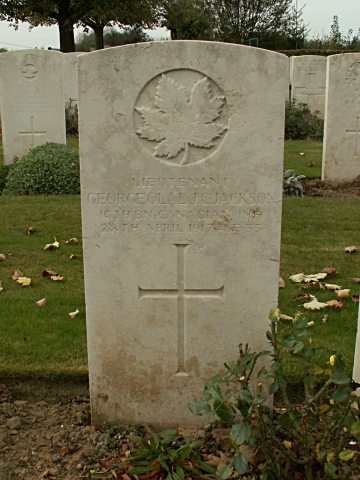 By the deaths of George Jackson and his brother Lieutenant Hugo Jackson, of the same Regiment, on the same day and in the same action, this branch of the family becomes extinct.

Hugo is buried at Ecoivres Military Cemetery a short drive from here in the direction of Mont St Eloi. 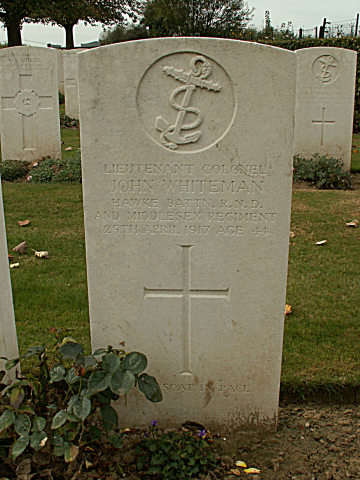 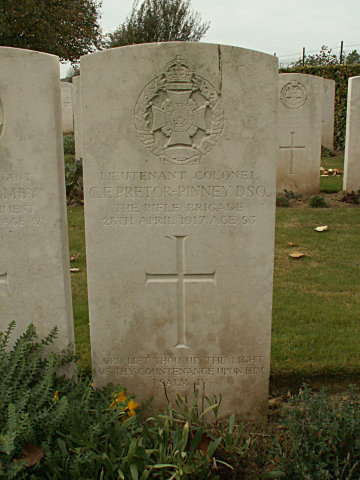 Écoivres Military Cemetery
The Battle of the Scarpe 1918
France: May 1940