Ramparts Cemetery lies within the town of Ieper itself, 1 Km south of Ieper Market Square. The Rijselsestraat connects the Market Square with the Rijselpoort (Lille Gate) and on to Armentières. Prior to passing through the Lille Gate and immediately after the Police station, is the right hand turning onto the Kanonweg. The cemetery is located on a pathway along the Ramparts, 50 metres along the Kanonweg. 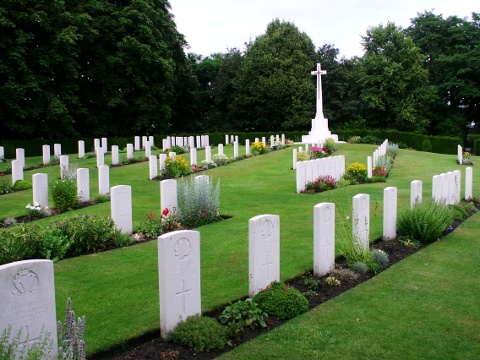 From October 1914 to the summer of 1918, Ypres (now Ieper) formed the centre of a salient held by Commonwealth (and for a while French) forces.

From April 1915, the town was bombarded and destroyed more completely than any other town of its size on the western front.

The cemetery is by the Lille Gate, on top of the old rampart, over what had been dug-outs. It was begun by French troops in November 1914 and used by Commonwealth units at intervals from February 1915 to April 1918.

The cemetery contains 198 Commonwealth burials of the First World War. The French graves have been removed. 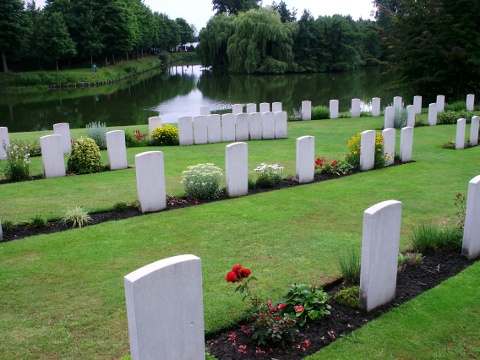 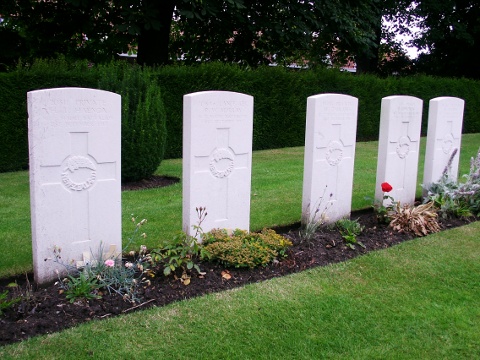