Souchez is a village some 12 km north of Arras on the main road to Béthune D 937. You will pass Cabaret Rouge Cemetery on your left before descending the hill into the village. The monument is on your left and there is a parking bay just behind it.

Note the memorial to Général Ernest Barbot and his Alpine Division which is alongside.

The memorial was erected to honour the 700 inhabitants of the Pas de Calais who lost their lives in the conflicts of North Africa between 1952 and 1964. 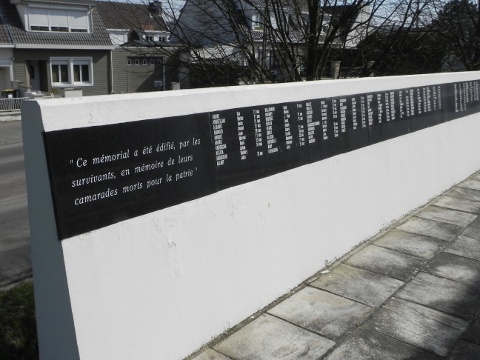 France’s colonial wars in northern Africa are complicated and have left stains on the communities on both sides of the Mediterranean Sea. The following is intended to be a very basic outline of events in order to explain why there is a monument here.

France conquered Algeria in 1830 and eventually divided it into three Départements of France in 1848. Numerous French colonists headed to Algeria in search of a new life. These Frenchmen became known as the pieds noirs (black feet) because their footwear made it look as though whilst their skins were white, their feet were black.

Not all of the indigenous population were enamoured by the take over of their country and numerous insurrections took place over the years. However Algerian native troops would fight for France during both world wars.

Their participation in these wars engendered a growing desire for independence in Algeria and this resulted (as it so often does) in minor incidents resulting in major repressions. On 1st November 1954 the FLN launched a number of attacks against French targets and called on the population to rise up against their colonial masters.

The French for their part viewed this rebellion against law and order as something that would not be tolerated in France. Algerian public opinion was divided at first with many believing that life under French rule was not so bad, but many swayed towards openly supporting the FLN as events got bloodier.

The killing by the FLN of 123 people at Philippeville (Now Skikda) in 1955 resulted in retaliatory massacres by the French armed forces in which thousands died. The backlash to this severe crackdown by the security forces was that young recruits flocked to join the FLN guerilla groups to avenge their dead.

The French however had some 400,000 troops stationed in the country and had little difficulty in recruiting Algerians loyal to the French state to fight against the FLN cells (The Harkis). French methods became proficient at rooting out FLN units and denying them the ability to coerce the local populace into giving them aid, but the measures required the forced displacement of entire villages into fortified encampments where the villagers lost their sense of identity (as well as their traditional livelihood). 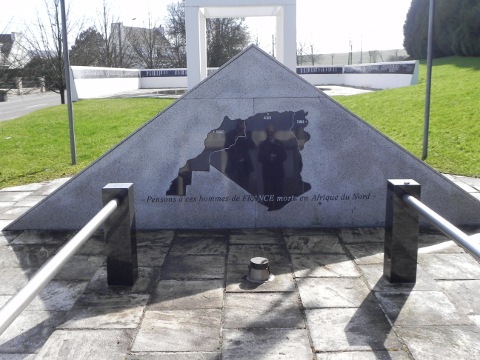 The map of North Africa

France had lost Indochine (Vietnam) in 1954 and its military leaders were fearful that their political leaders no longer had the will to see things through in Algeria. This vacuum in political power created a situation where many saw the figure of Charles de Gaulle as their only hope of saving France.

In 1958 de Gaulle was brought back to power, but his method of dealing with Algeria was not all that the military had been expecting. By granting Muslims the vote and putting forward economic and other social initiatives, de Gaulle took much of the wind out of the FLN’s sails, but he had also already understood that granting Algeria its independence was, in the long term, going to be the only solution.

On 22nd April 1961 a group of French Generals seized power in Algeria, claiming that they had been betrayed by de Gaulle. Within days the putsch had collapsed following an emotive call by de Gaulle to the soldiers to refuse to obey the Generals’ orders.

The professional army’s involvement in the putsch (as opposed to the ordinary soldier most of whom were conscripts) tarnished their reputation and assisted the negotiations between the French government and the FLN.

The war in Algeria was something that touched (through conscription) almost every household in France. It remains an emotive and highly complicated subject viewed from the two opposing positions of France and Algeria.

The subject of brutal colonialism, State level torture of suspects, the massacre of thousands of Arabs has given rise to a lot of soul searching in France over the subject of commemorating the dead. France officially only recognised a war in 1999, up until then they only spoke of the Events in Algeria.

On the 19th March at Notre Dame de Lorette you will see flowers laid out forming 19 03 62 the date of the official cease fire and one of the dates put forward as a suitable date for commemorating the dead – but some organisations hold to other dates. It is hard to even be certain if they are commemorating a victory or a defeat, for whilst militarily the French won the day in the short term, ultimately Algeria gained its independence through the insurrection.

Another side effect has been the attitude to the Muslim community within France. Whether or not they hold French citizenship they are considered by many French people as a community apart – les Arabes – who have a different culture, wont speak French and have had enormous difficulty in integrating into French society.

In the aftermath of the war the treatment of the Harkis by both sides was brutal. Tens of thousands were murdered by the new Algerian regime who considered them as little better than collaborators with the enemy. Those who had managed to flee to France were confined to internment camps surrounded by barbed wire.

Despite the fact that many of these families arrived in France because of their involvement with the French military over the past hundred years, they are considered by French Nationalists as undesirable. Sadly, Muslim graves have been a constant target of attack, to the extent that Notre Dame de Lorette has had to be put under CCTV surveillance. 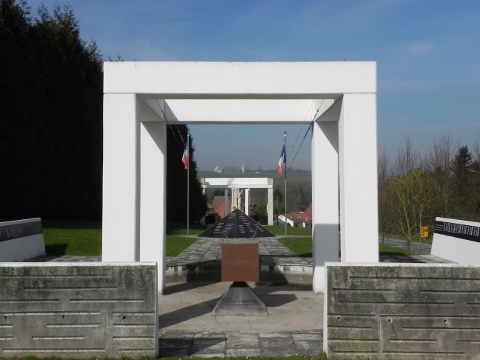 The basilica and lantern tower of Notre Dame de Lorette on the hillside
Thousands of north African soldiers, both native and colonist are buried in the surrounding cemeteries

The first stone was laid on the 3rd March 2002 and the memorial was inaugurated on the 22nd September 2002. It is composed of four distinct parts: the gate, the stone plaque, the memorial and the garden.

The plaque at the entrance explains that the central pathway is aligned (through Barbot’s monument) towards Notre Dame de Lorette on the hillside where within the lantern tower crypt lies France’s Unknown Soldier from the North African war.

The granite block shows a map of northern Africa with an inscription stating that we should remember those who fell there.

The actual memorial is a hollow white cube symbolising the Earth in a round basin – the sky. Within the cube a second, red, cube is suspended representing the hearts of those who died. From it pour the tears of those who mourn their loss onto a black granite pyramid.

Around this simple but symbolic representation the walls carry the names of the 700 soldiers who Died for their country (remembering of course that at the time Algeria was still considered an integral part of France).

The twelve trees within the small memorial garden represent the twelve years of the war.

Some of the exhibits from an exposition created by military history enthusiasts offering a general background to the events in Algeria.

The other memorials in Souchez