Sains-lès-Marquion is a village in the Department of the Pas de Calais, about 2 km south of Marquion, which lies on the main Arras to Cambrai road, 14 km Cambrai.

Ontario Cemetery is 1 km due south of the village on the road (D15) to Havrincourt. 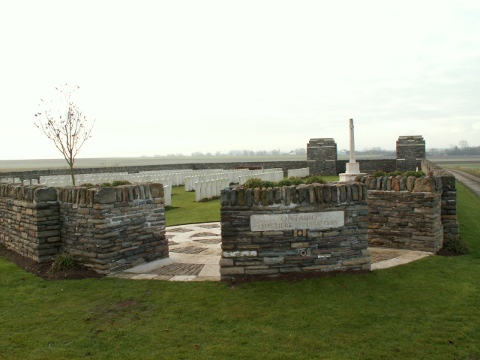 The cemetery was made at the end of September and the beginning of October 1918, after the capture of Sains-lès-Marquion (on the 27th) by the Canadian Division.

It contained, in its original form, the graves of 144 soldiers from Canada and ten soldiers (or sailors of the Royal Naval Division) from the United Kingdom; the majority of the Canadian graves belonged to the 2nd, 3rd and 4th Battalions, all of which were raised in Ontario.

It was enlarged after the Armistice by the concentration of graves, partly from the battlefields, but mainly from the neighbouring German cemeteries, including:-

There are now over 300, 1914-18 war casualties commemorated in this site. Of these, a quarter are unidentified and memorials are erected to three soldiers and one airman from the United Kingdom and one soldier from Canada, buried in other cemeteries, whose graves could not be found on concentration.

The Cemetery covers an area of 949 square metres and is enclosed by a rubble wall. 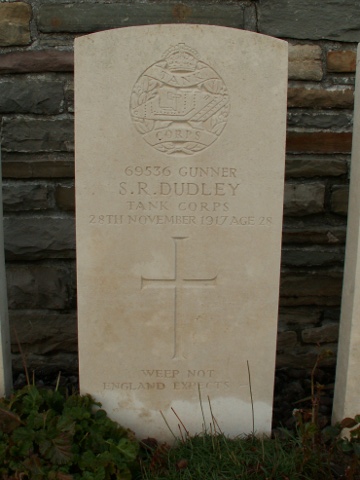 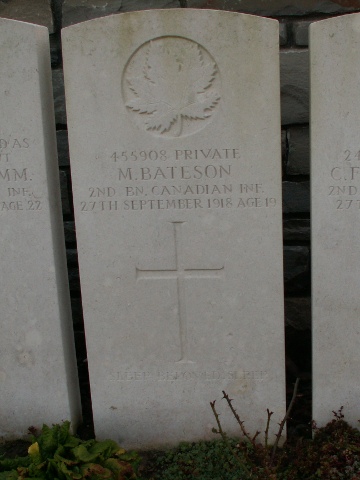