Blaringhem is a small village situated approximately 8km to the north of Aire sur la Lys. From Aire take the D 943 road towards St Omer. One kilometre after the village of Wittes turn right onto the D 106 in the direction of Blaringhem. The canal crossing is controlled by traffic lights.

The brewery is situated on your right just after the bridge. There is some parking available.

The road is named after a member of the French Resistance, André Plockyn, who was killed here in 1944

There are four Great War burials in the church which is a little further into the village. 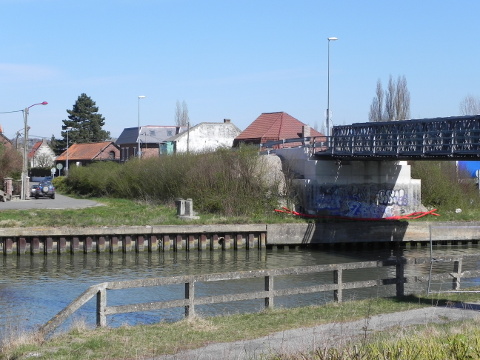 The area has known a lot of conflict over the centuries with English, French and Spanish armies taking it in turns to march across its territory. The nearby hilltop town of Cassel was the scene of three important battles that formed modern France and also saw heavy fighting during the retreat towards Dunkerque.

Within the last century the Germans used the general area as launching bases for their V1 missiles against the United Kingdom. The remains of a Ski Site forms a walk in the wood at Huits Rues less than 10 km away near Sercus on the D 106. 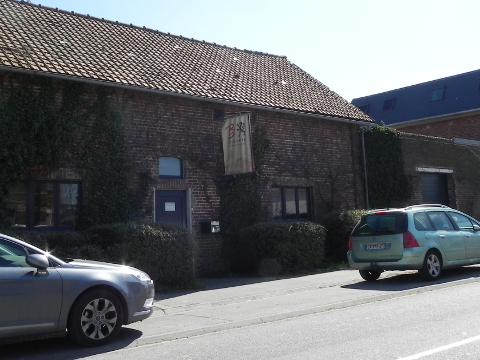 Situated well behind the lines the area was used by the New Zealand Expeditionary Force on its arrival in France from Gallipoli in 1916.

Divisional Headquarters had proceeded by mail train to the concentration area of which Hazebrouck was the centre, and the advanced party reached the railhead, Steenbecque, on 13th April. The troops began to arrive there on the 15th. Divisional Headquarters and the Artillery were at Blaringhem. The 1st Infantry Brigade was concentrated round Morbecque. The Rifle Brigade round Steenbecque, and the 2nd Brigade round Roquetoire.

Over the next few months the Division was stationed along the front near Armentières where it learned the ways of warfare in Europe. During August 1916 the New Zealanders were relieved by the 51st (Highland) Division and were instructed to re-concentrate on Blaringhem before commencing the journey down to the Somme in preparation for the Battle at Flers on the 15th September 1916. 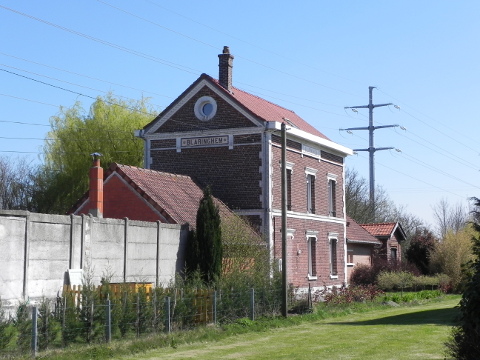 The old railway station at Blaringhem

During this short stay on a quiet area of the front the Division suffered 370 soldiers killed and over 2,000 wounded.

This small independent brewery was launched in November 2006 as a hobby by two friends: Olivier Duthoit and Mathieu Lesenne. Having created an excellent product the two friends soon discovered that they had met with commercial success. The hobby had become a viable brewery. 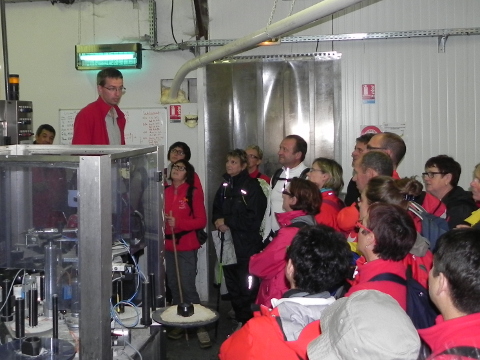 The Brewery is located on the border between the two historical counties of Flanders and Artois and the owners have remained true to the traditions of the region. These fine beers have been created from regionally produced ingredients for a local population that appreciates quality. For this reason most of the sales are through smaller specialist outlets rather than the large chains of hypermarkets.

The site of the brewery used to be a distillery that would have been known to soldiers passing through this area during both world wars. Those two wars however put paid to the financial success of the distillery and it was forced to close. 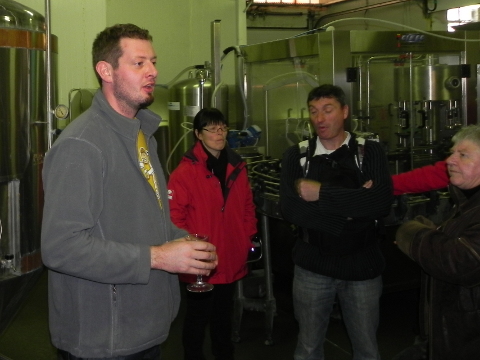 The brewery’s original vats had originally been used by a Canadian micro brewer before being imported to Lorraine by a French brewer. Since their opening Olivier and Mathieu have been constantly upgrading their equipment in order to increase production and ensure the quality of their product.

In June 2012 further works were carried out at the brewery with the creation of a purpose built bottling room, a new stock room and the purchase of two new vats.

With the aid of the larger vats production can be increased to 3,000 hectolitres a year.

A visit of the brewery is Possible but only by prior appointment and for groups of at least 10 people. 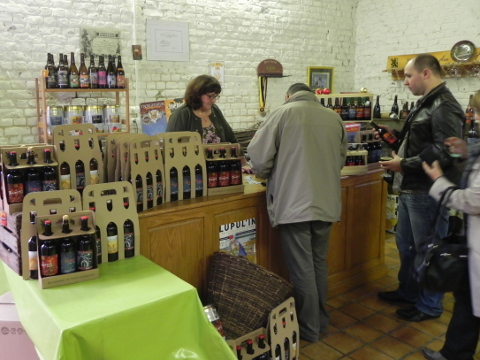 The entire range of beers is available

The brewery has created a large range of beers which are available in bottles of 33cl and 75cl. Some of the more popular beers are also available in 5 litre mini-fûts.

All of their beers are top fermented.

The original line of beers soon proved to be extremely popular. 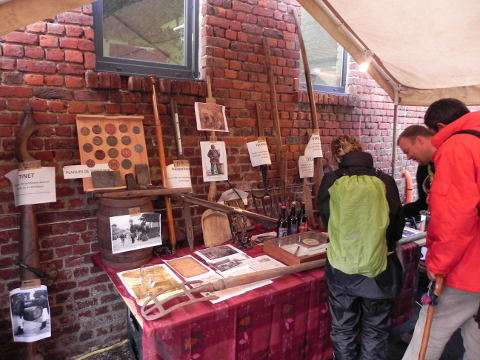 Following the success of their highly hopped spring beer the brewery decided to develop a new range of beers in 2010 using a heavier dosage of hops than is customary. This gives the beers an extra bitterness whilst offering a flowery after taste.

The name comes from the local patois version of : à la prochaine – see you later.