Le Quesnoy is an old town in the Départment of the Nord, 15 km south-east of Valenciennes on the road to Le Cateau and Avesnes.

The most direct route from Cambrai is to take the Route de Solesmes (D942) in the direction of the town of that name. On the outskirts of Cambrai you will pass the German Military Cemetery which also has large plots of British, French and Russian soldiers.

On arrival at Solemes you will see signs for Le Quesnoy—still following the D942. As you arrive in Romeries you will see the CWGC Cemetery Extension on your left. You now start to follow the New Zealand Division as they edge towards Le Quesnoy.

You will arrive in front of the town walls much as the Division did. The old railway line has gone, to be replaced by a main road. Enter the town, which is a bit of a maze, and continuing along Rue de la Nouvelle Zélande aim for the centre of the town and the Post Office: Bureau de la Poste.

British visitors will note that the bar on the corner is called Le Cambridge. It refers to the town of Cambridge in the Waikato Region of the North Island of New Zealand—a short drive from Hobbiton.

Park in the square and then walk through the archway in the building to the right of the post office. Follow the signs for the New Zealand Memorial. 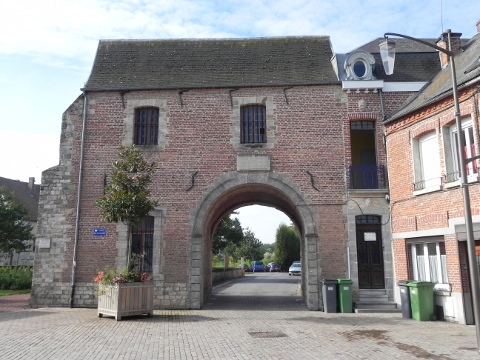 Walk through the archway following the signs

The general objective for the Third Army on 4th November 1918 was the high ground running from Locquignol, through the Forêt de Mormal, and on to Frasnoy and Jenlain (Famous today for its brewery) where it joined with the First Army. 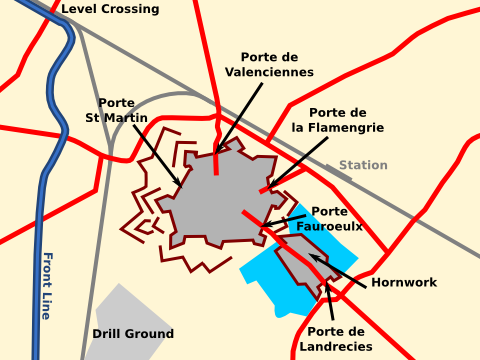 The major obstacle for IV Corps was the fortified town of Le Quesnoy with its civilian population still within its walls. Formerly a Spanish/Austrian citadelle the structure was improved by Louis XIV’s chief engineer Vauban and subsequently enhanced over the years as munitions and siege tactics changed.

The decision not to attempt a direct assault on the fortifications was an easy one and the plan was for the New Zealanders’ 3rd (Rifle) Brigade to flow around the town.

The battle in greater depth

Confronted by the ramparts the riflemen vied with each other to be the first to get into the town. On the south-eastern side the 3rd Rifles had hoped to gain access by the Landrecies Gate, follow the road along the hornwork and then cross the bridge via the Fauroeulx Gate (The traditional way of conquering the town). The bridge however was heavily defended and casualties were taken. 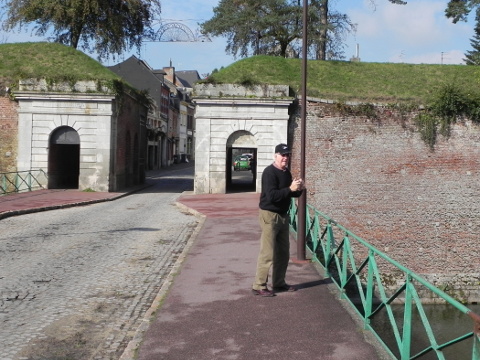 Facing the western flank of the citadel the 4th Rifles had only been required to advance to the railway line (now replaced approximately by the ring road). This did not discourage them from sending patrols into the maze of fortifications. Lt Colonel Harold Barrowclough and his Intelligence Officer, 2nd Lieutenant Lesie Averill came forward to locate the companies and do a bit of exploring of their own. 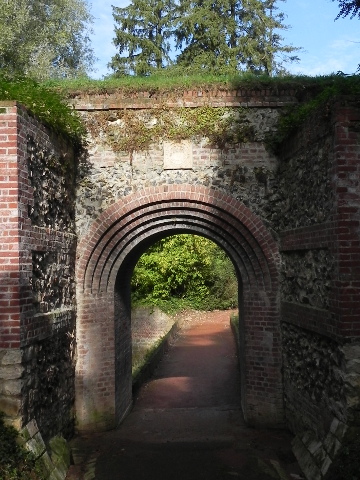 Note the fern leaf on the archway

Averill was now ordered forward with a Lewis gun section and a scaling ladder. They managed to climb over the first demi-lune easily enough and then scaled another wall where they met up with other riflemen. From this point they were now within the final section of the dry moat with the citadel wall directly in front of them.

A battle party led by 2nd Lieutenant H Kerr and accompanied by Averill was organised into three teams. One for each of the flanking bastions and the third to secure the top of the ladder.

Under cover of all the fire that was available the party worked its way across the sluice-bridge to the wall. With fingers crossed the ladder was raised and found to not only reach the top of the wall but to slightly overlook it. Luckily for the attackers the grass on top of the wall concealed the ladder from view.

It was about 1600 hours and with two of the men steadying the ladder Averill went up. Reaching the top he surprised two Germans who fled with Averill firing his revolver after them. He was now joined by Kerr and the two men could see that the machine gun post covering the moat had been abandoned.

Clambering down the embankment into the town they found that any Germans they came across soon fled. With the remainder of the battalion now clambering their way up the ladder, led by Lt Colonel Barrowclough himself, the task of mopping up the town had begun. 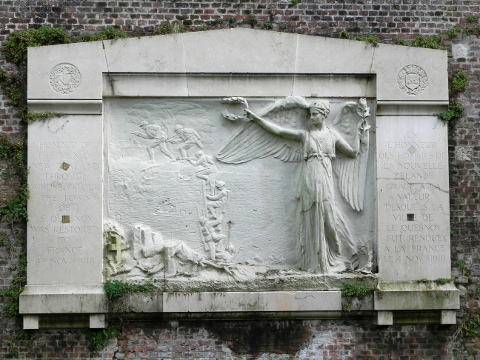 The Le Quesnoy Memorial is located on the inner ramparts of the town near where Lieutenant Leslie Averill scaled the ladder on 4th November 1918. This site was suggested by Samuel Hurst Seager, who designed the other three New Zealand battlefield memorials. To its left is the narrow sluice-gate bridge, over which the New Zealanders moved to set up their ladder.

Seager suggested that instead of the obelisk styled monument, used at the other sites, that the memorial at Le Quesnoy should be a sculpture inserted into the wall near the spot where the epic scaling of the walls had taken place. New Zealand sculptor Alexander Fraser produced a model which was used by Félix Desruelles (who also sculpted the town’s war memorial) to complete the work.

Seager also suggested that the sculpture should be accompanied by a viewing balustrade with a sunken garden in the moat below.

The monument was unveiled at a ceremony on 15th July 1923 attended by Maréchal Joseph Joffre, Lord Milner and the New Zealand High Commissioner in London, Sir James Allen.

The plaque shows a winged victory holding out a victor’s laurel crown over the heads of the New Zealanders as they climb the walls of the fortress. Behind them are scattered crosses reminding us of the sacrifice required to reach the town.