Château-Thierry is a town 40 kilometres south of Soissons. The cemetery is located on the right hand side of the N37 on entering the town from Soissons (named on sign Cimetière Militaire de Château-Thierry).

There is a small amount of parking space available on your right as you come down the hill immediately before the cemetery. 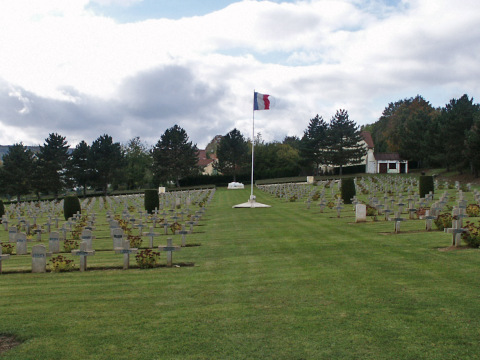 Château-Thierry French National Cemetery contains the graves of more than 2,000 French soldiers and among them are those of nine Commonwealth servicemen (including two unidentified), who died in September 1914 and May 1918, and one British Red Cross man attached to the French Army. 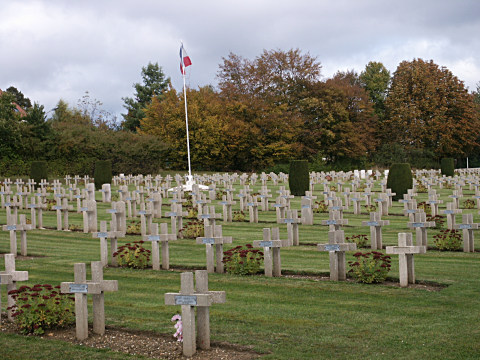 Three of these graves were brought in after the Armistice, two from Belleau French Military Cemetery, and one is represented by a special memorial. 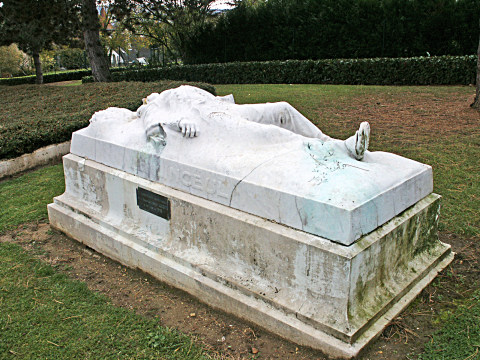 To the rear of the French Cemetery you will see this fine memorial to a fallen French Soldier slowly being covered by the falling snow. It was created by a local sculptor Achille Jacopin in 1916. 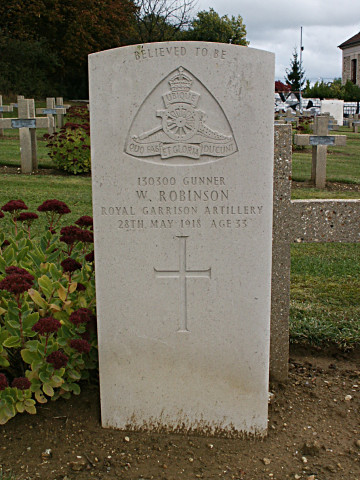 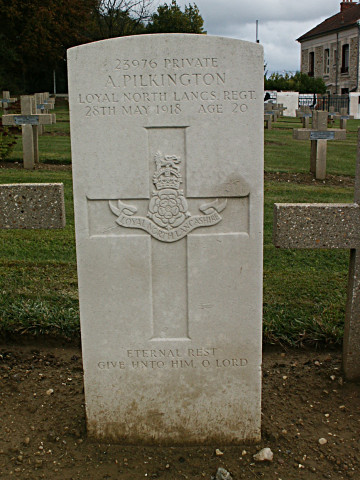 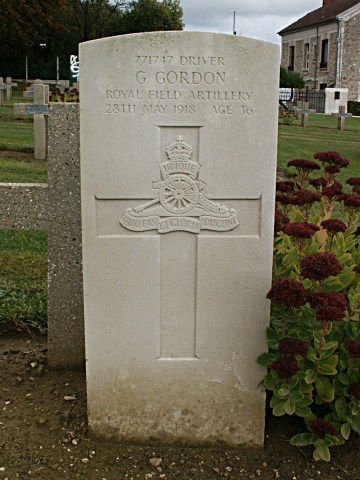 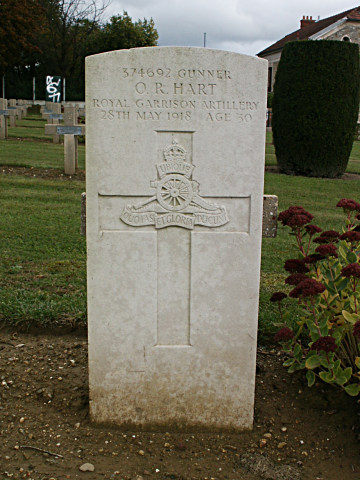 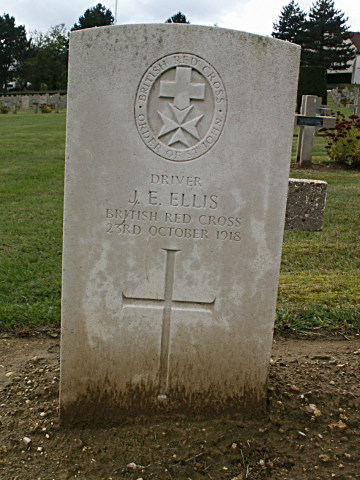 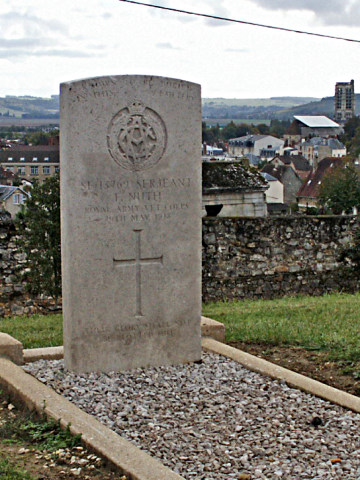 Unfortunately I managed to miss the grave of the other soldier: