Follow this road for seven kilometres and you will arrive at Belleau. Pass the American cemetery on your left and immediately after it on your left you will see the German Military Cemetery. 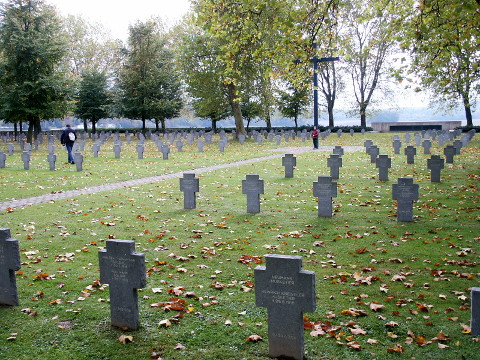 Belleau Wood was the scene of a desperate struggle by the novice American Army to counter attack the German advances made in May 1918.

The German Military Cemetery at Belleau was established in March 1922 as a concentration cemetery by the French military authorities.

8,630 German soldiers lie within its walls, a telling reminder of the cost in human life to the German Army in the fighting for the area. Casting a glance over to the left and you can see the American cemetery, within a few hundred metres, with its sweeping curve of white crosses.

Here in the German Cemetery the soldiers often lie with one headstone between four men giving an overall smaller feel than its neighbour (which actually holds only a quarter of the number of dead—though many of the American dead would have been repatriated after the war it should be pointed out).

The soldiers have been brought in from smaller locations between the Chemin des Dames and the Marne. 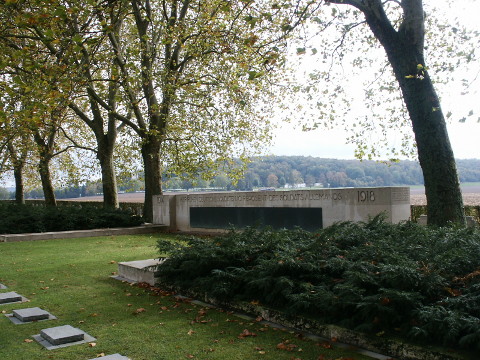 The mass graves and memorial plaque

By the end of the battle in August 1918 the German army had used more than 100 divisions: firstly in their initial massive assault and afterwards in the fighting retreat to the Aisne and their original starting lines.

Of the soldiers lying here 4 308 have individual graves (Twenty-two are unidentified — Unbekant) the remaining 4,322 lie in two mass graves to the rear of the cemetery. Of these only 487 have been identified and their names are engraved on a commemorative plaque. 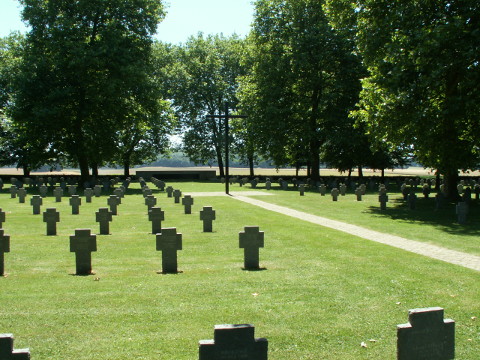