Webmatters : The US 2nd Division memorial at Lucy le Bocage

The village of Lucy le Bocage is situated approximately twelve kilometres to the west of the town of Château-Thierry in the Department of the Aisne.

Follow this road for seven kilometres and you will arrive at Belleau. Continue past the Aisne Marne American Cemetery until you reach the D 82 on your left after a kilometre. Turn left towards Lucy le Bocage. On arrival you will see the village church and immediately in front of it a small triangle with the memorial stone—I did once have to search under snow to find it ! 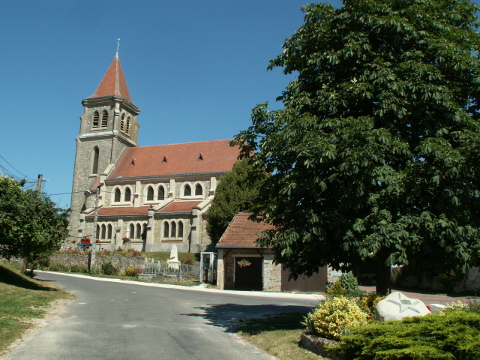 On 3rd June the tired French attempted a counter attack. In itself it achieved little in the way of territorial gains, but the German reserves were now exhausted as well.

The US 2nd Division had been intended to follow up their 1st Division’s success at Cantigny and were a hundred and fifty kilometres away from Château-Thierry when the order came in to move to Meaux. From there the troops were marched the thirty kilometres to Lucy le Bocage where they arrived on 1st June 1918.

Over the next few days the remnants of the French Divisions holding the front fought a fighting retreat as they retired through the Americans.

The US 2nd Division was composed of the 3rd Brigade (9th and 23rd Infantry Regiments) and
the 4th Brigade (5th and 6th Regiments of the US Marines).

Each regiment consisted of three battalions and a machine gun company giving a total strength of almost 4,000 men. Including its engineers and artillery a US Division weighed in at about 28,000 soldiers—twice the size of a British or French Division and by this stage of the war sometimes four times the size in reality.

On 6th June 1918 the Division launched its first assault (The 4th Marines Brigade) on Belleau Wood. Conducted without sufficient artillery support the attack faltered in the face of blistering machine gun fire.

Over the next few weeks the Wood would eventually fall to the Marines whilst, in an all but forgotten second advance, the infantry of the 3rd Brigade took the village of Vaux on 1st July.

Although thrown into the line at short notice the Division had shown that the Americans were not to be derided as fighting troops. 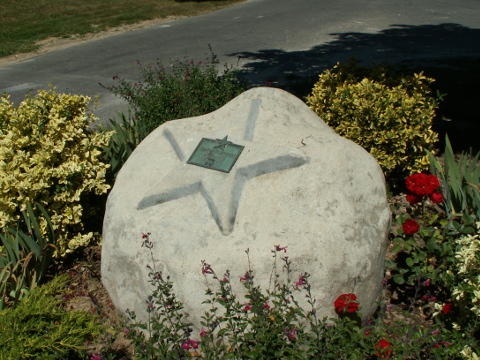 There are a number of these memorial stones in the area. Another can be found on the hill behind the American Chapel at Belleau.