Follow this road for seven kilometres and you will arrive at Belleau. The cemetery is immediately on your left. Belleau Wood and the USMC Monument is immediately behind it.

Note that direct access to the wood is not possible from the cemetery. You have to take the road (facing the church) which runs up and behind the cemetery. 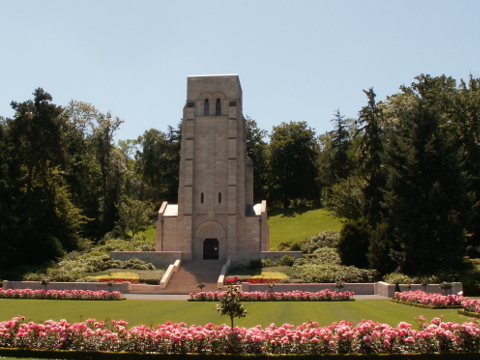 Belleau Wood was the scene of a desperate struggle by the novice American Army to counter attack the German advances made in May 1918. Their victory gained, the American Army buried its fallen in a sweeping curve at the base of the hill on which the wood stands. 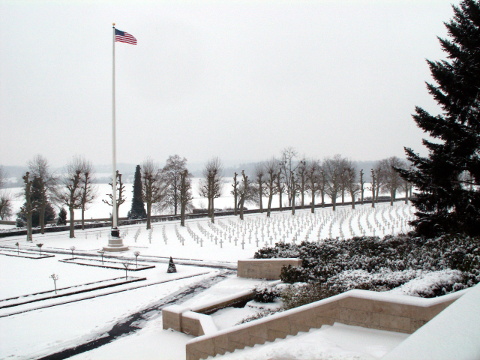 It contains the graves of 2,289 American Dead, most of whom fought in the vicinity and in the Marne valley in the summer of 1918. 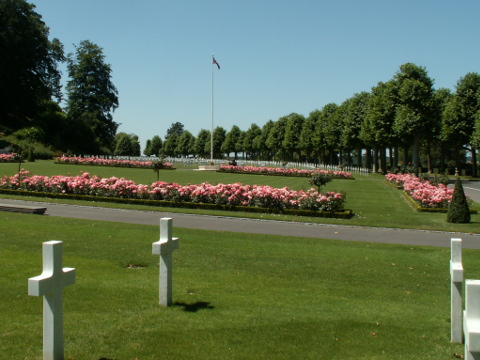 The white marble crosses or Stars of David record the unit details of each casualty and their State. It should be remembered that a large proportion of the remains of American casualties were repatriated to their families after the war. Records are only held for those in the Military Cemeteries. 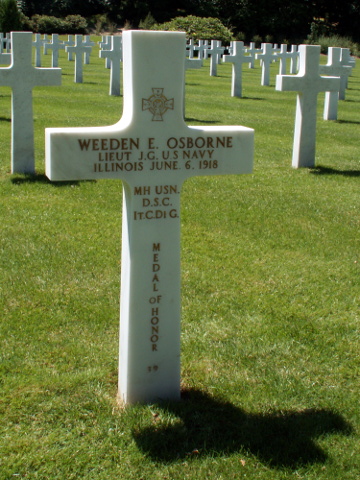 For extraordinary heroism while attached to the 6th Regiment, US Marines, in actual conflict with the enemy and under fire during the advance on Bouresches, France, on 6 June 1918.

In the hottest of the fighting when the marines made their famous advance on Bouresches at the southern edge of Belleau Wood, Lt Osborne threw himself zealously into the work of rescuing the wounded.

Extremely courageous in the performance of this perilous task, he was killed while carrying a wounded officer [Capt Duncan 96 Coy, 2nd Bn, 6 Marines] to a place of safety.

The main street in Bouresches is named in his honour. 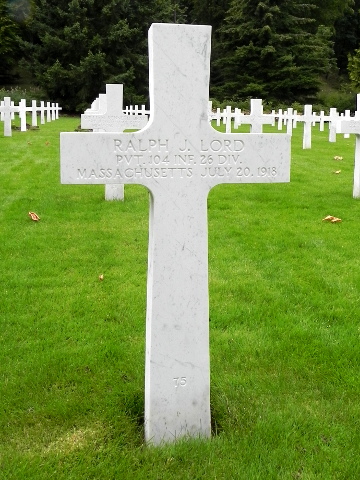 In the centre of the curve and immediately in front of the entrance a memorial chapel has been erected. 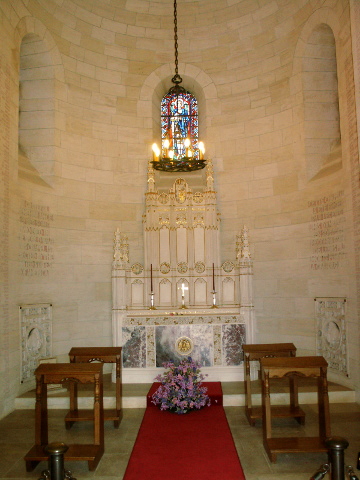 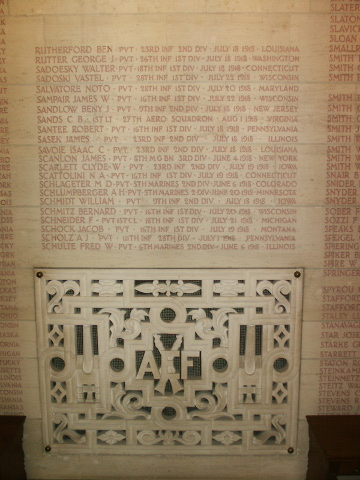 Inside the walls have been inscribed with the names of the 1060 missing from fighting in the area. 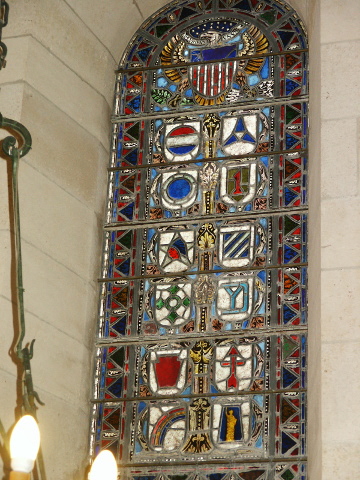 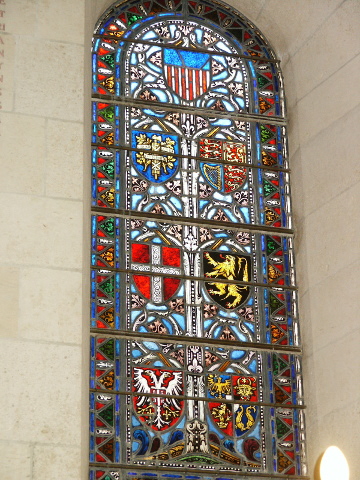 The stained glass windows show fighting soldiers as well as the insignia of the participating allies of the war.

Cram and Ferguson of Boston, Massachusetts were the architects of the cemetery’s memorial features.

The cemetery is open daily to the public from 0900 to 1700 except 25th December and 1st January. It is open on other French national holidays. When open, a staff member is on duty in the Visitors’ Building to answer questions and escort relatives to grave and memorial sites. 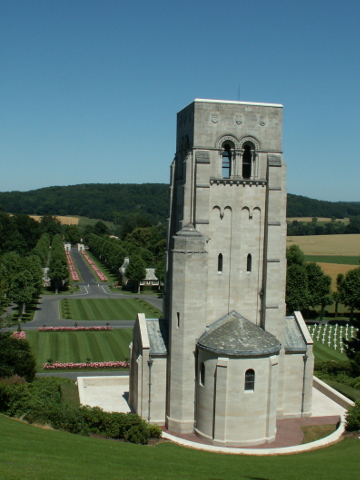 If you climb the somewhat treacherous pathway up the hill behind the Chapel you will get a fine view looking down and across the area as well as finding one of a number of memorial stones to the 2nd Division. Others are at Bouresches and Lucy le Bocage. 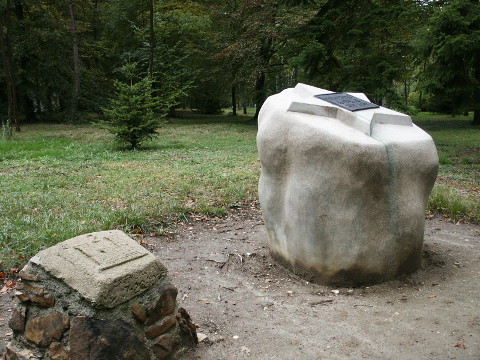 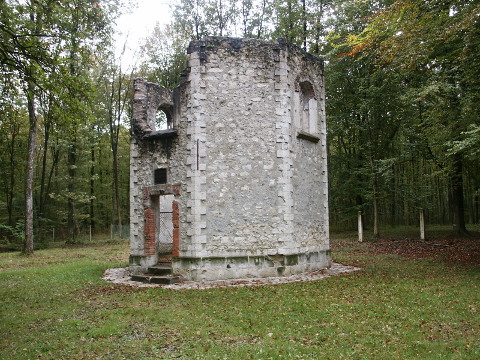 Up in the trees you will find this Pavillon de Chasse which featured prominently in the final moments of the battle for the wood on 26 June 1918. 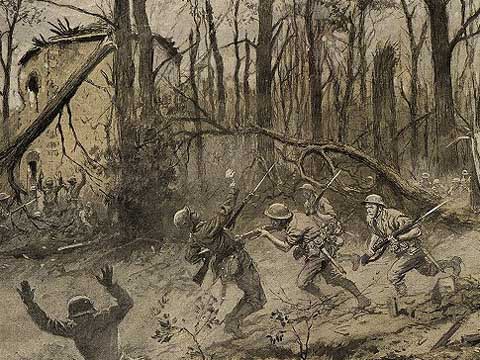 It also features in a well known drawing for the French publication l’Illustration, by the French artist Georges Scott showing the taking of the wood by the Marines.

Although it at first appears that you can enter the wood from the Cemetery grounds you cannot.