St Venant is a town in the Department of the Pas-de-Calais, 15 kilometres north-west of Béthune. The Communal Cemetery is 1 kilometre east of the town. Leave the church and head east crossing the main road at the base of the bridge over the river. After 500 metres the car park for the Communal Cemetery is found on the left hand side.

It is also possible to walk along the canal from the town memorials and past the lock to the cemetery. 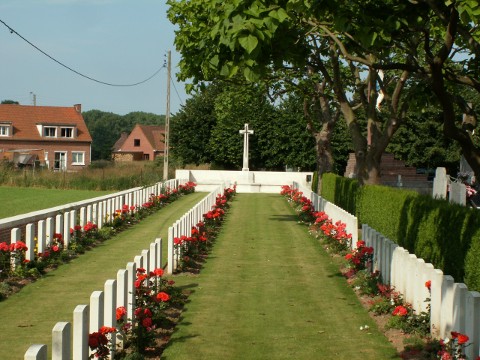 From January 1915 to October 1917, British and Indian Casualty Clearing Stations were posted at St. Venant.

In April 1918, in the Battles of the Lys, the Germans advanced half-way between Merville and St. Venant, but the latter town remained in British hands. On the West side of St Venant Communal Cemetery is the Indian Plot (I), used from January to July 1915; behind that is a French Military Plot; and behind the French Plot is Plot II, used from August 1915 to December 1916.

Two British graves are in a civilian plot. 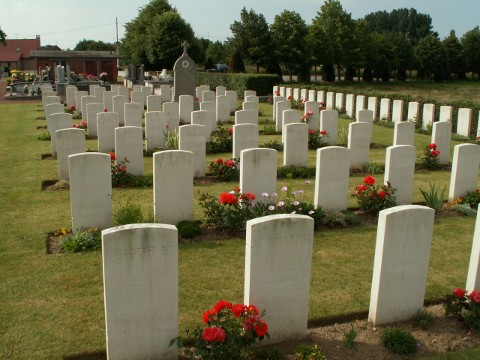 During the 1939-45 War, St. Venant was the centre of heavy fighting when delaying actions covered the withdrawal of the British Expeditionary Force to the coast. In fact British troops continued fighting at St Venant after the evacuation of Dunkirk, and 90 or more were buried in a mass grave in a field at St Venant. 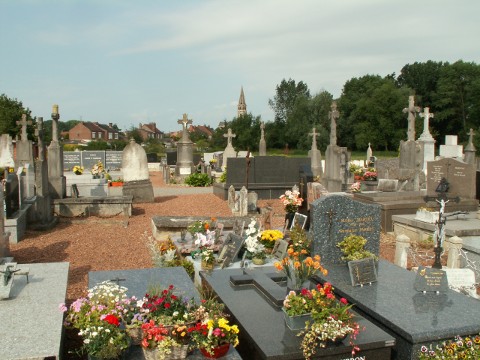 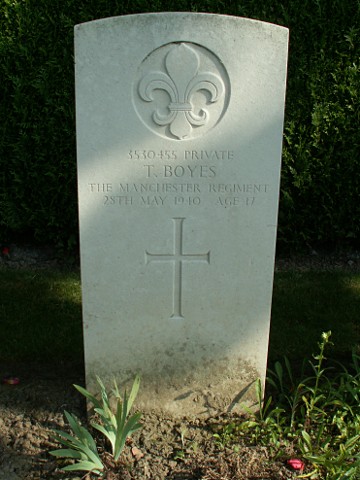 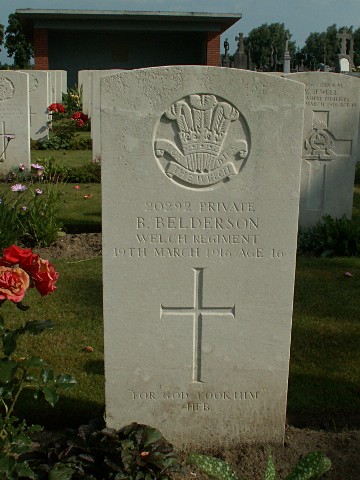 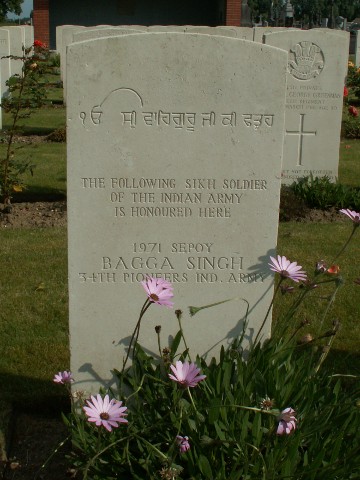 Note that the stone states that he is honoured here — not buried. Followers of the Sikh and Hindu faiths believe in cremation. They still receive a memorial headstone however. 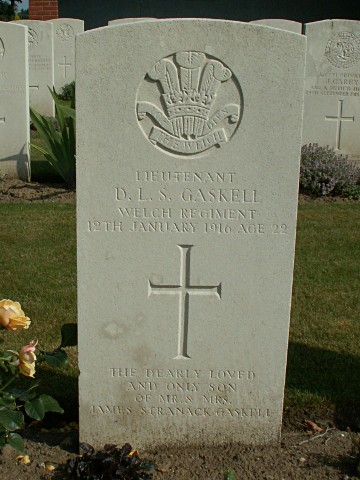